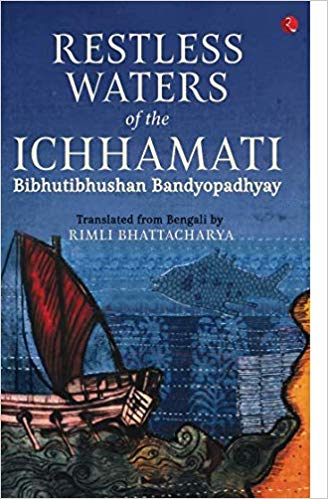 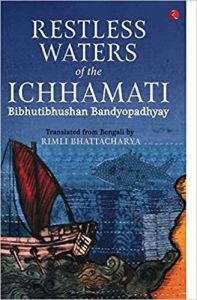 Bibhutibhushan is my favourite Bengali author and his epic narrative of life as it was lived by the banks of the Ichhamati river in the latter half of the nineteenth century, in what is now Bangladesh, one of my best loved novels. I can open it at any page and start reading only to put it down at the end. I have done so innumerable times. Yet I’ve never had the courage to translate it. In fact I have hesitated to translate any work of his barring the story ‘Mouriphul’ which I included in my collection of short fiction by contemporary Bengali authors.*

Bibhutibhushan’s sensibility is so deeply enmeshed in the sights, sounds and scents of rural Bengal, his narrative so skillfully woven out of the warp and the woof of a bygone era, his gaze so strangely subjective and objective at the same time and his language such an extraordinary blend of the earthy and lyrical—I felt I just couldn’t match it in English.

So it was with considerable interest and anticipation that I started reading Restless Waters translated by Rimli Bhattacharya. I wanted to find out how the translator had tackled a task I had found impossible and achieved what I had thought—the unachievable. But before I come to the translation, a few words about the scope and theme of the book.

Ichhamati  is not history. Nor is it a historical novel. Therefore it should not be mistaken for one and put to a test that it does not attempt. The characters and incidents are purely fictional and even the locale is a product of the author’s imagination. There is no record of a village named Panchpota, situated on a bank of the Ichhamati, two hundred years ago, nor of an indigo planter who went by the name of Shipton. None of the other characters from the planter’s kulin Brahmin dewan, Rajaram Ray, to Nalu Pal the low caste but enterprising businessman, are located in any historical or biographical document barring Mr Colesworth Grant, the traveller and writer referred to as pagla saheb by the villagers. That such a man did exist and travel extensively through the district of Jessore is borne out by a book titled  Anglo Indian Life in Rural Bengal published in 1864 with his name on the title page. Colesworthy Grant was also in the habit of sketching. Two illustrations, An Indian Yogi  and A Bengali Woman, were carried in the book which, in terms of the narrative, are those of Rajaram Ray’s sister Tillottama and her husband Bhabani Barujje.  But there is no evidence to support Bibhutibhushan’s claim.

Yet Jessore was the hub of British plantation economy in Bengal. The Indigo Revolt or the indigo disturbances, as the British preferred to call them, has been immortalized by Deenbandhu Mitra in his classic drama Neel Darpan (Indigo Mirror). The nexus between the planters and their native officials, who facilitated the forcible acquisition of fertile land meant for rice cultivation to plant indigo instead, thus enabling the planters to pile up immense fortunes in India while leaving the peasants in a state of semi starvation, has been the subject of much nationalistic writing in Bengal. But though the cultivation of indigo, in all its varied aspects, is integral to the lives of the common folk living in Panchpota,  Ichhamati is not such a work. Unlike Neel Darpan it raises no emotions of agitation or betrayal. It neither provokes nor calls for retaliation. It simply raises a curtain and transports the reader to a different space and time…to a slow, leisured way of living in a world fraught with pain and injustice yet never dark and gloomy.  It is like a film that unravels gently; as gently as the river after which it is named. It is a piece of pure art.

Caste hierarchy is rigidly maintained in the village of Panchpota. At the apex are the kulin Brahmins whose ancestors received the kaulinya maryada from Raja Ballal Sen in the eleventh century. After the sacking of Kanyakubj (Kanauj) by Mahmud Ghaznavi  a large group of fleeing Brahmins sought sanctuary in the Hindu kingdom of Goud. They were welcomed by the king, given lands and wealth but the special kaulinya maryada was reserved for only the best. The king’s test was based on nine qualities—status, conduct, humility, devotion, scholarship, hours spent in prayer, number of pilgrimages performed, extent of charitable works and powers of oratory. Only those who passed it received the title of kulin.

In the reign of his son Lakshman Sen the title was made hereditary. Kulins were divided into thirty-six mels or clans. Along with this a highly complicated code of laws governing marriage was set in motion.  As per the code intermarriages between the mels was forbidden. There were other restrictions. The bride and bridegroom had to belong to the same generation. That is if the man was from the seventh generation from the founder of his mel the  girl had to be of the seventh generation from hers. Genealogical records called kulaji or kulashastra were kept by matchmakers and only they could decide who could marry whom. This system or code of laws was called parjya. Under the parjya system women were at a severe disadvantage. The pressure on a kulin father was tremendous. He had to find husbands for his daughters because failing to do so would condemn fourteen generations of his ancestors to hell fire. But the parjya system limited his options so greatly that mismatches and polygamy became the order of the day.  A father might be constrained to marry his ten year old daughter to a man of eighty. He might be forced to wed all his daughters to the same man. As a result polygamy became a lucrative profession. Kulin males went from village to village marrying and collecting money from the fathers of their brides. Apart from marrying and ‘saving’ her, a kulin husband had no other duty or obligation to his wife. In the novel under review three kulin sisters, Tilu, Bilu and Nilu are married to Bhabani Barujje because he was the only man who fulfilled all the requirements demanded by the parjya system.

At the bottom of the pyramid are the untouchables…tanners, scavengers and doms. Slightly above them are the nabashakhs…weavers, potters, blacksmiths, milkmen, oil pressers, etc. Above them are the kayasthas and just a notch above, the baidyas or medicine men. All live in apparent harmony in an unjust, insensitive society simply because they have been born in it and been conditioned into believing in it for generations.

But change is in the air. Lines are blurring. Not only in the physical sense such as the coming of the railways to Panchpota and the presence of humane Englishmen like Mr. Colesworthy Grant who empathize with the natives and treat them with sensitivity. The most persecuted section, women and the lower castes, have started questioning the injustice of what they have to endure.  Nalu Pal of the potter caste, who is seen carrying a head load of paan to sell at the village haat and hiding from Mr Shipton in terror, in the first page of the novel, is a wealthy industrialist at the end; so wealthy he can afford to buy  Mr. Shipton’s kuthi bari with all its accessories. His wife Tulsi is overwhelmed with gratitude when the Brahmins of Panchpota agree to have a meal of fruit in her house dressed and served by Brahmin women. But that is in the beginning. Towards the end of the novel she wishes to give them a cooked meal. Since they won’t eat rice in the house of a nabashakh she has bought the best ghee and wants to fry luchis and serve them with her own hand. She has no qualms about expressing her desire. She feels she is perfectly justified. The other women of the village back her up by eating at her house after their disapproving husbands have gone to bed.

Living with co-wives was supposed to be as natural as waking up to the morning sun. Resentment and jealousy between wives were considered almost on par with loss of chastity. But the expression of pain and discontent is rearing its head. Bhabani Barujje’s second wife Bilu, a spirited and vivacious woman, becomes withdrawn and unhappy over the years. She tells her husband that he doesn’t love her: he only loves Tilu.  He has no answer because he knows it to be the truth. Childless and unloved by her husband, the depression that sets in sends Bilu to an early death.

Coming to the translation, Rimli Bhattacharya’s English is flawless and she holds herself close to the text. Her writing flows smoothly and spontaneously. Till we come to the dialogues. And here I must confess I got a jolt every time. Rural people of East Bengal speak a quaint, sibilant-ridden dialect, very different from the Bangla of Kolkata which is the accepted norm. In her passion for fidelity the translator has substituted it with another dialect which sounds like the English spoken by plantation slaves in 19th century America. Sentences like ‘An’ who’s tole you that the saheb’s a comin’ and  ‘We’re po’r folks’ sound incongruous in the context. The use of simple colloquial Bengali with a liberal scattering of indigenous words like names of food items, flora and fauna, kinship terms and exclamations would have worked better. However, that is my personal opinion. I wish the book good luck and I hope it attracts the attention of many readers because it is indeed worth reading.

Aruna Chakravarti, an  academician and  translator, has translated  Saratchandra Chatterjee’s Srikanta (Penguin Books India, 1993), which won her the prestigious Sahitya Akademi Award, Those Days, a translation of Sunil Gangopadhyay’s Sei Samai, (Penguin Books India 1997),  and First Light, a sequel to Those Days.