A Game Of Poetic Descriptions 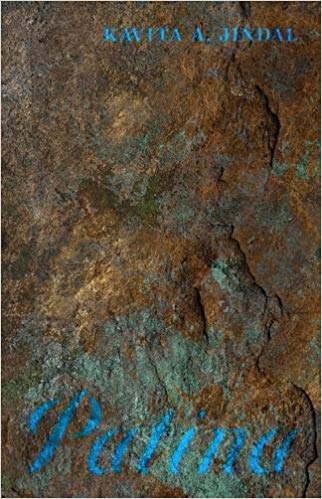 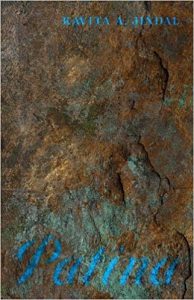 Poetry cluttered with lists or images dressed in poetic descriptions pretending to create a lyrical experience to revel in are quite common. It is also, largely celebrated by magazine editors and flourishing winning awards. So, I was not surprised to read in the June/July issue of The London Magazine, Paul Griffin’s essay ‘How Not to Write Poetry’, discussing how the teaching of poetry is left quite wanting. He laments that in this learning process students make ‘lists of words and then write poems using these words describing objects or situations.’ Recently, there has been a wider debate about ambiguity in poetry as well. Griffin also makes a point that ‘poems are very often little more than a jumble of disconnected images.’ The nature of the ‘spoken word’ culture that now engulfs us bears no compass to what real poetry recital should be. Additionally, we must remember that just the traditional construction of poetry with rhymes and metres does not always make poetry. It must deliver us to the challenging content. Hence, when I apply the mentioned canon to three recent collections here, I put them in this order: Patina by Kavita A Jindal, then Tigress by Jessica Mookherjee and finally, The Waiting by Usha Akella. I rush to point out, however, that each poet’s approach is completely different in lyricism, in applying traditional forms, and in making poems transcend from ‘describing objects and situation’. With magical simplicity, Jindal connects easily with readers by steering away from describing objects or situations. Mookherjee’s world is quite leaden with descriptions, and Usha Akella, suitably for her devotional quest, completely sheds worldly clutters and detailed events.

Jindal’s softer and measured but reflective voice serves her well in achieving a startling realism, often magical. Her scattered observations are well weighed up to create a mood wrapped in an endearingly lyrical language. She has poignancy and grace laced in simplicity. In ‘Anything But’ this example of simplicity speaks volume where—‘On Not Being a Muse’—a woman is objectified by an artist (man?) and has to deliver a portrayal, but in conclusion will not be ‘static’, call it her liberation from the expected perception.

Gladly I will do it all Anything but be

Static while you are active Anything but be

The one from whom you source

What you make your own. 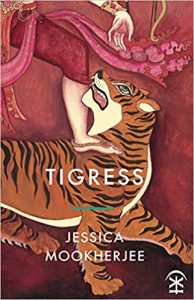 Jindal’s poems show us that the beauty around us is not the derivative of any ostentatious aesthetics but the metaphorical patina. Patina brings time, history and value into play. This metaphorical patina assimilates from one’s reactions to adverse encounters in life. Her poem ‘Piccadilly Line Salon’ brings this point home by the poet putting us in the middle of women peering, pouting, slicking, and flicking doing their make-up in the morning on the tube. It contrasts with ‘Should I rustle in my satchel? / Check in a mirror/ for bits of breakfast pear/ stuck in my teeth?’ We are left wondering about the artificial images wearing the make-up versus charming and unassuming reality; the pitch is of the artificial against the natural. Jindal succeeds in her craft with lyricism and restrains as displayed in her other poems about the lack of clean water for some, Brexit, hashtag, Trump, and Boris. Thus, while the poet engages with personal perspectives, she also indulges in current affair concerns. Here is a poet that claims ‘When slow living comes back in fashion/ I will claim as I have always done/ …That I was here first.’

In Tigress, Jessica Mookherjee wants to shout and narrate the world that makes her crouch, the world that overwhelms her. The events in the poet’s life play out her torturous journey growing up as a migrant child in the merry-go-round of cultures, lands, adulthood, and the parental canopy tearing itself as an umbrella of safety to feed uncertainties. Starting from ‘me lurking inside her (mother’s) eggs, like a tiny spark’, the unborn child arrives on a plane from Bangladesh ‘from one/ part of the dying Empire, landing like an actress’, father condemned as a Hindu, to the adolescence of ‘I open drawers, letters, cupboards, read everything/ to lie, cheat, steel my way into someone else’s life.’

The more heart-rending is the figure she cuts of her mother, a woman struggling to define her being. The poem of the title, ‘Tigress’, captures the inner wars of this woman who would be a tigress but resigns to submission.

Behind her husband’s back

She plans an attack.

Until it starts to get dark. Until its time

to take her pills.

This collection is not all about immigrants’ life, or about growing up in alienation, or trying to figure out parents lost in making a new home as migrants, or about struggles. It is also about a woman’s wrestles with hostile realities, father’s unemployment, mother’s illnesses, poet’s negotiation with two tugging cultures, deciphering the meaning of conflicting images of fatherhood and motherhood, a difference between a house and a home, complexities of distances and proximities of relationships, intricacies of family, issues of depression, misplacing oneself and trying to find that self again. One minute the poet clings to a fallen tree as an embodiment of mother and love, the next, she finds ‘Damp sea sat outside the pub’. Yes, these poems are ‘describing objects and situations’ with overload, but they transcend by creating impressions which lead the readers to deeper—sometimes disturbing—debates. These are the poems lived—often autobiographical—pushing a reader to confront uncomfortable themes.

In The Waiting, Usha Akella distils the quest for parmatma, the supreme soul, to frequent questions pitching her earthly being in a disparity.

Which is the palace of illusions?

Akella’s approach here is not of the bhakti marg, but of an unending ache for moksha through questioning, a Jñāna yoga, one of the most difficult of all the different marg. Akella is a master of traditional metrical forms but she pursues here the music of language over that. She demonstrates her affinity to the spiritual aspects in her drama poem Ek. However, to read this collection in isolation again and make assumptions about limited subject matter explored by this poet will be a mistake, as Akella’s other collections do ignore this aspect and explore various other themes of life, including her passion for travel as in her collection The Rosary of Latitudes. The philosopher Martin Heidegger has suggested that God cannot be coalesced into any known quantity, but must be sought afresh. Akella tries here to make her quest fresh with a self-crucifixion:

I am nailed on the cross of my own

This is divine Love, I suppose.

Does the awakening come from self-inflicted pain? Does the duality need punishing? Perhaps the idea is that the awareness of dwait is necessary to realize the adwait. To return to the cocoon you need to be a butterfly first.

and I am back

a butterfly in a cocoon.

This is not a centrifugal dispersion into a singularity, but a centripetal collapse, akin to a black hole, into the singularity, God. That is why the poet is on her own cross. The poems here are not indulging in ‘describing objects and situations’. They are quite contrary to Mookherjee’s lyrical details of everyday living and experiences. Sahitya Akademi has published this poetry collection, but I am told that it is a curse in itself, as it is not geared to traditional publishing practices, hence not easily obtainable.

A recipient of many awards and widely published internationally, Yogesh Patel was the Poet-of-Honour recently in New York at NYU, Nassau Community College and Hunter College. His poem recently appeared in the May issue of the prestigious London Magazine. An editor of Skylark 1969-2001, he currently runs the Word Masala Foundation and Skylark Publications UK to promote the diaspora poets. By profession, he is an optometrist and an accountant.