A Life For Rights 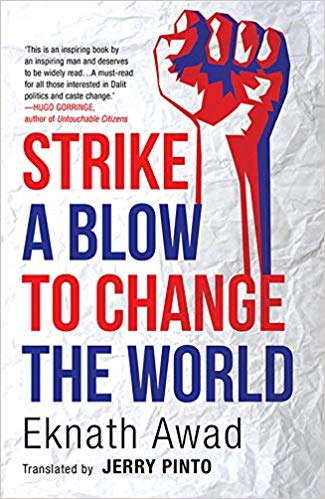 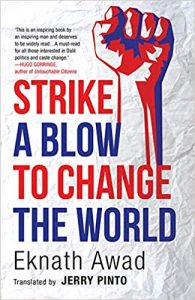 Although the book under review is an autobiography of the late Dalit activist Eknath Dagdu Awad (1956-2015), (‘Eknath’), it actually reads as a ‘sociography’ of caste-ridden rural Marathwada. Three-fourths of its area is agricultural land. More than four hundred farmers committed suicide in 2014 due to the agrarian crisis that swept the region. The author originally narrated his life story to Prashant Kunte in Marathi who accompanied him on his travels to record his story that was published in 2012. The translation in English that appeared six years later is by Jerry Pinto who is a Mumbai-based poet, novelist and journalist.

Born to Dagdi and Baagubai in January 1956 in the Dukdegaon village in the Majalgaon tehsil of Beed district, Eknath was witness to extreme poverty and deprivation all around him. An elder brother had died within 15 days of his birth on account of smallpox.  Baagubai was so malnourished she could not breast feed Eknath and his elder sister Kalabai fed him with opium so that he would sleep without crying! Eknath belonged to the Mang community, who were not only treated as untouchables but was also classified earlier by the British in 1871 as ‘criminals by birth’ together with fourteen other communities. As Eknath puts it: ‘Our poverty forced us to steal, and once we were branded a thief you could only live by stealing.’ His father Dagdi was however a Potraj, a religious mendicant who ‘is allowed to beg and when given alms also takes the karma of the donor’s sins upon himself and then expiates them by cracking a huge whip around himself.’ Being a Potraj, the family was exempt from the traditional role of the Mangs and the family survived somehow on the meagre handouts Eknath’s father received as a Potraj. Eknath had the option of either becoming a Potraj or ‘acquire a skill befitting a Mang’. Further, since there wasn’t a single Mahar (another Dalit community) family in the village, the family was assigned all the menial tasks of the Mangs and the Mahars. Eknath’s mother suffered from frequent bouts of epilepsy, and hence Eknath had also to do the housework. When he was barely eight years old, Eknath was married to Gaya.  According to custom, the bride was required to be provided with gifts. The family had to sell its goats to fulfil this custom. Bereft of any assets thereafter, for survival, the family had to rely  on the bakhri  Eknath’s  father would get from begging.

Thanks however to the initiative of a Vanjari Maalkari named Gangaram Bade, Eknath together with his three cousins was enrolled in a school which was housed in a Patil’s cattle pen and during the rains when the cattle were in the pen, the classroom was in a Maruti temple nearby.  There was caste isolation in the extreme not only in seating arrangements but also in terms of basic amenities like drinking water in the school. Being a quick learner, Eknath managed to move up from one class to another with relative ease. After the fourth standard, he attended a school in Kuppa, about 5 kms away. He was lucky to find support from his sister’s family and friends to pay his fees and stay in hostels which he also supplemented by unloading grain from carts, and chopping firewood and even by conducting sleight-of-hand card games at jatras. After matriculation he enrolled himself for the pre-university course at Majalgaon (when his daughter was born) and followed it up with a Bachelor of Arts degree at Balbhim College in Beed. He returned to it later to complete his LLB. Post acquiring his B.A. he went on to secure an M.A. in Political Science and a Masters in Social Work. He also makes the interesting disclosure that during his entire academic career, he had watched only one film: Amar, Akbar, Anthony.

As he grew up, in addition to the development of his political consciousness, his natural propensity to question what was right or wrong intensified. Eknath never lost a chance to personally protest against the discriminatory and oppressive practices towards his community that surprised and angered the oppressors. He had already turned a rebel and was extremely upset that untouchability still prevailed in India well after twenty-five years of Independence. He was a wrestler to be reckoned with in the village akhada. He also excelled in Kabaddi. He kept asking himself: ‘Can I devour all the suffering the caste system has wrought?’ By the time he was fifteen years old, he even acted as political agent in a local election besides acquiring mastery (together with his wife) in creating charpoys out of rope, a tradition named roomali baaj.

While at college, Eknath got involved with the Dalit Panthers––a militant Dalit youth movement and listened to the fiery speeches of Namdeo Dhasal and Raja Dhale. He came under the influence of Atmaram Salve who was the zonal head of the Marathwada division of the said movement. It was around this time, in 1974, when he was doing his 2nd year B.A. that the agitation for the renaming of the Marathwada University after Dr Babasaheb Ambedkar began. Eknath traces the painful 25-year history of this Renaming Movement right up to 1994 when the name change actually occurred—but not before the loss of several lives of Mahars and upper castes besides huge losses of property in the violence that engulfed Marathwada. The riots raged for ten days and more than a thousand Dalit homes were set on fire. There was considerable misreporting in the press about the agitation with a clear bias towards the upper castes. By the time the agitation ended, Eknath’s mother passed away. He did not have money to cremate her and was therefore forced to bury her.

Earlier, following his enrolment in the Employment Office, he received but declined an offer to work as Boiler Supervisor at the Parli Thermal Power Plant. By this time, Eknath’s son Milind was born.

As he became more politically conscious, Eknath also wanted to destroy all remnants of the caste system beginning with the cutting of the Potraj’s dreadlocks. The first clipping was that of his father’s tuft of hair.

While doing his M.A., Eknath got introduced to Buddhism and became a Buddhist in October 2006.

Eknath was profoundly disturbed by the animosity between the Mang and Mahar tribes juxtaposed with extreme oppression from upper castes. He strongly believed that empowerment of the downtrodden was the only solution as bonded labour was part of the caste system itself. Initially, his association was with the Vidhayak Sansad in 1981 that worked for the liberation of Adivasis from bonded labour. He also set up the Maanvi Haq Abhiyan (Campaign for Human Rights) and several Rural Development Centres. He also worked for and collaborated with Oxfam in pursuit of his cherished goal of the emancipation of Dalits. He associated himself with Community Aid and Sponsorship Program as well as the Church Auxiliary For Social Action, which lent economic support to self-help organizations.  With disarming candour he describes the petty power politics within organizations and also chides himself for his propensity to use violence for the settlement of disputes. He is bitterly critical of both the Shiv Sena and the Congress who used Dalit politicians merely as a tool for strengthening their hold on power structures. Wherever possible, in support of his cause, he roped in Dalit MPs as well as personalities such as the retired Supreme Court Chief Justice PN Bhagawati. Eknath also pioneered in improving the lot of sugar cane cutters in Beed. He enlisted entities such as the Nirmala Niketan School of Social Work to conduct and publish field studies on the condition of Dalits. He worked tirelessly for the temple entry of Dalits and fought against use of separate water sources for Dalits.

Eknath’s no-holds-barred attempt in improving the lot of Dalits created a lot of enemies as well. On 4 June 2004 he narrowly survived an assassination attempt by none other than men from his own community at Majalgaon, but continued his work unfazed. Eknath rejoiced at the passing of The Scheduled Castes & Scheduled Tribes (Prevention of Atrocities) Act, 1989, but regretted that the Maharashtra Government adopted it only in 1991 (Some key provisions of the said Act have been diluted by the present regime).

Eknath rejoiced that when Dukdegaon was made an independent gram panchayat, his supporters insisted on his wife becoming the first sarpanch, and that for the last fifteen years the village always had a female sarpanch.  To remove the Dalits from the clutches of moneylenders, Eknath also established the Ramabai Ambedkar Non-Agricultural Cooperative Society. In his book, Eknath takes pains to list twenty-two key individuals and their contribution towards Dalit emancipation (pp. 223-227) and gives credit where it is due.

In 1993 when Latur was devastated by an earthquake, the Maanavi Haq Abhiyan partnered with Oxfam to provide relief to the victims. It worked for the rehabilitation of eighteen villages. Eknath, however, acknowledged the drawbacks of his organization and the need to revitalize it. Together with volunteers, he embarked on a 650 km padayatra between Ahmednagar and Nanded that was covered in three months.

To deal with the issue of land rights of the Dalits, Eknath also started the Zameen Adhikar Andolan and to serve the needs of landless women, Anik Financial Services Pvt. Ltd., was established and subsequently merged with the Savitribhai Phule Mutual Benefit Trust. A loan company provided technical assistance and Oxfam provided the seed capital.

Eknath is acutely conscious of the work that remains to be done. He quotes the alarming statistics of violence against Dalits from the National Crime Records Bureau. Things have probably got worse, going by current newspaper reports.

Are you still mired in the muck of slavery, Airavat?

Cleanse your body and come out,

Take the blow upon your chest,

This is the banner Bhimrao unfurled,

Strike a blow to change the world.

Any study of the Dalits in India would surely be incomplete without a dispassionate reading of the book under review. As for the quality of the translation, one can only paraphrase Eknath’s son Dr Milind Awad (who has a doctorate from JNU on the Aesthetics of Dalit Literature) who says that the translation made him re-live the exact same experience of reading it in Marathi with ‘no loss of cultural sediment’. Speaking of Eknath, the translator rightly says ‘that it is commonplace to say of such men that their books speak for them in the silence after their departure.’

Dalit leadership is facing a serious crisis. The present crop of leaders do not inspire any confidence, obsessed as they are with the loaves of high office. For educated Dalits, Eknath’s life is a must read. It is a searchlight on the country’s heartbreaking inequities besides showing what a resolute individual can do, even against tremendous odds, to make a difference to life around him.