A Love Story With A Difference 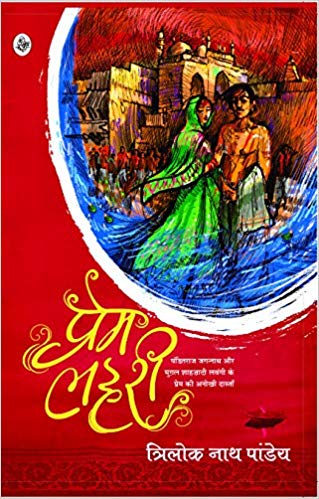 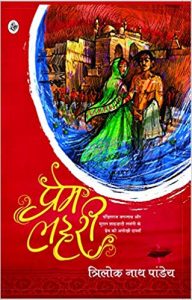 The use of fantasy and history in a fiction format is quite a common technique for social commentary that has been used by authors across the ages in order to place their viewpoint among the readership. The book under review, Prem Lahari, written by Trilok Nath Pandey is one such novel. It is a love story set in the medieval period, that is, the Mughal era, across the length of North India.

The focal point of the story is Shahjahan and his marital relations with his favourite queen, Mumtaz Mahal. After what appears to be a happy marriage, complete with a bountiful number of children, Mumtaz dies giving birth to their last child, a daughter. In her deathbed worried that society may blame the child for the mother’s death, she asks Shahjahan for a promise—to always take special care of this daughter, affectionately called Lavangi. Mumtaz’s death happens on one of Shahjahan’s expeditions to the South of the Mughal Empire. The king, broken-hearted and unable to bear the grief of the loss of his wife, returns North to his capital.

In the meantime, in the city of Benaras, the centre of spiritual learning for Hindus of North India, a child is orphaned. This child’s fate also appears to be tragic, and the same fear raises its head—that he will be blamed for the death of his parents. However, destiny intervenes and he is adopted by one of the most talented scholars, and raised by him to be an erudite scholar of Sanskrit and a poet par excellence. The adoptive father is shown to have respectful relations with Shahjahan despite differences in their identity.

Thereafter, the novel meanders and takes us through a description of the inner goings-on of the Mughal court, and also the social life of the protagonist, Jagannath. The court is shown as a place of both governance and decadence. Jagannath is shown to be honing his skills in the various social and scholarly arts of the times. His reputation spreads to neighbouring kingdoms, and he is designated as the Court Poet for the Rajput kings of Rajasthan, and subsequently of the Mughals. Here, he meets Dara Shikoh, son of Shahjahan, who is also interested in scholarly pursuits such as learning Sanskrit and expending efforts on translating important texts of the time. A great deal of time is spent on developing this track of the novel.

Similarly, the author has described in great detail the atmosphere and social milieu of Benaras. Of special interest are the inter-community relations of people there, and the author discusses how friction was caused but was also quelled due to dialogue and negotiation among the people and positive relations of the influential scholars of the city with the king. Also interesting is how the story, instead of remaining stuck in one place, moves across the regions of Uttar Pradesh and Rajasthan, with references to Gujarat, Maharashtra, Kashmir, Punjab and Delhi. It gives vivid descriptions of cities like Benaras, Udaipur, Agra and Delhi.

The novel also references Sanskrit poetry, and provides very helpful Hindi translations of the same, making it easier for the reader to read both. For example,

(An appreciation of the arts seems to be coming to an end. Jealousy and hatred are gathering strength.Whatever is beautiful in this world is in danger of being swallowed by Kali Yug. Don’t be silent or sad, seeing this, my poetry!)

Similarly, languages such as Rajasthani, Khadi Boli or Hindavi, and Persian and Urdu also make an appearance while the author waxes eloquent about the role of language in society:

(My soul is trapped thus/That I want to be like that little girl/ And run in the fields/Towards her mother toiling there.)

Later in the book, Lavangi, the beloved youngest child of Shahjahan reappears as a grown woman. She has an opportunity to hear Jagannath’s poetry and falls in love with him. Jagannath too reciprocates after realizing that Lavangi has a sharp intellect. However, the social diktats of the time throw up challenges to this love story. Both due to class and community factors, such a love is looked upon with disapprobation. After all, the heroine is royalty and the Court Poet, regardless of how accomplished he is, is a commoner. Jagannath has to prove his prowess in a kushti match, possibly the equivalent of a duel, which he wins, taking everyone by surprise. However, this is not sufficient. He has to later prove his continuing merit as a scholar and poet. After much effort, the king finally relents and agrees to a match between Jagannath and Lavangi, who eventually get married.

The book is a work of imagination as the author points out in the introduction. The author has taken many creative liberties in the representation of the characters and atmosphere of the times. He has specially focused on language and poetry. However, one feels that some of the descriptions of both the characters and their conjugal relations could have been written in a more dignified language, or could have been avoided completely, thereby keeping a focus on the main love story. Otherwise, it is a breezy historical novel.

Sucharita Sengupta is a teacher and has a keen interest in fiction.