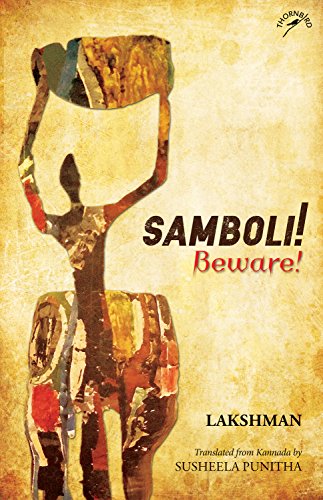 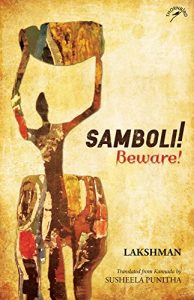 Samboli! This expression is not from yesterday or the day before; it is centuries old. Manu, the ancient law-giver, decreed that people belonging to any of the untouchable castes of this country had to hold a pole with jingling bells tied to one end and pound it on the ground at every step to make a sound jal-jal. They had to call out ‘Samboli! Samboli!’ This is the Samboli pole warning others of their presence. They were to walk only on conservancy lanes and not on the main streets and only around noon when their shadows were tucked under their feet and would not pollute people of the upper castes by falling on them.

This excerpt from writer, poet and activist Lakshman’s autobiographical book Samboli! sends shivers of horror down the spine of a socially and financially privileged person like me. Like millions of middle class children, I never had any exposure growing up, to the terrible atrocities that were being carried out in the name of caste against those we call ‘Dalit’ or oppressed.

But today these brutalities are well known, recorded and publicized. Today we cannot hope to escape the knowledge of what is happening to the countless people of this country; nor can we look away and pretend that we are unaware of the outrage that continues to happen because we—the privileged—allow it. It is time for all of us to raise our voices against the carnage and slaughter—because if we do not, we become the oppressors. As we already have!

‘Samboli, by extension, could imply “Beware!” in the present context of Dalit uprisings. It could also be a clarion call for Dalits to fight for their humanity.’

But Lakshman’s Samboli! does not ask for our anger or indignation. Samboli! is a tale gently told, of a little boy growing up amidst social indignities, and he relates his days of sorrow, injustice and discrimination as easily as those of sunshine, laughter and happiness. The days when he has to wipe on his own shirt the excreta off the slippers of an upper caste boy, flung in the process of beating him, are narrated as easily as the days when he describes the colours and sounds of the fascinating village fair, the Banavara santhe.

The story, particularly in the first half of the book, is narrated through the eyes of an innocent boy, enchanted by the colours and sounds of nature around him. The sounds are especially magical, recounted with every description. So, when the train chugs across Chikkabanavara—jugubugu, jugubugu, cooo; when the whole village hums with the chirping of crickets in the darkness of the night, jyeeen; or when Ajji pours water into his cupped palms—jola, jola; or when one early morning the sweetest sound comes from the hencoop where the hen has hatched her eggs—piyapiyapiya! Every action is associated with a sound drawing you into this absorbing story.

Even as a child Lakshman is inspired by the words of Basavanna and others and takes decisions which are unusual and difficult for someone so young. Like deciding to break tradition and stop putting out the ede for his parents when they die—because he has read that there is no heaven or hell except that which we make of our own conduct on this earth. Like deciding to stop celebrating Diwali after hearing the story of what happened to one of his people during Diwali.

Lachmaiah never complains to anyone about his troubles. He stays up at night wondering why people treat him so badly without any apparent provocation. It takes him a while to realize it is not because of anything he has done or left undone that he is treated like a pariah—it is because the lottery of life has caused him to be born in a particular caste.

The book tells us about a people deeply religious and ritualistic, worshipful of their ancestors, and largely peaceful, who beat drums and strive to bring the rain God down to earth, sometimes succeeding; who strive hard to make a daily living, whose staple diet is a ragi ball, and who do not complain too much when they are unable to get even that. Where the children are accustomed to frequently going to sleep hungry. We get to meet his parents who through all the struggle of life never instil anything but love, strength and humanity in the hearts of their children. The loving Berni ajji, the grandmother who makes cow dung cakes, and has a little something tied in a corner of her sari to feed Lachmaiah.

The latter part of the book is devoted to the adult activist life of Lakshman and his struggle to bring justice and social equality to the Dalit community. It speaks of his various attempts at living a simple life but facing the demon of discrimination everywhere. It tells us of his joining the movement and his disillusionment with seeing it mired in politics and seeking of individual gains. Lakshman laments that the worst atrocities are carried out by the other lower castes themselves, each preying on the ones supposedly below them in this inexcusable social pecking order.

For me, the first part of the book about his growing up years, was more fascinating, but the second part also needs telling–-perhaps in more detail, to inspire other young people growing up. Someone else will have to write it though, because Lakshman is no more.

As a translation, this book has taught me how to find the perfect balance between translation of thoughts and ideas, while taking great care to leave the story and the sounds in their native tongue. Susheela Punitha has done a remarkable job.

Every country in the world practises racism. But, as Professor Sreedhara says in his introduction, quoting Dr Ambedkar, ‘nowhere else in the world…do we see social discrimination provided with a moral value as it is done … in India. It is no wonder that the dominant castes look upon themselves as privileged by a divine will as it were, to maintain the caste hierarchy.’

What hope do we then have, that our society will one day become a just and fair one, which treats all beings equally? Lakshman writes, ‘All those who are exploited must feel it their responsibility to stand up against exploitation without compromise. Only then can we stand with our heads held high. Only then can the light shine in every home. We may not always be successful, but fight we must.’

Lakshman seems to be the simultaneous embodiment of gentleness and strength. Never once do we see a note of despair in the book–-not as a child and not as an adult.‘It is my one desire’, he says, ‘that we talk to one another with open minds and laugh with one another with open hearts.’ What a beautiful thought! Powerful enough in its simplicity, to unite the world!

Malati Mukherjee is a writer, translator and sometimes a poet, based in the Nilgiris.