A Tribute To The Master 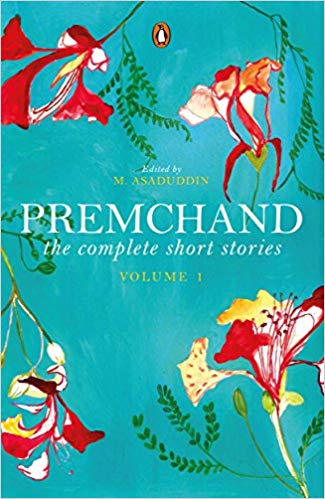 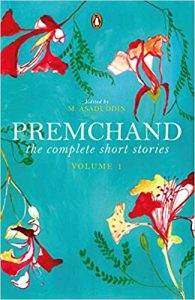 It is a stupendous achievement by any yardstick, putting together the English translation of 299 to be exact of Premchand’s short stories in a collection spread over four volumes. If we add to this the work of excavation in two important Indian languages—Urdu and Hindi—for Premchand’s published and unpublished stories, and then translate into English after judicious comparison, it adds a significant research dimension to this work of translation and editing.

Premchand is generally considered to be one of the greatest novelists and story writers in both Urdu and Hindi. In Hindi, he still carries the mantle of being the greatest novelist (upanyas samrat) and quite often the greatest story writer as well. His oeuvre, composed over a period of 35 years, is quite voluminous and generally considered as depicting insightfully the events and mind-set of his age. Premchand, as a reformer and nationalist, contributed significantly to both these language streams through his writings which covered several genres such as novel, story, play and journalist article. Throughout his career Premchand remained deeply concerned about the marginalized and the subordinated. During his writing career Premchand highlighted almost every significant issue which concerned the national public life. These volumes of stories bring forth the various aspects of Premchand’s writings—as a reformist, a radical, a nationalist, a Gandhian, a socialist, a champion of the downtrodden, and also an upholder of tradition. The bewildering wide range and the uneven quality of the stories will be obvious in these collections. The vastness, versatility, and aesthetic changes in his corpus have been clearly brought out by these four volumes which are arranged chronologically.

In the first volume, there are 76 stories published between 1908 and 1919. The second volume contains 75 stories of the period from 1919 to 1926. There are 75 stories in the third volume published during 1926 and 1931. And in the fourth volume there are 73 stories published from 1931 to 1937, that is after his death. The notes in each volume contain the publication dates of each story in both languages. Sometimes, the notes offer detailed comparison between two versions which provide very useful additional information to the reader.

The editor, who is a renowned scholar in the field of translation studies, has taken into account the earlier English translation of Premchand’s works. However, as Harish Trivedi points out in the ‘Foreword’, most of these earlier translators have chosen what they considered as Premchand’s best stories, paying little attention to the rest of his corpus. In most cases, this practice reinforced the prevailing canonical views of Premchand, leaving less space and motivation for the researchers in English language with relatively restricted proficiency in Hindi or Urdu. By successfully undertaking the challenging task of presenting the entire corpus of the master’s stories in English, the editor and his team of translators have rendered unmatched service to Premchand scholarship and have opened new vistas of research.

As is well known, Premchand began with writing in Urdu and later shifted to Hindi. But even in the later period he did not stop writing in Urdu. Some of his later stories were first written in Urdu and, in any case, most of his Hindi stories were also translated into Urdu, often by himself. In these volumes the editor and translators have taken care to compare and contrast the two versions of the stories before reconciling and translating them. Needless to say, such an effort involves not only proficiency in the three languages but also an understanding of the sequence and content of the stories. In a way, therefore, the editor and his team have doubled up as researchers.

In some of the stories which Premchand himself translated from Hindi to Urdu or vice versa, he introduced important changes. For example, as M Asaduddin points out, in the famous story ‘Poos Ki Raat’ (A Winter Night), the ending of the Urdu version is quite different from that of Hindi. This work of translation, supervised by the editor, therefore has also involved meticulous research and borne additional fruit in unearthing a few stories by Premchand which have not been published in any language so far.

The problems of translation, particularly between such distant languages as Hindi (or Urdu) and English, have been pointed out by many scholars. However, English has been to some extent domesticated in India over a period of over two centuries. This process has acquired  a fresh boost by a significant number of Indians writing in English in both fictional and non-fictional modes. This domestication of English reduces the problem of cultural transgression in the process of translation. Yet the task of translation on this huge scale is always enormous and this work has been accomplished by a team of 70 translators including the editor who alone has translated about a hundred stories.

In his learned introduction, the editor points out that sometimes the specificity of a particular language does not facilitate easy translation. For example, the Hindi story ‘Atmaram’ seems to have lost its basic thrust even in such a close language as Urdu (vol.1: pp. xxxix-xl). Sometimes, Premchand changed the names of characters according to the language. Thus, Muslim names in Urdu and Hindu names in Hindi (vol.1: p. xli). In such cases, the choice of stories to be translated may be a little problematic.

It is true, as the editor points out, that all the nuances and subtleties of a language cannot be transferred. For example, as Rupert Snell has commented, the term ‘Nirmala’, the heroine of Premchand’s novel of the same title, cannot be rendered fully in English because it implies within it the meaning of ‘purity’. Thus, the character with the name ‘Nirmala’ is more than simply a female protagonist. Her name carries the idea of moral purity right from the start. Such instances are many leading the editor of these volumes to remark that ‘Premchand’s world is culturally so rich that any translator will have to grapple with the phenomenon of cultural untranslatibility’ (vol.1: p.xliii). Yet he finds a possible way out by pointing out that the aim of translation is not to achieve perfection but ‘to gesture towards a universe of possibilities, of cultural nuances invested in the original text’ (vol.1: p. xlii).

The task of a translator becomes even more onerous if s/he realizes that Premchand was no elite writer whom very few people have read. Almost every educated person in the Hindi region and even in many non-Hindi regions have read at least some stories of Premchand either in Hindi /Urdu or some form of translation. Therefore, many such persons are capable of having an opinion on English translation. A translator has to move cautiously avoiding possible pitfalls. These volumes accomplish this task quite competently putting forward the stories in simple and comprehensible language.

These translations of his stories are an invaluable resource for those researchers on Premchand whose knowledge of Hindi or Urdu is limited. At the same time, the volumes would also be of great help to those who know either or both of these languages but do not feel confident enough to properly translate them into English. Even for general readers both in India and abroad the volumes will provide insights into happenings and thinking of Indian people in early twentieth century. They are conceived as a unity, as is evident by a common foreword, introduction, acknowledgement, glossary, and list of translators. However, the numbering of stories is discrete in each volume. The stories are chronologically arranged in consecutive volumes. So, these volumes are related and the wisest thing to do is to have all of them.

Shashi Bhushan Upadhyay teaches history in Indira Gandhi National Open University, New Delhi. His areas of interest are historiography, labour history, Dalit and literary studies. His publications include Historiography in the Modern World: Western and Indian Perspectives (2016), Existence, Identity and Mobilization: The Cotton Millworkers of Bombay, 1890-1919 (2004) and a few articles on Dalits and Premchand.