A Voice Not So Small 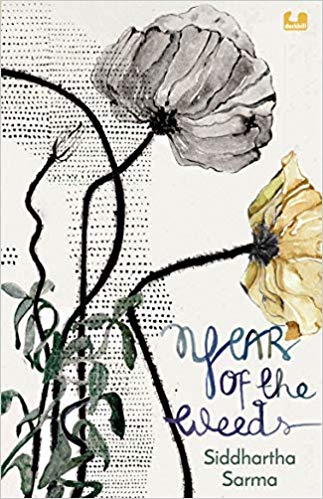 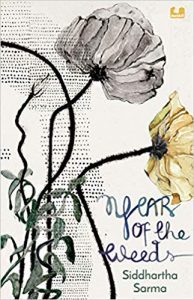 Year of the Weeds by Siddhartha Sarma is a modern-day parable. This Young Adult (YA) novel has a deeply affective register such that it neither underplays nor overcompensates for its political and social understanding and representations. It would not be an exaggeration to call the novel a sociological fiction in terms of its tenor and treatment of the little biographies of the characters in the novel. Sarma has treated the issue of marginalization, which is the central theme of this novel, in a way that the ‘small voice of history’ becomes the voice of sanity and wisdom. The novel’s intention seems to be the recovery of the lost voice of the repressed by foregrounding folk memory and wisdom. It problematizes the metanarrative of development by questioning bureaucrati-zation of everyday life, stripping it of its meaning for ordinary people.

Based on the lives of the Gonds of Deogan village of Balangir district in Orissa, the novel traces the contours of corruption and the various vile machinations of the government officials (which seem true-to-life) that threaten the peaceful coexistence between the tribe and nature. The novel becomes more relevant today for its conscious interventions on the gendered nature of narrativizing movements and organizations.

Korok, the protagonist is a young teenaged boy whose talent lies in being the best gardener in Deogan. The lives of the Gonds here take a turn for the worse, when one day, the government decides to allow a private corporation to dig up a mine in the Devi Hills for its bauxite deposits. The hill is sacred to the Gonds in more ways than one. It is the abode of the departed (halankot) as well as of the many ‘small gods’ (pen) who look after the well being of the living Gonds of Deogan. Korok, the scrawny Gond boy takes up the duty of his father as a gardener at the District Forest Officer’s (DFO or epho as the Gonds call him) residence. He assumes this duty upon the arrest of his father on the false charge of being a timber thief. The villagers are pitted against the corrupt Superintendent of Police of Balangir district, S Patnaik. The ‘S’ here is taken by the Gonds to stand for Sorkari (p. 12). The corrupt legal system in Balangir district has for long troubled the peace-loving, law-biding Gonds who are routinely arrested on false allegations, and are, in most cases, not let free. One knew in Deogan that, ‘going to jail was not the same thing as being a criminal’ (p. 129). In Balangir as well as in the country, expecting justice for the marginalized is a foregone conclusion since, ‘even gods have their ranks and Gond gods, like Gonds did not matter’ (p. 112).

However, the friendship between Korok and Anchita, the epho’s daughter is remarkable and central to the affective progression of the story. This friendship between the tech-savvy and artistic Anchita (kompitar-literate) and the gardener-par-excellence (also an artist in his own right), Korok is a refreshing departure from the hackneyed exoticization of the other, both in terms of its tribal and gendered realities. The story is one of triumph, led by the underdog. The novel questions not just the vile nexus between politicians, bureaucrats, police and the capitalists but also the political role of the Maoist movement, such that the deeply skewed gendered nature of the Maoist organization is more than hinted at in the novel (pp. 169-171).

What stands out in the novel for a reader is the element of analogizing. The garden that Korok tends to is the microcosm of Deogan such that the weeds that threaten to destroy the garden (pp. 127-128) are shown to be analogous to the government officials, corporates, and the Maoists who threaten the peace of Deogan’s residents. All who pretend to talk on behalf of the affected (especially the marginalized) or co-opt the voice and issues to serve their own interests are made to stand in the witness box in this novel. There is no certainty on whether the subaltern has spoken finally, but there is, in the novel, a concerted attempt to imagine a moment when the subaltern does attempt to speak and is also heard. One could, however, question the nature of this imagination but certainly cannot reject its possibility.

Chapterized as per the months, symptomatic of the seasons where May, June and July are hard, often draught-ridden and November till January are cold, dry and rough, while February and March indicate the arrival of springtime, Year of the Weeds is also a satirical take on the current state of affairs such that it questions the sanitized involvement of activists who are at best tourists. They visit Deogan to not miss out the excitement of the moment but leave soon after the ‘excitement’ starts to wane. This novel begs the reader to re-imagine a world that is not mediated by machines and humans (who have become automatons), but where ecological harmony, empathy and trust forge relationships between people.

Meha Thakore has submitted her PhD thesis at the Centre for the Study of Social Systems, Jawaharlal Nehru University, New Delhi.