All About Book Publishing 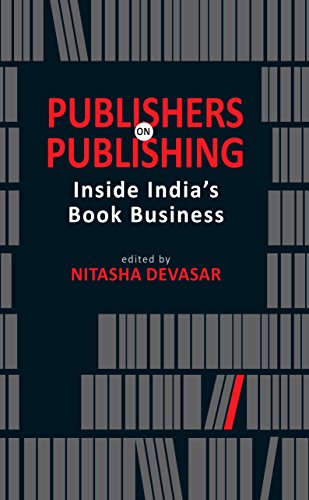 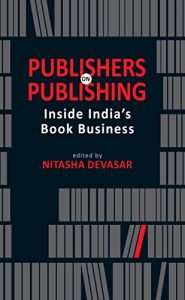 Publishing generally, and Indian publishing, in particular has fascinated me ever since I worked in a publishing company as an editor in the latter half of the 1970s. The fascination rose from its unique nature: it is the only industry that is characterized by what economists call perfect competition, meaning anyone can enter the industry; where no individual producer can influence anything in the market; and where the risks are as high as in the horse or dog racing industry.

But there the similarities end because although free entry means that it is, by and large, a cottage industry; it is the only industry in the world where every product is different from the previous one, where no one knows which of these million products will succeed commercially and at what price and why. Indeed, in many ways, it is a business in which the saying ‘fools rush in where angels fear to tread’ is particular apt.

Over the years I have known many people in the book trade and when I think of them I am reminded of a Harry Belafonte song where he says of the indigent ‘it was the smell of food that pulled them in.’ Likewise, it is the love of books that attracts the naïve and the idealistic into publishing. The industry is not for the faint hearted. For every bet a publisher wins, he or she loses at least 50. What’s worse, there are hardly any authors that can be relied upon for more than half a dozen wins.

Nitasha Devasar, who used to be the Chief Editor at the Oxford University Press in India and is now the Managing Editor of Taylor and Francis, has done well to get 65 of these contributors to speak, write on the what and why of the Indian publishing industry. Each of them has written an essay on the business from his or her perspective. The result is a volume that contains virtually all issues and topics that have a bearing on Indian publishing. It is, if you like, going into a food tent that has dishes from every kind of cuisine in the world.

That means you can’t do justice to the fare at one go. You have to make at least 40 visits to get a sense of the sheer richness of the fare on offer. In short, don’t try to read this book at one go. Keep it in your car or in your rucksack and dip into it as you would, depending on your preference, with a bottle of whiskey or a bar of chocolate. It’s that kind of book.

You will have noticed that so far I haven’t said a word about any of what the 65 contributors has to say—with good reason. Not only are there that many of them, each has at least a dozen insights and experiences to offer. 65 into 12 equals 780 and 800 words can’t do justice to them. Even Ms Devasar, as her brief introduction shows, has found it a little hard to bring it all together. In the end her message is very similar to the one that exhorted Londoners when they were being bombed by the Germans to ‘keep calm and carry on’.

One thing that stands out is the lack of funny stories. Each contributor—and I know many of them have a funny bone—has adopted a very serious visage. But come on guys, smile, publishing is fun. Authors, distributors, printers, librarians, agents, landlords, and as I know from personal experience, editors of book reviews, can be pretty amusing with their quirks and idiosyncrasies. An account of those aspects would have helped.

TCA Srinivasa Raghavan, an economic and political analyst, has written two books and published extensively in newspapers and journals.