And Quiet Flows The Narmada 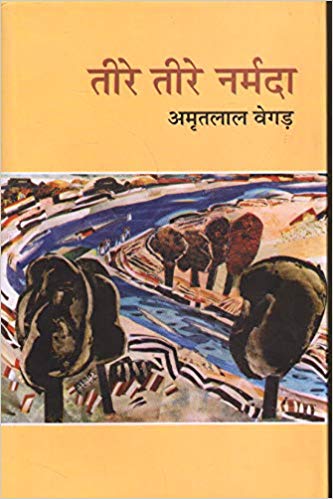 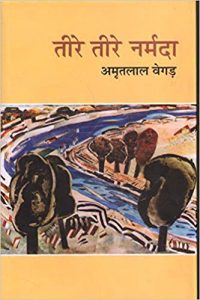 In recent times, a compelling discourse has been generated at the global level over the increasing scarcity of water and its socio-cultural implications. Water bodies and repositories such as ponds, rivers, seas and icecaps are now frequently and deservedly discussed in academic and popular arenas. The socio-cultural history of rivers, their flow, health and ecosystem, has lately found due attention among researchers resulting in numerous studies with water as their main focus. Here, water is a ‘space’ where the ‘cultural’ takes form, and creates history as ‘the life of a community’ develops around it.

So, now we have a book. Let me correct myself. No, this is a river turned into a book. A reader finds Amritlal Vegad’s Teere Teere Narmada (Along with Narmada) is a river travelogue where the author and his wife travel along the mighty and revered river Narmada.

Amritlal Vegad, a painter and writer and winner of many awards, has made the River Narmada a life-long passion and has traversed the entire length of the river as it flows from its origins into the sea. He has written three books on the Narmada in Hindi and in English including the one under review, bringing alive to the reader its unimaginable beauty as well as providing intimate glimpses of the people who live their lives along its winding trajectory.

Divided into three sections the first is all about the beauty of the Narmada, from Jabalpur to Bharuch, and from there the river flows from Barmanghat to Jhansighat to Gwarighat. Then the third section of the book develops along the bank of the Narmada. In an appendix there is some more information in a narrative style, which makes the book more accessible culturally to a reader. Every section is divided by some fine black and white illustrations that open up in all the pages as background notes. One such sketch is that of women husking rice. Later in the pages we find this is the woman to whom Vegad is narrating the story.

Long back historians like Fernand Braudel emphasized the long duree of historical texts and meanings. Here he referred to rivers and plateaus as texts. River Narmada becomes a text for Amritlal Vegad where he tries to write a history of the river and her people.

In a very moving paragraph he describes the penury and destitution but a life full of self-respect of the Baiga community. The author and his wife visited a Baiga hut where a hungry child was crying incessantly. The parents of the child said that he cried when his stomach was empty. Here the life of the people takes precedence over the lure of the beauty of the place. This book recounts dozens of such narratives where it transforms into a sociological text the life of the people of Madhya Pradesh and Gujarat.

Vagad not only records the ‘social’ but as well as the ‘cultural’. A mind trained in western epistemology and historiography would not understand why lacs of people bathe in rivers and why a 69-year-old writer is doing ‘parikrama’ (walking around) along some of the most difficult terrains and spaces in India.

In every section of the book he tries to investigate the worldview, which compels the people and communities to intertwine their lives with rivers. They may not be prosperous but they are happy while there are well to do urbane folk with unrest in their hearts and souls. The book tries to seek an answer to this dichotomy of human need and necessity.

This book seems to me to be a cultural biography of water. Vegad says, ‘samudra ki talash mein nikla hai nadi’ (the river has set out in search of the sea) and ‘nadi ki talash mein niklaa padyatri hai parikramawasi’ (the pedestrian who is in search of the river is the one who perambulates). In these lines there is a symbiotic and cultural relationship between man and the river at the level of religiosity, and cultural experience with water. At a given time and space water becomes ‘home’.

This book is remarkable not only for its ecological and environmental sensitivity, which Vegad shares with his readers and co-travellers but also for he tells the story. Vegad is a master storyteller who weaves many layers of narratives of the river and the people in a single frame. First he starts with the story of the Narmada, then her origin and suddenly his readers find themselves among rivers of stories. The narrative converts the crisscross of the stories but it never loses grip. That is why the book is always able to engage the attention of the reader.

Recently, River Narmada or Mother Narmada has been once again in the news. The sons and daughters, the tribes and the poor, the farmers and artisans along the Narmada and people living in the catchment area of the river are in jeopardy. Their lives are held hostage by the powerful Indian state, which sees the river as a source of water for irrigation and electricity. The officials are not able to see the river as the mother of the Baigas and other less fortunate communities of India. This book makes us see the river as the river of life.

Rama Shanker Singh is Fellow, Indian Institute of Advanced Study, Shimla. He is currently working on ‘The symbiotic relationship of rivers and Nishadas in India’.