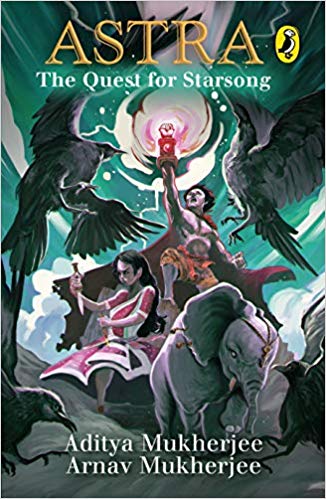 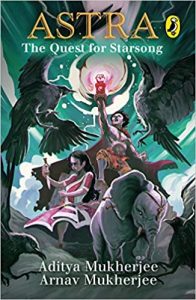 Among the many firsts of childhood, Ramayana is probably the first exposure to the world of mythological adventure. For many, the mention of Rama has always evoked memories of the cheeky but loyal Hanuman as he burnt the whole of Lanka with his tail, or the Banyan tree that sprouted from Ravana’s corpse and also implanted in the minds of many the first-learnt childhood moral of the victory of good over evil. Therefore, when equally exciting characters with even more exciting powers drive a story set against the backdrop of the Ramayana epic, adolescent readers are bound to be enthralled.

The book under review traces the journey of Varkan, the brave young prince of Ashmaka, as he adventures through the kingdoms of Bharatvarsha to answer to his fate. He is accompanied in this enterprise by the magic-wielding gypsy duo of Draksh and Tara, as well as his own midget and lovable elephant Daboo. As they together traverse the beautiful and diverse landscape of ancient India, they are encountered by Rakshasha, falcons, Yaksha, and kings and queens—characters who have been drawn from mythology, but been painted in this book in more contemporary colours to relate with the modern audience. And while these fantastic characters play an important role in the progression of the story, it is really the astra, or the weapons, in which the pivot of the story lies. As the plot moves forward, it is the threatening and ever-growing presence of Varkan’s own weapon, the titular Starsong, that throws the world in mayhem, and causes destruction. Among other things, the theme the astra most vividly brings about is the dangers of absolute power. This theme of power, in turn, is complemented by the concept of ‘balance’, whose reiteration across the story is able to posit a robust explanation for the world of the supernatural. The supernatural, by its virtue, would create disbalance in the world of the ordinary. Thus, in the case where the supernatural exists in a ‘balanced’ world, the supernatural’s presence could be justified.

The book relies on many elements to make a plot set in the days of yore appear more stimulating to contemporary adolescent readership. Chief among them is humour. Instances capable of eliciting smiles and laughter are spread across the book—from tiny Daboo’s unyielding masquerade as a war elephant, to Tara’s free-spirited attitude towards life (the latter brought in sharp contrast by Draksh’s solemn behaviour). The portrayal of specific mythical characters is another defining feature of the book. The allure surrounding the brief roles of Ravana, Yama, Vibhishan and Vishwamitra give tickling goose bumps to readers as the mention and description of these characters strikes a note of familiarity and quenches a curiosity that any adolescent would expectedly have.

The narrative of Ravana (and by extension, Rakshasha) has undergone modern development, from authors like Devdutt Pattanaik. In this book, while the Rakshasas clearly play the role of antagonists, a few peeks are also made into the suffering of the supposed monsters. Conversely, the cruelties of man are also explicitly mentioned by a Yaksha, bringing into Ramayana’s backdrop of good and evil a few shades of grey.

The smooth visual and aural imagery is another aspect that merits praise. Using crisp sentences, the descriptions—be it of war or the landscape—is expressed with a clarity almost reminiscent of Harry Potter. On the note of drawing parallels, the book is also similar, in theme and content, to the popular Percy Jackson series by Rick Riordan. However, while Rick Riordan’s series’s weakest link is its American setting for a Greek adventure, Astra’s cultural homogeneity greatly helps in the organic smoothness of its plot.

With Harry Potter and Percy Jackson having amassed such great popularity in Indian adolescents, the side-lining of our own fantasy literature seems disheartening. Books like Astra can shift this narrative, and show the richness that our own mythological and magical fiction have to offer.

Ansh Raj is a Grade 12 student  at The Doon School. He is an avid reader and writer, and edits the school’s flagship weekly newspaper.