Between Mandir And Masjid 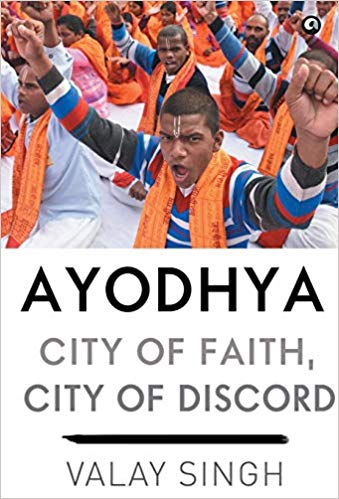 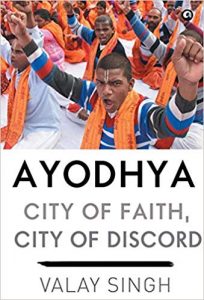 Writings that revisit the knocking down of the Babri Masjid in Ayodhya and underscore India’s struggle to remain a secular republic are grim reminders of just how easily and repeatedly political divisiveness triumphs over constitutional values. That, to stamp out the injurious wrath of hateful agendas–-a disposition that has since seemed to have enveloped our collective psyche––it is critical to, with equal rigour, disfavour all beliefs that appeal to individuals and communities to frustrate diversity, and thwart the law that is in its service. Ayodhya:  City of Faith, City of Discord, independent journalist Valay Singh’s first book, is a case in point. The second is a special volume from the Indian Journal of Secularism, Babri Masjid, 25 Years On. Both these publications depend on time, or temporal distance, as their central axis of analysis: a ‘look back’, ‘history’, ‘transformation’, ‘since’, ‘centuries’, ‘millennia’, ‘decades’, ‘years’ and so on; both reiterate that as long as religion provides tenability to political agendas, religion will be an ally in the game of power. But the two books are not simply additions to the assessment of communal violence in India, as much as they are attempts to forestall this kind of collective self-destruction. If forgetting the horrors of violence makes it prone to relapse, then perhaps keeping the memories alive might be a possible path to deterrence.

In Ayodhya: City of Faith, City of Discord, the author makes Ayodhya stand as ‘ground zero in the battle between secularism and religious fundamentalism in India’. By applying a linear, chronological narrative structure, Singh tries to offer a ‘comprehensive biography’ of a city, which over a period of 3,300 years covered in about three hundred odd pages, goes from being ‘insignificant’ and ‘sleepy’ to a place marked by ‘violence and bloodshed’. After taking the reader through several versions of the Ramayana, beginning with Valmiki’s—which lays the foundations to understand the ‘utopian allure of Ram’s Ayodhya’—Singh, tracing the development of ‘aggressive Hindu cultural and religious consciousness’, moves on to examine Ayodhya’s encounter with the British, and the rebellion of 1857. Taking this further, he shows that while India’s Independence in 1947 does not in itself mark a particularly decisive turning point for Ayodhya’s history, developments of local electoral politics do, particularly with the appearance of the Ram Lalla inside the Masjid on the night of 22-23 December 1949. As is well known, it is this occurrence that sets in motion irreversible processes and events that incrementally made governance in India not only tailored to communal preferences, but even the most earnest responses from administrators, jurists and politicians began to produce violent consequences. 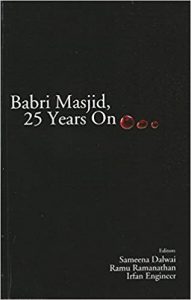 Singh describes his book as that which is not ‘only about the dispute’ over the Babri Masjid, and its aim is not to take any particular position over the ‘selective agendas’ that surround it. It is rather, as he says, born of a ‘quest for knowledge’, which ‘hopes to give readers an unfiltered and continuous stream of historical developments that were either centered in Ayodhya or affected Ayodhya substantively.’ What remains unsettled, though, is the central argument that the author wishes to make by taking this approach: whether we are meant to read it simply as a series of facts that have been gathered about a city and a specific architectural sitemuch of which is drawn from secondary sources, or surmise that in the present context the very act of bringing together ‘many histories and stories’ related to Ayodhya might ostensibly be read as an extension of the writer’s political stance. Singh claims, ‘In India today, secularism and socialism have become contemptible ideas that many liberals have stopped defending.’ Even if it might be difficult to read the statement as blanket endorsement of any kind of state of affairs, one implication of it might be that, following the violence of December 1992, any critical focus on the history of Ayodhya and of the Babri Masjid, on its own terms, has definitely been crippled; all attempts are inevitably enclosed within the defensive logic of addressing the communal and Hindu nationalist paraphernalia, which then conspires to weaken the book’s basic premise and promise.

Contemporary academic accounts of violence and cities, which also include Thomas Blom Hansen’s Wages of Violence: Naming and Identity in Post Colonial Bombay and Karachi: Ordered Disorder and the Struggle for the City by Laurent Gayer are disposed to––even while proposing some degree of generality––concerning themselves with internal structure of concepts. In a sense, the relevance of the chronological structure of the narrative in these works is to precisely show how historically concepts like violence, city, democracy or religion associate with one another, in a way that also determines their own boundaries. The arguments in these works range from underlining the resilience of collective life in the midst of collective violence, the reconfiguration of violence itself in the context of urban growth, or to show the deep roots of communal, xenophobic violence that answers for the present day; where their normative commitment lies precisely is then dependent on their methodological viewpoints. By focusing on the ‘many histories’ of the city, Ayodhya: City of Faith, City of Discord is then a bit like history itself: it serves as  a source of valuable information: you can choose to read it anyway you like, the writing is accessible and the context makes it relevant. Concluding with this very logic of history’s movement forward, Singh writes: ‘Ayodhya has come a long way in its journey over millennia, and while today it is called the graveyard of India’s composite culture and rule of law, I am hopeful that this label, too, will not stick forever. Ayodhya will keep changing its course with the river Sarayu as its eternal witness.’

Babri Masjid, 25 Years On also takes this assault on India’s composite culture—the demolition of the mosque on December 6, 1992 ‘amidst massive mobilization by the Sangh Parivar’—seriously, but in a somewhat different sense. Indeed, its central focus, like Singh’s, is to ‘look back at the watershed moment in Indian history and reflect’; but here remembering and writing about the Masjid’s demolition and its aftereffects is deeply political. It is political in at least two senses: first, the fifteen essays in the volume, and the subjects and policies that they are reflecting upon are composed in direct relation to the changing political contexts, at least since the early 1990s. Second, the writing and remembering is political not only in its response to institutional arrangements, but also in its purposes. It emerges from the very core idea of a power struggle between individual memory and official accounts; how the individual act of narration may materially resist, contest but also complement whatever the dominant expertise may declaim. While characteristic of the entire volume in general, we can see this idea emerge most clearly in essays by senior journalist Pratap Asbe, who was summoned by his editor at Maharashtra Times in November 1992 to travel to Ayodhya as ‘anything could happen’; by Jana Natya Manch’s actor and director Sudhanva Deshpande, who writes about growing up amidst violence, and in Irfan Engineer’s Afterword on the dispute’s legal history.

What is remarkable about this focus on the collection of individual memories around this issue––even if at times it may seem laden with selective amnesia or devoid of analytical rigour––is that it does contribute to understanding aspects of communal violence in general, and the Babri Masjid-Ramjanmabhoomi dispute more particularly, that remain largely overlooked, both in scholarly literature and popular discourses. For instance, the arrival of around 40,000 kar sevaks from across the country, who reached Ayodhya at least a week before the demolition, meant not only a hindrance to law and order with railway stations, bus depots and hotels running out of space and overflowing with human wrath. What mushroomed alongside were temporary shelters, and its accompanying mountains of garbage across the city, with rotting food from half eaten plates that remained strewn for weeks on end. If outbursts of communal violence immediately provoke concerns of state failure, then the failure isn’t simply in the realm of law and order but needs to stretch further along outward, to include these untouched leftovers and the unaccounted sicknesses it produced. This edited volume has many such reminiscences. These observations might seem banal to some readers, if banal stands for a foregone conclusion; but then so are outbursts of brutal public violence in India. More than anything else, the relevance of this journal issue then perhaps lies in resisting this very idea.

Malvika Maheshwari teaches Political Science at Ashoka University and is the author of Art Attacks: Violence and Offence-taking in India.