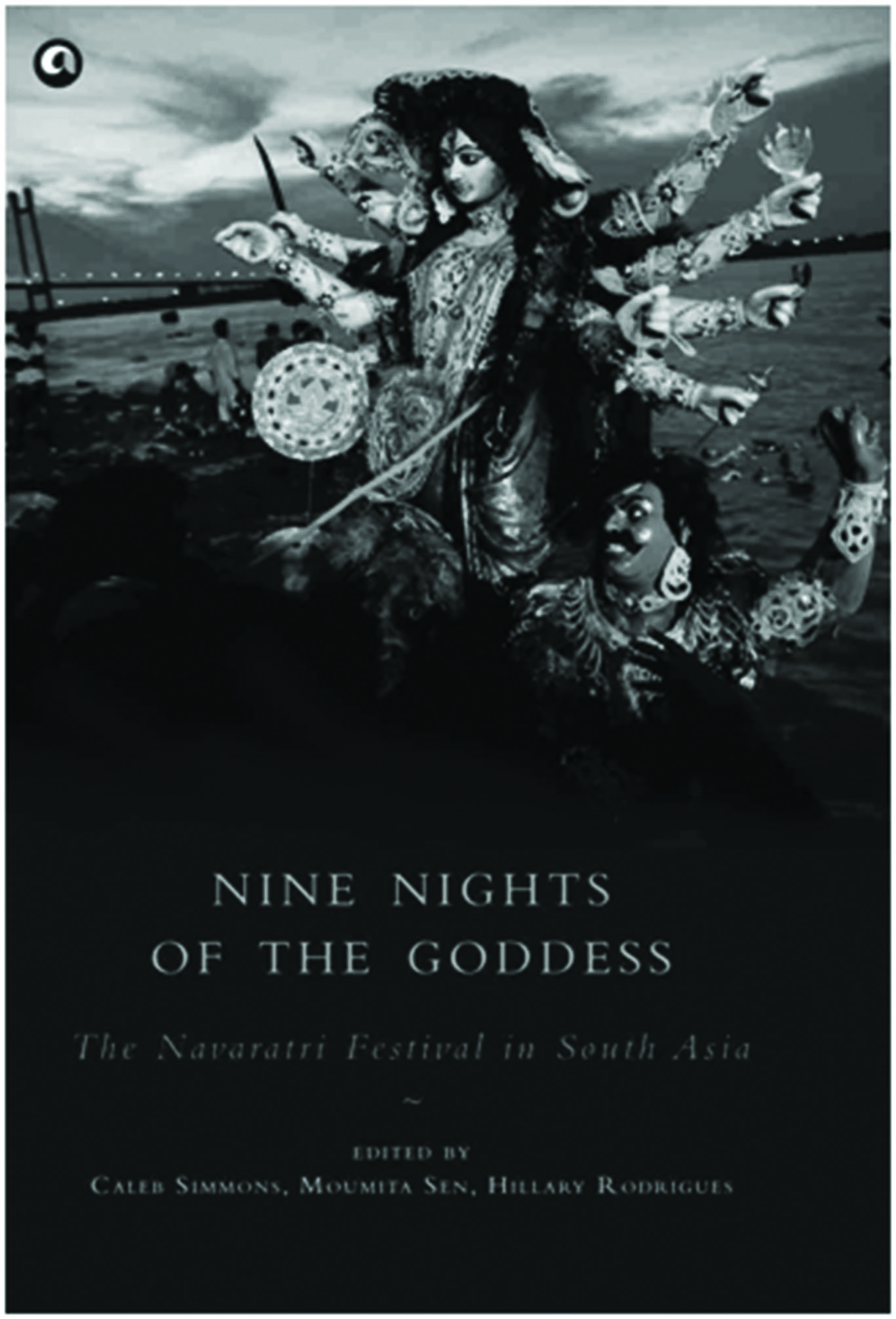 Divided into four sections, the fifteen essays in Nine Nights of the Goddess are a coming together of disciplines, methodologies, sources and places on traditions of the nine-day Navratri celebrations, also known as Navaratra, Mahanavmi, Durga Puja, Dasara or Dassain throughout South Asia.

Nine Nights opens with a section titled ‘Navratri in the Court’ where four essays explore royal court rituals around Navaratri in the courts of Kathmandu, Mysore and Odisha. Astrid Zotter and Caleb Simmons in their essays titled ‘Which Durga? What Navaratra’ and ‘The King and the Yadu Line’ draw on the significance of the Navaratra rituals in asserting kingship, power and authority over two regions that were separated by time and space—Kathmandu and Mysore. The Shah dynasty in Nepal left the rituals of the Malla dynasty intact with the shift in power and introduced their own rituals into the public realm thus ‘absorbing the earlier kings’ practices and submitting them under their own model’. The Wodeyars used representation of Dasara festivities through mural paintings and elaborate vanshavalis to assert lineage and dynastic continuity. In both Kathmandu and Mysore, the public performativity of Navaratra or Dasara is seen as a method of negotiating, renegotiating and asserting the public image of the ruler. What are the changes and continuities in the ritual celebrations of Dasara with the formal abolition of kingship? Uwe Skoda in examining Bonai, a former Princely State in Odisha argues for a Dasara that continues to evoke the historical past of the king and his rituals but with reconfigurations. Several tribal deities are integrated within the court ritual today, to assert the continuity in the relationship between the king and the adivasis. However, the public discourse of Dasara is one which may allude or may not acknowledge the supremacy of the king or his palace in the Durga Puja (a term used by newer migrants).