Deep Diving Into Lives and Times 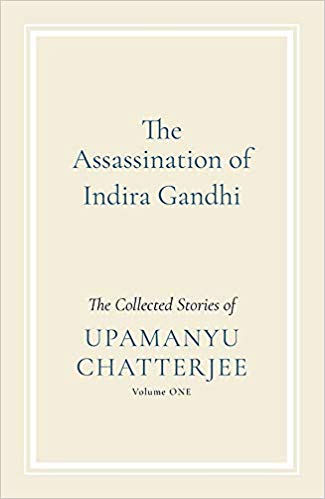 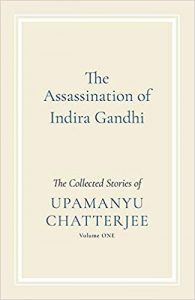 In 1988 Upamanyu Chatterjee, a Patna born career bureaucrat, published English, August: An Indian Story. The novel, Chatterjee’s first, was a literary sensation. Turning into a cult novel, it transformed the Indian English writing space forever. Very few novels, we must admit, have played such a significant part in our literary scene as Chatterjee’s English, August did; indeed, Agastya Sen is a young man impossible to forget and so is Madna, the small town tucked away somewhere in the vast Indian landmass. Fortunately, Chatterjee refused to remain a one-book wonder. Over the years Chatterjee has given us five novels, one novella and now, this collection of stories. Of course, not all of Chatterjee’s later writings hold as much appeal as English, August but yes, they certainly carry the unique Chatterjee trademark, which is humour laced with satire or the other way around. In a way, his works fall in the genre of comedy as there is, among others, ample scope for loud and unbounded laughter in most of them, and yet beneath the ostensibly funny there is always something more vital to think and reflect upon. In fact, Chatterjee’s distinguished literary oeuvre, almost entirely, is marked by this element of duplexity. His latest work of collected stories too is similar in tone and tenor except for the fact that in the current play of light and dark Chatterjee seems to be slightly more inclined towards drawing attention to the latter—to the domain of the inky and ill-lit, to, as the blurb puts it, ‘the grand horrors of the human condition’.

Written over decades beginning in the 1980s and running up until 2018, the stories put together in the collection are wide in terms of both temporal and spatial scope. The themes, sites and characters of the stories are overwhelmingly varied too. Chatterjee tells us about Thomas Roe, English Ambassador to the court of Jahangir, in the opening story ‘History Lesson’, and then Madna, the nowhere place of Chatterjee’s first novel, and then Jamun, and finally, Bunny, the young Sikh protagonist of the story ‘The Assassination of Indira Gandhi’. Most of the twelve stories are long and descriptive, covering the finer details of spatial-temporal episodes and incidents in which men and women experience a variety of feelings ranging from life-affirming to life-denying. In other words, the stories (and a few on a ‘comic’ note) portray ‘lives and situations’ through which characters first encounter, and then either resist or succumb to the absurd reality of the past and contemporary existential condition. Interrogation of this inescapable human condition in which characters are caught struggling is what Chatterjee does with literary flourish and immense sensitivity in the stories.

In the story ‘Can’t Take this Shit Anymore’, Chatterjee deep dives, in his elegant prose and unique style, into the world of manual scavengers like the school-going Valmiki (an untouchable caste) boy, Devji and his family. Two parallel narratives run through the story; while one looks at manual scavenging through the eyes of a city bred, upper caste-class girl, the other, with the untouchable Devji and family as the main cast, lives it through an utterly dehumanizing experience. Freedom, even at the cost of altering identities and escaping elsewhere, is what the family yearns for and succeeds, if only partially, in acquiring. The story ends here but goes along a bit to hint that freedom from an untouchability scarred existence is not an absolute and final one, for there are other chains and structures of enslavement left to be broken and dismantled. Human lives, in all their intricacies, are featured by this doubleness, or say, this back-and-forthness; on the one hand they kill, as in the poignant story ‘Sparrows’, to advance medical science, while on the other they are devoted to the preservation of life too. ‘Sparrows’, in fact, is a fascinating story exploring the delicate relationship between birds and humans wherein Jamun, a favourite Chatterjee character, is deeply involved in saving the lives of the fast vanishing sparrows. And yet, the sparrows are dying, he says, and ‘we don’t see what their deaths are saying about what is killing them’ (p.169).

To move on, Chatterjee’s stories, as indicated earlier, are set in different spaces and times. The stories,‘History Lesson’, ‘Robertus Heimric, Welcome Back’ and ‘Sailing to Constantinople’ explore events of the historical past. Of the three, the first is very impressive. Set in the 17th century, it narrates the story of Sir Thomas Roe’s journey to India to meet the Mughal emperor Jahangir to secure rights of trade for the English. What follows is a tale of diplomatic intrigues and ‘history’s intricate lessons’ (p. 47) involving a colourful cast of characters. It reads like a classic mystery (or cloak and dagger) story with an ending quite subtle yet jolty. No less enthralling is ‘Robertus ….’, which is an imaginative recounting––with the bits of the unknown and unsolved thrown in––of the Pied Piper of Hamelin tale. Dark themes of disappearance and death come to the fore here as they do in ‘Girl’, which––based on the Aarushi Talwar murder case––is one of the stories pitched in the present. Chatterjee doesn’t stop at death though, for he dwells upon what it means to survive. Death and survival walk together, not at ease always, to tell us that paths to redemption and liberation are often arduous and intensely painful.

The other stories, which address contemporary issues Chatterjee is concerned about are, for instance, ‘Othello Sucks’, ‘Foreigner’, ‘Three Seven Seven and the Blue Gay Gene’, ‘The Assassination of Indira Gandhi’, and so forth.The characters in these stories––parents and acquaintances of a gay boy, father of a teenage daughter and her coloured boyfriend, an Italian woman visiting India, and at the end, a young Sikh boy recuperating from illness at a time when an Indian Prime Minister is killed by her Sikh bodyguards in New Delhi––are seen anxiously grappling with extraordinary feelings and situations in their otherwise routine and ordinary lives. Unsurprisingly, Chatterjee, in a bold gesture, takes on, for example, critical issues such as racial difference, homosexual angst, national identity and communal politics in these stories, and undoubtedly provides a fine and sensitive treatment to most of them. Nearly all the stories collected in this volume, covering as they do a huge canvas, make good reading. Chatterjee’s attempt to interweave the past and present in some stories––by introducing characters like Ronald Ross, Lord Macaulay and Salim Ali––add to their quality. However, a few such as ‘Girl’, ‘Bombay, 1984’, ‘Killings in Madna’ and even the title story are somewhat lame and weak. But then, there are these other stories which make this volume worth buying.