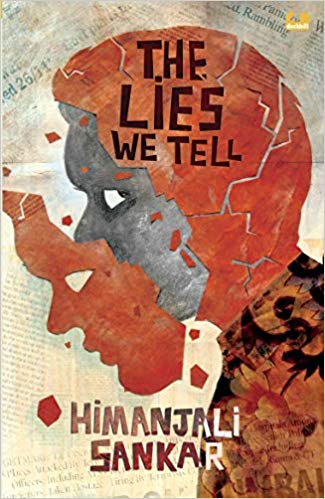 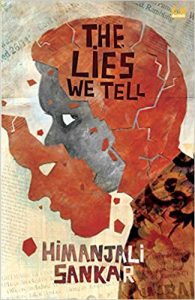 Reaching adulthood by overcoming a challenging situation is the predominant theme in Young Adult fiction. This is exactly what the protagonist, seventeen-year-old Irfan Ahmed accomplishes in The Lies We Tell.

Irfan seems to have everything going for him. Two wonderful friends, Uma and Rishi, who have been close to him since pre-primary. They have stood by each other through the most difficult circumstances—Irfan’s depression after his beloved older sister Sanya’s departure, and Rishi’s troubled family situation. But as they enter their teens, the relationship between the besties undergoes a shift. The warm, innocent world of childhood, where the three are always there for each other metamorphoses into the messy landscape of sexual rivalry.

Irfan and Uma fall in love and Rishi is sporting about it. Then one day, inexplicably Uma dumps Irfan for Rishi. It is a terrible blow and Irfan finds himself slipping into an emotional abyss. Matters come to a head when a nude photograph of Uma goes viral over WhatsApp and Irfan becomes the only suspect, even though he denies it vehemently. Everyone shuns him and his world spirals swiftly into chaos. It seems as if neither psychiatric help nor his parents’ feeble attempts to reach out to him can help. It is only the emails he keeps writing to his absent sister that can hold him together. He accepts his pariah like status among his school friends but alongside his grades fall further and further. The seriousness of his condition jolts his parents only when it becomes obvious to his schoolmates that he has lost his mental balance. Just when it seems nothing can save him, a tragedy pulls Irfan back from the brink.

The book unfolds in an intriguing manner. The opening scene briefly describes the 26/11 Mumbai terror attack, followed by a WhatsApp conversation and then a first-person narration. This keeps the reader mystified about its connection with the main story. The suspense is very well maintained and it is only when Irfan begins to unravel seriously that you get a hint as to what the cause might be.

Narrative devices like WhatsApp exchanges and emails which provide insights into the characters’ emotional life, make the book very contemporary, and also serve to vary the pace.

This book explores the world of adolescent relationships in great depth. The alienation Irfan experiences not only from his parents, but also the school principal, is very true to life. The oft cited Generation Gap is succinctly but effectively captured, as well as the intrigues and entanglements of school life. Irfan’s email outpourings are very much in character and so are Uma and Rishi’s WhatsApp backbiting. And with Irfan’s inner turmoil simmering through the course of the book, teenage angst is all pervasive.

The usual tropes of young adult fiction—losing innocence, alienation, coming of age, etc. exist, though it is not a quest tale with dramatic action but more of an interior journey. The main character Irfan cuts the umbilical cord with childhood when he finally accepts the unpleasant realities of the adult world like betrayal and loss.

Sankar’s earlier YA title Talking of Muskan was a sensitive exploration of a teenager’s same sex leanings. The Lies We Tell provides a somewhat different take on fragmenting relationships. It presents the dark side of friendship without any softening filters so it becomes a little hard for the reader to warm to Uma and Rishi. All the same, in the end, a healed Irfan proclaims: ‘But I wish us well. Despite all that happened, despite all the malice, despite all the lying.’ It feels like a very generous and mature acceptance of human frailty.

The cover by Priya Kurian is extremely striking and evokes the thrust of the narrative very effectively.

Deepa Agarwal is a writer of books for children and adults. A poet as well, she likes to retell ancient Indian Folktales, legends and myths.