Dialectics Of Power And Resistance 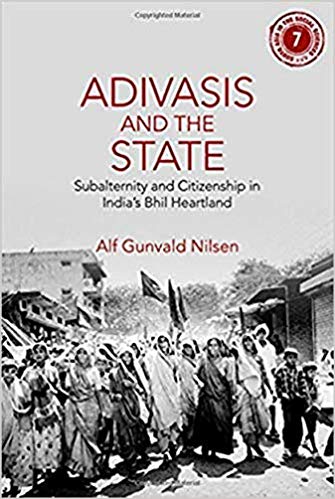 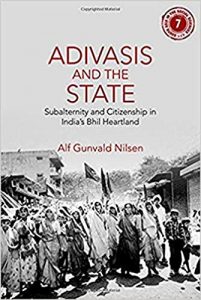 In the post-liberalization era the tribal communities are facing two contradictory situations. On the one hand, neo-liberalization has enhanced the processes of dispossession and marginalization and on the other hand, tribal organizations have compelled the Indian state in recent years to introduce various national laws like the FRA and MNREGA, which give tribal and other marginalized communities ownership and livelihood rights. Indeed, Indian tribal communities have been facing an immense crisis due to pressures from different quarters on their natural habitat and livelihood resources. This crisis has not only emerged due to the ‘development’ agenda of the Indian state, but has its roots in the monopolistic nature of the representative organ of the Indian state i.e., the Forest Department (FD) in forest areas, which in most of the areas undermined the proper implementation of the FRA. The book under review examines the changing contours of tribal struggle in western India and in this context it presents a critical and extensive study of the Bhil community and its complex relationship with ‘local state’ (i.e., FD and other state institutions).

This is a book about the subaltern politics in India—and especially about mobilization for their democratic claims to state. The book critically evaluates the context  which led to the emergence of political mobilization in tribal areas of western India. It probes the nature of their demands, their engagement with the state, its representatives and its institutions and the changes that occurred due to their collective action. This book is primarily centered on the political activities and challenges of the two grassroots organizations i.e., the Khedut Mazdoor Chetna Sangathan (KMCS) and the Adivasi Mukti Sangathan (AMS). Methodologically, the author has primarily used the oral narratives of the several (more than 60) activists of both these organizations and other Bhil tribals. Through these narratives the author has tried to bring together the experiences of the local communities with the ‘local state’ in their daily life and the working of democracy and state power at the grassroots level.

The author evaluates the theoretical construction of ‘civil society’ and ‘political society’ presented by Partha Chatterjee. He, however, underlines that it seems that Chatterjee has not been able to capture the status of political consciousness and mobilization of tribal communities, because for him they are not either able to use constitutional provisions or political mobilization to demand certain basic rights for the state. On the basis of his study the author has shown that in recent decades the tribal organizations and activists have developed an understanding of legal provisions and they are using this knowledge to assert their rights through laws like PESA, FRA and MNREGA. He shows that unlike Chatterjee’s conception of subaltern politics of contemporary India, the KMCS and AMS are using legal norms and they are working as the common organizations of both middle class activists and tribal youths.

The first part of the book presents the historical lineages of Bhil subalternity and its relations with local state-society. The author underlines the origins of contemporary material deprivation and political subordination to the construction of ‘colonial state space’ across western India after the end of the Anglo-Martha War in 1818. Specifically, both the colonial state and the princely rulers promoted state ownership over forestland and its resources, which led to the dispossession of local tribal communities. A new kind of administrative setup (including FD) was established which made many customary rights of local communities either illegal or ‘concessions’. Nilsen argues that many times, the Bhil revolted against local state but they never did it in a strong and mobilized manner and instead presented themselves as disaggregated entities so that the local state controlled them easily. He argues that historically in local state-society relations low ranking state personnel were using coercive powers against the Bhil communities of western Madhya Pradesh. Indeed these state officials (forest and others) were using their powers to extract bribes from local communities. The author argues that since earlier Adivasis were not politically mobilized and not aware about bureaucratic procedures and their rights, they never systematically fought for it. This situation continued after Independence too because the nature of the local state apparatus did not change: ‘…the subordination of the Bhils of western Madhya Pradesh was consolidated after independence, as the princely rulers of the region were incorporated into the hegemonic apparatus through the Congress governed India’s passive revolution from 1947 to 1970. In Madhya Pradesh, this gave rise to a political regime founded on the persistent power of the upper classes and upper castes, and everyday tyranny was a routine manifestation of Bhil subordination in this regime’ (p. 130).

In the second part of the book the author turns his attention to the ways in which Bhil communities have mobilized to democratized local state-society relations from the 1980s onwards. Nilsen describes the increase in the mutual engagement of urban middle class activists and ordinary Bhil Adivasis as the foremost reason for the emergence of ‘acts of citizenship’ by the Adivasis. Through their work middle class activists had not only developed faith for themselves in the hearts of the Bhil people but they also challenged the arbitrary behaviour of the local state personnel. They raised the issue of justice and rights and compelled the local state personnel to follow legal processes. In this process the Bhil youth also learnt to mobilize themselves and challenge the hegemony of the local state.

Through his analysis Nilsen tries to develop a nuanced understanding of how subaltern groups appropriate the legal and political idioms of India’s postcolonial democracy, and how such appropriations shape and reshape both the political subjectivities of subalterns and the working of Indian democracy on the ground. He argues that the collective agency among the Bhil Adivasis of western Madhya Pradesh works along three key axes—law, civil society and citizenship. Following Julia Eckert’s analysis he underlines that the activism of the KMCS and the AMS is also best understood as a form of ‘“legalism from below” that effectively undermines the everyday tyranny of the state’ (p. 23). Of course, very few tribal activists have a clear understanding of all provisions of such laws, but in general, the Adivasis have realized that these laws give them rights over forestland and its resources. Nilsen analyses the politics of forest rights and local self-rule in the later activism of the KMCS and the AMS. Drawing on James Holston’s (2008) work he argues that these mobilizations inflected idiom of citizenship with meanings that exceed the confines of governmental and liberal moulds in crucial ways. However, the author also underlines that ‘… despite its significance this transformation did not entail a rupture of hegemony and state power as such. Rather, what the activism of the KMCS and the AMS achieved was a change in the terms upon which Bhil Adivasis were incorporated into the hegemonic formation that had been crafted through colonial and postcolonial state formation in the region’ (p. 207).

The author accepts that the tribal communities are facing violent resistance from entrenched structures created by the dominance of upper caste and upper class and the different apparatuses of the local state. Following Gramsci’s analysis of civil society and political society, Nilsen distinguishes between the two forms of coercion faced by KMCS and AMS, ‘routine coercion’ and ‘extraordinary coercion’. He argues that routine coercion works in tandem with concessions to and partial accommodations of subaltern claims and demands to contain subaltern claims, within the boundary of a particular hegemonic formation. Nilsen argues that extraordinary coercion has been successful in raising the cost of activism to such an extent that it has effectively undermined the advance of the AMS. He presents a detailed description of the trajectory of the sustained campaign of coercion against the AMS by regional political strongmen, bureaucratic authorities and members of the local Adivasi elite. In mobilizing coercion, dominant groups constantly traverse the boundaries of political society and civil society in Gramsci’s sense of those terms.

The author asserts that ‘progressive’ laws like NREGA and the FRA can potentially be used to consolidate the democratic consciousness enhanced by the political activities of organizations like KMCS and AMS. He, however, accepts that these changes are not sufficient to challenge the entrenched local structural system, which the Adivasis and their organizations are facing. Nilsen uses the idea of ‘non-reformist reform’ presented by Andre Gorz, which describes that such reforms should focus not only on what can be, but also more on what should be. Non-reformist reform, in other words, seeks to modify relations of power in a way that makes systemic transformations a possibility (pp. 24-25). He suggests that grassroots organizations should think more pragmatically to consolidate and enhance the gains achieved by them through their long struggle. He emphasizes that the tribals should try to build alliances with non-tribal subaltern groups, but since the experience of such politics has not been very effective, tribal groups should reflect on the trajectory of Left-Wing electoral politics in India in order to draw lessons that can be relevant for a radical transformative politics in the Bhil heartland. He, however, does not accept Left-Wing electoral politics as a final solution, indeed he accepts its limitations, but emphasizes that ‘[S]ubstantial advances towards non-reformist reform can be made by bringing together subaltern groups around transformative claims for land rights and welfare rights’ (p. 262).

Though the book presents the emergence of consciousness for citizenship rights in the Bhil Adivasis in western India, particularly in Madhya Pradesh very succinctly, there are a few limitations in the book. First, the author presents the Bhils as a monolithic category without any internal sub-division (existence of different identity based sub-groups) and contradictions. Second, the study is primarily focused on two organizations, but there is no clear understanding of the relationship of these organizations with other grassroots organizations working in that area. Both the organizations are ideologically Left oriented, so it would have been interesting if the author had also compared and contrasted their work with some other organizations with Right-Wing leanings. In this context the name of the tribal wing of the Rashtriya Swayamsevak Sangh (RSS) and the Akhil Bhartiya Vanvasi Kalyan Ashram could be specifically mentioned. Third, though the author describes the FRA and its impact on the citizenship rights of tribals, it does not present any critical study of this law.

There is, however, no doubt that this book is a unique contribution in the study of grassroots tribal politics and its challenges. It shows the working of democracy and rise of citizenship aspirations at the grassroots level in one of the most marginalized communities and its complex relationship with local state and other dominant groups.