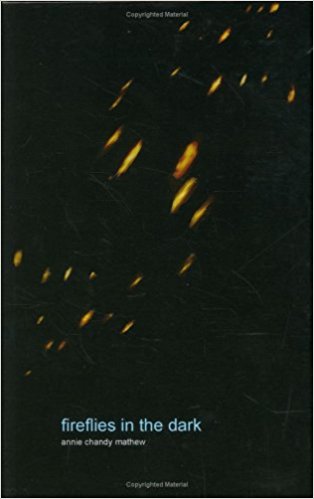 This is the third volume in an ambitious project to analyse the history of the Indian Freedom Movement in the metropolitan country, Great Britain, from the late twenties to the attainment of Independence. The first two volumes dealt with Krishna Menon’s evolution as a social activist and intellectual through various phases—boy scout leader, voluntary theosophist, and a very young probationary political activist in Britain. These volumes take us upto 1932, a few months after the Second Round Table conference, in which Gandhiji played the major role. That volume was most memorable for Krishna Menon’s personal contribution to supporting Gandhiji in London at a difficult moment. In this third volume, from 1932-1936, we see the India League developing into an important political organization in the United Kingdom, fully a part of the establishment, but carefully cultivating the dissentient voices, particularly in the Labour Party, on the central topic of British colonialism in India. Towards the end of the present volume Jawaharlal Nehru, who had been in prison most of the period, comes out of jail and becomes a friend and colleague of Krishna Menon, during his visit to Europe on a purely personal matter—the illness of his wife.

The next volume promises to be eventful in the first three years before the beginning of the Second World War, both in the development of Krishna Menon as a major figure in the elite intellectual circles of London, as well as an important participant in the European struggle against authoritarianism.

It was during the early thirties that the India League became a major factor in political propaganda in Britain. Krishna Menon organized a team of young people and published a journal to acquaint the British public about the developments in India. This was a period of some activity on the part of the ruling establishment in Britain and in India—the lengthy period of preparing for a semi-independent Federation, in which the “Native States” would also be involved. There was a detailed controversy about the future of the British Administration, in which the Secretary of State, Samuel Hoare, and the Viceroy in Delhi, Willingdon, were active in an aggressively partisan manner. To oppose them, Krishna Menon had successfully attracted distinguished British intellectuals like Bertrand Russell, the Chairman of the India League at this time, Professor Harold Laski, and the great labour politician, George Lansbury.

In India, there was a vacuum because both Gandhi and Nehru were in prison, but Krishna Menon kept immediate contact with Madan Mohan Malaviya, the then President of the Congress for a short interregnum, and his son Govind Malaviya. The discussions in the London Letters of Krishna Menon mainly dealt with the inevitability of complete freedom for India in the modern international context. This meant also the follow-up of these pamphlets with any number of meetings in the various cities and towns of Britain in which Krishna Menon and his dear colleagues, Krishna and Mary Shelvankar were involved. Barbara McNamara took over the day-to-day administration of the India League. There were also young recruits most of them Indian students studying in Britain. The central topic in this volume is the sending of a small India League delegation in 1932 for ten weeks to India to study the condition of the country after the imprisonment of the senior leaders and after the cessation of political activity of various types in India after the Meet Conspiracy Trials, and the Government action against the fledgling Communist Movement. There was a great deal of discussion in India on the Government’s Constitutional Agenda centering round a Federation. The delegation’s job was to analyse the physical situation in the country, both in the cities and the villages, at a crucial moment in the evolution of the British India relationship. The delegation included two distinguished English women, Ellen Wilkinson and Monica Whately, and Leonard Matters, a radical journalist and Krishna Menon himself. The book gives us, in graphic detail, the methods used by Menon and his colleagues to garner funds for the delegation’s tour of India, primarily from Congress sources, even though cheap levitra order online every care was taken to distance the delegation from any type of identification with the Congress. The delegation members were extremely careful not to alienate the bureaucracy. Chakravarty draws on not merely the Krishna Menon papers, but also the internal correspondence of the British Indian establishment, as now revealed in the India Office archives. A total three-dimensional picture thus emerges of the several forces active in India encouraging the delegation and also trying to frustrate it. The return of the delegation at the end of 1932 faced the India League with a major challenge—whether to publish the Report of the delegation and when. We are told how all the inevitable financial and organizational problems were tackled by Krishna Menon and his senior colleagues, Laski and Lansbury, and how the book was published in 1934 as the Official Report of the India League delegation. The British Government proscribed the book in India and it became a non-event as far as the Indian National Movement is concerned. It was only two or three years ago that Professor Chakravarty published with an analytical introduction the text of the Report under the title Condition of India. That volume should be studied as a supplement to this third volume of the India League history. The most exciting thing about this book is how the Indian Freedom Movement in India and abroad is projected against the major developments in Europe in the thirties. Fascist counter revolution in Italy had earlier begun the process of authoritarianism. This was intensified and became the major development in Europe with Hitler’s advent to power precisely during this period. This was the intellectual background against which Krishna Menon evolved as a major political propagandist in the English society. It should also not be forgotten that it was precisely during this period that Menon completed his battle against personal financial difficulties and became a fully qualified barrister and a member of the Inns of Court in London. This is an important detail which has to be emphasized. Chakravarty scrupulously avoids personal details. This is a biography with political appendices. It is the history of the Indian Freedom Movement in Britain centered round the magnetic figure of one single individual.

Some ‘neo-sceptics’ have recently wondered whether it was worthwhile—all this effort to study the India League and Krishna Menon. The answer is simple. In the total evolution of the Indian National Movement, whether it was in South Africa with Gandhi or in the United States with Hardayal and Lajpat Rai, with Viren Chattopadhyaya and Hardayal again, and M.N. Roy in Europe, the central role had to be inevitably borne by the representatives of the Indian people in the metropolitan country. That is why this book had to be written in all its carefully collected documentary details where, not merely the public propaganda in London’s Hyde Park and various English cities like Bristol and Manchester is projected against the parallel background of the struggle between the moderates and the hardliners in all political parties in Britain. In a sense, this scrupulously researched story of the British element in the Indian Freedom Movement will have its own place among the various contributions to the Towards Freedom Project of the Indian Council of Historical Research and the selected works of M.N. Roy, Lajpat Rai and, of course, the great Indian socialists abroad including Palme Dutt and Saklatvala. After this four-volume masterpiece is completed, Professor Chakravarty may like to publish two more books: one, a short monograph giving the whole story and the other, a compilation of all the documents mentioned in each chapter. It is more such volumes that we need, not less.

A.K. Damodaran, a former diplomat, is the author of two books, one on Jawaharlal Nehru and the other on India’s Foreign Policy, and has been reviewing books for The Book Review since the early years.