Forensic Explorations Of Self And Family 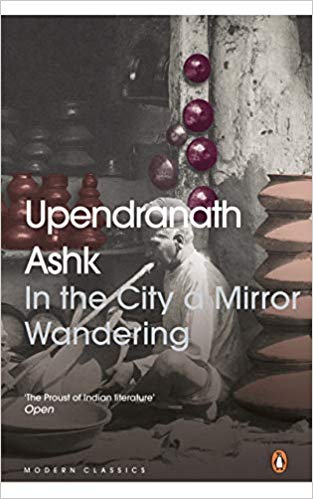 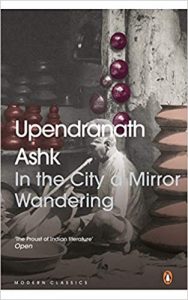 Perhaps it is inevitable that every generation claims newness. It is really the task of scholarship to give validation and depth to such claims in literary grouping such as the Nayi Kahani (the new story) of the nineteen fifties and sixties. The analysis would move from simple claims to a larger exploration of what the distinctive voice or quality of the work is; it would be less interested in newness (is anything ever meaningfully new or old?), and be more of an attempt to trace the specific contours of a given novel in terms of questions like self-formation, friendship, agency, playfulness, intimations of the tragic and so on. By immersing oneself in a work, and exploring the above terms, one can get a much deeper sense of the work than by empty terms like social realism or Nayi Kahani or tradition or romanticism.

It is in this context that Upendranath Ashk’s (1910-1996) oeuvre is especially instructive—In the City a Mirror Wandering (1963) was published sixteen years after Falling Walls, the first novel of the six volume novel-cycle. This second novel of the cycle has been recently translated into English by Daisy Rockwell. The traditional understanding of Hindi literary genealogy moves from Premchand to Jainendra-Agyeya, with Yashpal retaining Premchand’s mantle, even as the Nayi Kahani writers (Kamleshwar, Nirmal Varma, Mannu Bhandari) dominate the fifties and sixties. Such formulae are accepted only at the cost of injustice to everybody. Ashk seems to have especially lost out. For he retained and developed the Premchand form into something oceanic, truly exceptional, and viewed from a very different, non-didactic vantage point. Ashk must be seen on his own terms—this novel is about the indefatigable story of a young artist in a lower middle-class world, determined to create against all indifference and contempt, great art. It is marvellous that the internal desire (the desire to create) is both process and summation in the creation of the artwork—the great novel is about the writing, as if in real time, of the great novel. It is this that gives the novel a reflective quality that the older realism of Premchand lacked—the constant preoccupation with reflection is reminiscent of Agyeya’s Shekhar, yet Ashk retains the detailed visual descriptive form of the great nineteenth century Victorian or Russian novelists.

The book is organized simply—it is a day’s wandering through the streets of nineteen twenties/thirties Jalandhar. The protagonist, Chetan, is a young man, who is already worried that he will not become the great writer he so yearns to be. The initial section contains a pathos that the later sections (which prioritize other sentiments such as the comic, or anger, or frustration) do not quite have. The situation is simple: Chetan is married to a woman Chanda he is fond of but does not love. He loves someone of his wife’s family, and whom his wife thinks of as her younger sister (this latter woman Neela was around twelve or thirteen when Chetan first saw her and fell in love). The young Neela is aware of Chetan’s fascination and does not discourage his attention—one day he kisses her. She is promptly, inevitably, married off. The sorrow of that simple, absolute separation haunts the day that the novel takes place in, steeping it in guilt, remorse, horror. Though the awfulness of such situations always fall harder on the women involved (one thinks of Mrinal in Jainendra’s Resignation, or Shashi in Shekhar), the young men are also rather battered. Some of this battering brings out its own tentative tenderness—for example, the last chapter of the novel recapitulates Chetan’s first night with his wife. He had tried to play the sophisticate, exchanging witty banter—he could not bear to be the man who, as his friend advised, was supposed to keep a hidden flashlight handy as he knew so little of a woman’s body.

Bookended by his wife (whom he leaves in the morning to return to at night), much of the meat of the novel actually involves a dense world of male homo-sociality. It is a loosely structured, episodic work—new chapters start with the introduction of a new character, and then Chetan spends a few hours with them, distilling that hour into observations on his self, or the city, or the difficulty of livelihood, or the politics of the street and so on. Though Ashk said he started the novel in 1957, he could not write for the next three years, but then realized that if he did not write it soon, the novel would slip from him—so, in 1961, despite tuberculosis and insomnia, he managed to write much of the nearly five-hundred-page novel in less than two months. One mentions this because, reading the novel, one might have thought it written with easy fluency as it reads so limpid in its sense of a day flowing smoothly in time, event, conversation and friendship. The detailed visual descriptions —not only of lost love, but of ordinary though intriguing occupations such as key-making—allow the book and reader to pause and catch their breath.

There is the overall horizon of ambition—Chetan wants to be a great writer—and it is contrasted to the everyday reality of a provincial city. In the Preface Ashk asks if it is worthwhile to struggle so much to represent a ‘mean, mediocre, lower middle-class life.’ Yet, the paradox at the heart of the novel is that even as the supposed mediocrity is represented in rich detail, what is made available to the reader is not so much disdain, but instead a love for that compactly lived neighbourhood life. Even if the poets of the town are plagiarists, or if the exams are written by people with fake roll numbers, or the exam papers are themselves ridiculous, or if Diwali is an excuse for traditional gambling gatherings, or politics was often reduced to Gandhi-mimicry, and print culture was merely a melange that indifferently published sex advice, Vedanta and nationalist propaganda, yet there was an undeniable vibrancy and humour in that street-life. The mohalla and its chowks, with their intergenerational and inter-caste (here, Brahmin versus Khatri) squabbles, is a university in its own right.

For perhaps such outward waywardness is far less cruel than the inner secrets of families—Ashk refers briefly but powerfully to the disintegration of Chetan’s family life. Often the desire to get away from the mofussil was in truth simply a desire to get away from the family. His father drank too much, beat his wife too often, and yet for the longest time Chetan felt only contradictory emotions toward him—hatred, jealousy, envy at his generosity and the loyalty he commanded from so many. In contrast to his much-loved father, Chetan only felt a petty envy toward any friend of his who had been doing well in the world. It is a fleeting but forensic exploration of both self and family.

Finally, one must be deeply grateful to the translator Daisy Rockwell’s act of love and labour—over the years, her translations have come to single-handedly hold together a semester’s worth of novels from the Hindi-Urdu tradition. Few issues are more urgent in higher education pedagogy than the availability of these richly imagined novels—be it in the disciplines of literature or cultural history or political thought.

Nikhil Govind is the Head of the Manipal Centre of Humanities, Manipal Academy of Higher Education (MAHE), Karnataka. He is the author of Between Love and Freedom: The Revolutionary in the Hindi Novel (Routledge, 2014) and Inlays of Subjectivity: Affect and Action in Modern in Indian Literature (Oxford, 2019) which will be released later this year.