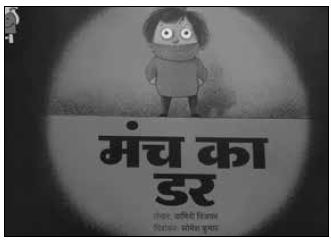 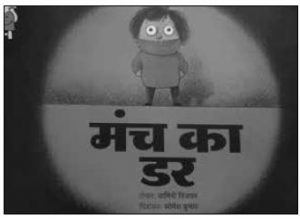 By Yamini Vijayan. Translated from English into Hindi by Deepa Tripathi. Illustrations by Somesh Kumar

By Veena Kapoor. Translated from English into Hindi by Swagata Sen Pillai.Illustrations by Priya Meenakshi

Level 3 books are an inquisitive mind’s delight with engaging tales of discovery which teaches one and all to appreciate the little wonders of life. These thought-provoking books make a simple blend of events for the tender feet to look at things in a different light. They are just the right kind of fuel for a child’s level of curiosity with effervescent pictorial depictions of stories for a fun learning process. From soup to nuts, interesting stories promote the inculcation of a compassionate vision towards progressive reflection.

There is much to imbibe from Champa and her passion for singing in the most mundane situations in life. This book revolves around Champa’s personal victory in achieving self-confidence by defeating her fear of stage fright. The Hindi- translation, Manch ka Dar, describes her ability to find joy and burst into musical ecstasy at any given point in time. This observant giddy-kipper leaves no stone unturned to start singing praises of Nature and its mysterious ways of existence. But the only obstacle in the way is her perpetual anxiety at the thought of displaying her talent in front of a live audience. Finally, her best friend encourages her to grow through her tongue-tied situation by performing at the annual function. Just like this story, everyone deserves a best friend to grab one’s hand from the mirage of insecurities only to soar higher. 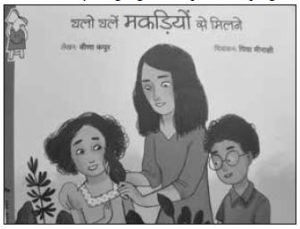 Have you ever observed a daddy-long-leg home spider creeping around your bed-side lamp with awe? Probably not, but the bold kids in the next story are on some kind of a quest to survey the interesting whereabouts of all types of spiders grooving in various environmental set ups. The Hindi translation of Off to See Spiders, Chalo Chale Makdiyon Se Milne is an absolutely jolly paean to read. Not only is this short story informative but it sheds light on various kinds of spiders active in their own kingdom of insects while coexisting with us. The fast-paced, ego-centric lifestyles make us forgetful of other tiny beings also present in this world which is why none of us truly think about them in all seriousness. Another intriguing aspect of this story is the unconventional career choice of the elder sister wanting to pursue her career as a forestry scientist because of her sheer passion which fascinates the two curious toddler’s eagerness to learn new things from her. 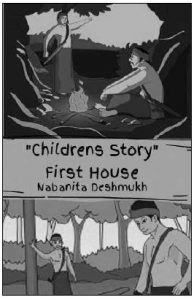 Another fascinating odyssey is of two brothers trying to bring into being a house of their own, First House. This parable pays homage to the civilizational shift of Singpho Tribe from cave life to creation of proper houses to live in. It is inspired by the popular folk tale of Arunchal Pradesh justifying the architectural brain-child of a permanent dwelling in that region. It has an exotic element of including advice from almost every wild specie of the jungle from designing a pillar to the roof of their first proper humble abode. Contrary to the arrogant consciousness that makes us believe that human beings are the rightful owners of world territory, this story stands apart. One of the stirring parts about this book is Mithun, the buffalo like creature who is mourning for her dead husband but still suggests that the brothers learn from the carcass of her partner to build a strong house for better security purposes. This might be a little intense for a child to comprehend as to how and why she did this. But the author attempts to draw a mature relational aspect between human beings and other species.

All and all, these captivating page-turners are lucidly written to enhance the thinking capacity of children from the obvious ABC to out of the box concepts intrinsically intertwined with daily lives of people.

When she’s not bird-watching, Gauri Sharma is trying to complete her Master’s Degree in Human Rights from Jamia Millia Islamia, New Delhi.