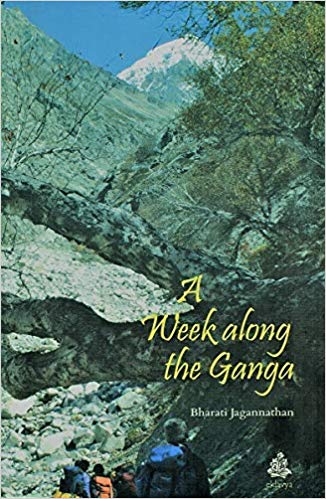 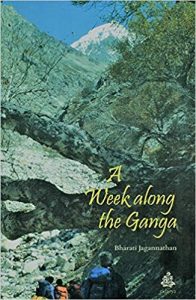 Through the ages the Ganga has held an inexplicable fascination for seekers, adventurers and travellers alike. Entwined in myth and worshipped like no other river, Ganga Ma is said to be one of the few things that India speaks of in one voice. Its origins in the high Himalayas, which have been depicted as ‘the golden windows of heaven’, provide the essence of the Ganga’s mystique.

Whether it be sages seeking the divine, explorers in quest of Shangri-La, or trekkers looking for temporary escape, the Himalaya has invariably been transformational. Lama Anagarika Govinda described how the mountains raised consciousness to a level transcending the concerns of ordinary life; and, even the hard-boiled imperialist, Francis Young husband, felt himself uplifted to a higher plane, cleansed of meanness and paltriness.

A Week Along the Ganga recounts an expedition to Gaumukh, the mouth of the Ganga, by a bunch of urbanites, including a ‘geriatric’ couple and three children. Centred on the experiences of two pre-teens in the group, Bharati Jagannathan, the author, captures the awe and wonderment that seizes them as they hike alongside the Ganga into the higher Himalayan reaches. Regaled with Gangetic lore and legend, the children are enraptured by the moods of the river: deep, tranquil and gentle at times, roiling, thunderous and playful at others.

The first glimpse of snow peaks leaves the group dumb-struck with astonishment, and the first touch of snow brings out the child in them. The procession of towering behemoths accompanying them, culminating with the majestic Bhagirathi peaks at Gaumukh, epitomizes the sublime beauty and magnificence of nature. As they watch the irresistible Ganga crash through walls of rock and hurtle through narrow gorges, and witness ice-formations shift and whole mountainsides slide down, they are reminded of the puniness of humans and the pettiness of their preoccupations.

Jagannathan offers the children helpful tips on capturing fleeting vistas on film and deftly introduces information about the flora and fauna they encounter: evergreen forest changing to chir pines and birch,to treeless grasslands and, finally, the scree rock at higher altitudes; avian life peculiar to the mountains: redstarts, red-billed blue magpies, rufous turtle doves, choughs; elusive bharal and goral goats, and the legendary snow leopard, a mere glimpse of whose pugmarks is a tale to take home.

The wondrous effects of changing seasons are on display: ‘for the trees down below it is already summer; at Chirbasa it is still spring; and up near Bhojbasa winter is still not over.’ But the ravages of climate change are omnipresent: the rhododendrons are flowering earlier than usual. From the frequent road blocks caused by friable hillsides to alarming shrinkage of glaciers, the fragility of the Himalaya is hard to miss.

The mouth of the Gaumukh glacier is an awesome sight: ‘All ice. Menacing white-blue cracks and crevices like millions of wrinkles lining its ancient yet ageless visage.’ A similar description was offered by J A Hodgson in 1817—the first outsider to reach there—with the difference that the glacier then was 300 feet thick while now it is barely a third of that. Receding at a rate of hundreds of meters every year, the effect of declining snow-melt on the flow of the Ganga is portentous. To underscore the inclement power of nature, the trekkers are rudely disturbed by huge chunks of ice breaking off the Gaumukh glacier and rocks thundering down.

The expedition affects each member of the group in some remarkable way: new bonds form, encrustations of habit dissolve, the crotchety old couple come to realize how much they mean to each other, the tightly-knit family draws even closer together, the professional trekkers revel in the surroundings. Agonized by a rocky marriage, and unsure of the future of her daughter and herself, Paru’s mother finds answers in Gangaji. ‘Just look at her’, she exclaims to Paru, ‘she is so free….nothing, nobody can bind her. And it seemed to me that she was telling me not to measure my life through someone else.’ Her mother’s transformation thrills Paru whose life will probably change beyond measure, but the week she has spent beside the Ganga will help her to cope.

This little book encourages children to respect nature and build empathy with their surroundings, their fellow beings and their loved ones.

Govindan Nair is a former Civil Servant based in Chennai.