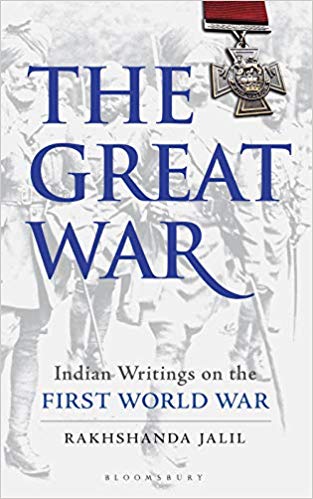 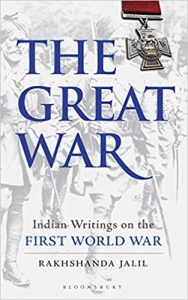 The war revealed to the Indian villager who served in France an entirely new standard of housing and comfort. He saw there with astonishment and envy how well the peasant proprietor can live, and, returning to his village, beheld its cattle-shed life with a tinge of disgust.

The laughter on the faces of those who will die tomorrow is unmixed with sadness or pity.

The publishing season of War continues! The two world wars of the 20th century have produced a prodigious amount of academic and non-academic literature in the 21st century because this literature commands a good market. After all, curiosity regarding these cataclysms remains seventy-five years after the Second World War ended in 1945. During 2014-2018, the hundredth anniversary of the First World War was ‘commemorated’ across the world. Whether such mass killing should be celebrated is a different matter, but publishers, especially in the West, had a good time selling books on WWI from a variety of perspectives. Books don’t sell these days and, therefore, fashion and markets must be manufactured for them. And there is nothing better than dovetailing commemorations into the business of commissioning, publishing and selling paper books in the age of PDFs and the Kindle. Thus, literally hundreds of books and coffee table books have been published on WWI since 2014. Whether most of them tell us a new story of the War is a different matter. In this process, some authors have tried to undermine the eurocentrism inherent in the literature generated by WWI since 1918. Their works highlight the contribution of the European colonies to the War effort of the master countries and India, in this scheme of things, obviously plays an important role. It should be remembered that the Indian Army of WWI was fielded in several theatres of the War including the Western Front but its War record, in general, is not well known to the lay readers. This is not to say that Indian military historians since 1950 have ignored this important chapter of Indian military history; the revised memory of WWI has made military history saleable at least for a few years. 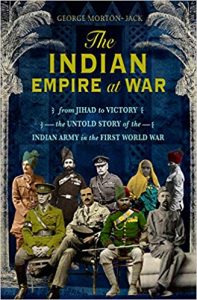 While it is good to see writers and publishers getting together to narrate the Indian chapter of the WWI afresh with the help of new and variegated sources, what might irritate the serious historian is the publication of obsolete general military histories in the shade of the WWI. The Military History of India (Rupa) falls in this category and is the most expensive of the three books being reviewed! Written by a former Director of the History Division, Ministry of Defence, Government of India, the book has neither footnotes nor a reference list of primary sources consulted. It reads like a textbook, which could have been called ‘A Comprehensive History…’ published in the 1950s. The author’s generalizations are dated enough not to merit comment. The book contains a bibliography that omits all the historians renowned for their original and path-breaking research in Indian military history—clearly the author loves to write but dislikes reading the latest books on his subject. The cavalier approach of the author, and ignorance of the publishers, is evident from the fact that Chapter 16 on the colonial and postcolonial Indian Navy does not even mention the Naval Uprising of 1946. In its haste to join the bandwagon of military history flagged off by the memorialization of WWI, an overpriced book, which discerning readers will eschew, has been published.

In contrast The Great War: Indian Writings on the First World War is a pleasure to read. Jalil, a writer and critic known for her mastery of Urdu and English, offers a collection of prose and poetry produced by Indians during the War years. We are informed that the Indian response to WWI was ‘complex and variegated’ and the representative works chosen for the volume express this ‘ambiguity’. One aspect of the book requires special mention. WWI caused the proliferation of popular oral literature in many parts of India but especially in Punjab because of its exceptional military participation ratio. The colonial state, to begin with, ‘commissioned songs’ to encourage recruitment:

The recruits are at your doorstep.

Here you are in tatters

There you will wear a suit

Here you wear worn out shoes 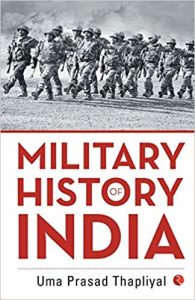 India’s tryst with WWI did not end in 1918. It continued in the disappointment caused by the Montagu-Chelmsford declaration and also the shock of Jallianwallah Bagh. Hasrat Mohani expressed the dejection in the following words:

The Great War: Indian Writings on the First World War is a work of literary history. Those interested in studying the remembering of WWI in contemporary essays, memoirs, stories and poetry will find this volume scintillating. This is a novel way of doing history in a country where professional history rarely reaches the masses.

Morton-Jack, a London barrister and former history student at Oxford, is an excellent scholar known for his insight into the social and campaign history of the colonial Indian Army. His The Indian Army on the Western Front (2014) presents a detailed, sometimes disconcerting and critical account of the Indian Expeditionary Force sent to France and Belgium during WWI. An admirer of the colonial Indian Army, the author has now written a rich primary source based historical account of its deployment and denouement in all the theatres of WWI. The Indian Empire at War, with its heavy reliance on the letters and documents written by the jawans and officers of the Indian Army at war during 1914-18 makes for delightful reading. The narrative woven with the testimonies of WWI participants both active and wounded highlights the professionalism of the Indian Army. The fact that Muslim troops commanded by British Officers showed no reluctance in fighting against the Turks, despite extant jihadist propaganda, is highlighted with reference to observances from the battlefields of the Middle East. The mixed experience of Indian soldiers in Flanders, France and the hospitals in England is recounted in admirable detail. We are told that if the war hospitals in England resembled well-appointed jails, the French bowled over the Indians. As one Sikh soldier wrote of them: ‘The people are like angels. All they lack is wings’ (p. 410). Other jawans called French villages a living paradise. ‘You talk about heaven and the city of Indra, they are nothing at all’, wrote one while another expressed his desire to migrate after the War (p. 407). In sum, WWI gave the Indian troops a worm’s eye view of the orderly Belgian and French rural life and advanced agrarian technology—things they could not imagine in colonial rural India. Finally, influenced by their war experiences and with memories of wartime camaraderie the Indian troops continued to serve the British in the post-War years despite the overtures made to them by mass nationalism. Morton-Jack speaks of the coming of age of the Indian Army as a professional army due to WWI.

Anirudh Deshpande is Associate Professor in the Department of History, University of Delhi, Delhi.