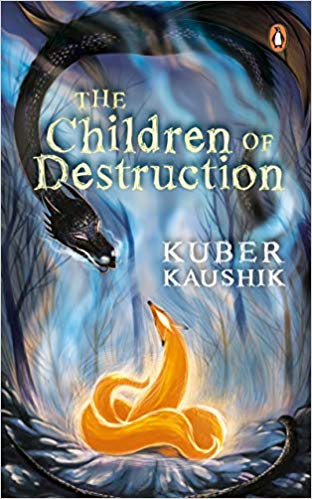 The CHILDREN OF DESTRUCTION 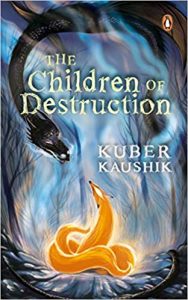 Children of Destruction is a fantasy novel by Kuber Kaushik. It starts off rather mysteriously and the pace continues to build up, going from the streets of Hong Kong to the Hindu Kush and then Nepal, giving the reader a snapshot of each of the characters in a moment of power: Alice, the gawky girl from Hong Kong fighting off hellhounds in the street; Adam, a genetically engineered superhuman fighting off commandos of a shady commando organization; and then Tao, the blind and telekinetic Nepali mass murderer killing off members of a sort of Nepali Mafia/Junta crossover. The characters are remarkable in their own right, and Kaushik manages to weave an occult web that intertwines all of them and their lives.

However, despite having a strong foundation of elementals, alternate reality and mythology Kaushik fails to develop these fundamental ideas of the story sufficiently and leaves them wanting in many areas. He does infuse the story with doses of sarcasm that often help to ease the tension and load of the storyline by providing light moments after heavyweight scenes. Side characters like Kit the vixen and Adam’s rather inept brother Kharsan help to act as spotlights on the main characters talents but are rather lacklustre in themselves even though Kit is a talking fox. Plenty of action is provided by the rather shady commando group that most of the new stories dealing with the occult seem to have. The narrative is bolstered by how Kaushik effectively links together the characters in a subtle yet convincing manner and shows how even in real life, things that on the surface seem unconnected and abstract can actually share a very deep connection that just requires you to look deeper to find it. He also shows the reality of each great civilization, ruler or way of life—immortality and longevity. This is in fact what each of us strives to be, maybe not so much in the physical sense, but immortal in the memories of others, or as succinctly put in Hindi, Naam Amar Rahe, or (Our) name should be immortal. Despite all this though, he still adheres to the cliches of a bumbling sidekick to an almost perfect hero (Adam’s brother Kharsan) and the son taking revenge for the killing of his parents on Tao among others.

Kaushik weaves together a compelling narrative that makes the reader really think that is there actually another world linked to our own, one where talking foxes and telekinetic killers are all real. He also makes you think about the world of ours in a new perspective, one that is entirely new, if not a bit chilling. This novel on the surface is a lot like a run of the mill alternative reality novel, but it also has a lot of promise, as its way of looking at such a theme is refreshing and different from what most others have to offer. I would say that if you are into such stories, this is well worth a read.

Ivor Ismail is a Class 10 student in The Doon School, Dehradun, interested in literature and the world around him.