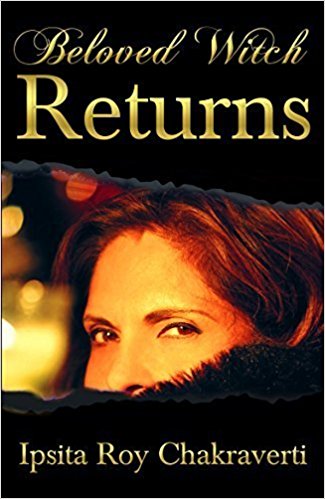 Ipsita Roy Chakraverti (b. 1950) created a sensation when she declared that she was a witch in 1986. Because of her social and economic status, she was given the opportunity to explain that she is a Wiccan Priestess. Wicca is not black magic, it is like an ancient religion.

She started administering Wiccan ways of healing to the people. She went to the aid of women in rural Bengal, where it was (and still is) common for a poor widow to be labelled a witch. ‘If I had come from a different rung of society, or was illiterate, the reaction wouldn’t be the same,’ she observes, and uses her position to help others. She started training volunteers in Wicca, and this group was initially named the Wiccan Brigade; because they were ‘covering so many subjects and areas, not only Wicca’, the ‘Young Bengal Brigade’ came into being in 2013 as an organization for all her activities. She went to school in Canada; her father, Debabrata Chakraverti, was a postgraduate scholar of aerodynamics from Glasgow University, and served two terms as the Permanent Representative of India on the Council of the International Civil Aviation Organization at their headquarters in Montreal. Her mother was from the royal families of Mayurbhanj and Cooch Behar, and one of the first graduates of Kolkata’s Bethune College. Ipsita received her initiation into Wicca at a chalet in the Laurentian mountains, some miles from Montreal. She spent three years with a group of women studying the ancient cultures of the world.

The Wiccan High Priestess taught her that we must work in alignment with the Forces—not against them. They would study the writings of Friedrich Nietzsche and Sri Aurobindo, and ‘marvel at how they both believed in evolving into a superbreed’. The book under review is a sequel to Beloved Witch: An Autobiography (2000); however, it can be read on its own because Ipsita Roy Chakraverti gives us all the relevant information published in the first book.

The book begins with a supernatural experience—she has a vision of the chalet where she had her Wiccan training, and finds that all her teachers and many of her friends ‘had crossed over and walked in greener fields’ now. She writes, ‘I knew what I had to do. The past was to be treasured, then kept aside. … I needed to forge ahead and reveal what I had not yet talked of, to give new life to forgotten thoughts and unspoken ideas.’ Luciana, a sixteenth-century scholarly woman, was persecuted as a witch. Ipsita Roy Chakraverti believes that Luciana chose to be reborn in India, ‘Are Luciana and Ipsita one? I often wonder. I do not believe that reincarnation need happen as a repetitive ritual, but if there is unfinished business, and the spirit wishes to return and complete the work left undone, it can do so.’ She recollects events of the sixteenth century—Luciana, born around 1578, is tried as a witch; an old man, Aviano, is the leader of the prosecutors. She describes her interaction with many famous people in present day India; some of them, like Pranab Mukherjee, are named, but we can guess the identity of some others. The meetings are not always pleasant or fruitful. A media baron wanted her to write for one of his English journals; when she meets him, she recognizes him from a past encounter:

He came towards with me with eyes glittering. I seemed to read venom in them. But why? We had never met before, or had we?. . .

He had heard about Ipsita, the Beloved Witch, and wanted to know what she was about. What were her secrets? . . . And one could see that he hated me with a hatred which spanned centuries.

Since that meeting he has pursued me, at times trying to tempt me with what he considers “goodies’. At other times, he has given vent to malice.

And Ipsita is ‘convinced that the spirit of Aviano still smarts with frustration because he could not execute his cruelty on Luciana.’

Chants, and the vibrations they generate, can be used for good or evil. Ipsita believes that everything has life; stones and crystals are a powerful source of energy for healing. Many people came to her for help. Her second book, Sacred Evil: Encounters with the Unknown (2003), narrates the real-life stories of nine such people she helped through her occult powers. Short extracts from it appear in Beloved Witch Returns. One of the most interesting chapters in the book is ‘Delhi’s Ambitions and Haunted Bungalows’. Ipsita does not hesitate to identify the haunted houses, such as No.3 Motilal Nehru Marg, ‘a house with a sad history’, which had a malefic influence on its residents (Arun Nehru, C.K. Jaffer Sharief, Sheila Dikshit etc). She could relate to the forces operating in the house allotted to her husband: ‘Bungalow No. 13 was haunted and I was fascinated by it. . . . when I went to have a look at the bungalow, and saw misty shapes wandering up the stairs, pausing, turning back and beckoning to me.’ She spent many years at No. 13, Sardar Patel Marg, in the Railway Officers’ Enclave (her husband Jayanta Roy was an officer in the Indian Railways). She felt that the bungalow was built on a special power spot; that area, like much of Lutyen’s Delhi, is sprinkled with the graves of Muslim courtiers from the Mughal era.

Roy has investigated many unusual occurrences. In 2012, she picked a team of thirteen people from the Wiccan Brigade to go to Bhangarh Fort (on the Delhi-Jaipur highway), ‘allegedly the most haunted site in India’. People are said to have lost their sanity after a tour of Bhangarh. Her team felt a strong sense of desolation when they went into the abandoned fort, but were surprised to find rooms where puja seemed to have been conducted recently. She came to the conclusion that the place was ‘at some point in history a seat of magic and occult sciences.’ She felt it was a portal, connecting to other worlds. According to legend, Princess Ratnavati, the ruler of Bhangarh, had magical powers; Singhia, the prince of a neighbouring kingdom, wanted to seduce her. In a magical duel, she caused a huge boulder to roll down from a hilltop and crush Singhia, but he called down a curse before dying. There was a massive famine in 1783, and all its inhabitants died. The spirits of the dead still haunt the place, and Ipsita and her team prayed for the release of these tortured souls, and ‘The darkness lessened.’ Many of the cameras failed to record anything, while some revealed strange lights and a shadowy black figure.

Though she describes supernatural events, she is rooted in the Indian reality. ‘Our young women are educated and independent, but don’t they still falter when familial and social pressure is brought to bear on them? They are made to believe that marriage is protection for life. . . . The dowry system is supposed to be legally dead in India, but it is actually alive and kicking.’ Ipsita believes that she was born into a privileged family so that she could help women in India realize their full potential. We may or may not believe in Ipsita’s special powers, but the book convinces us that there exists some force—call it the spirit world or any other name—which ordinary human beings cannot perceive.