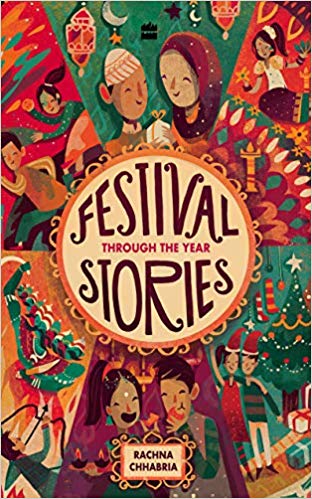 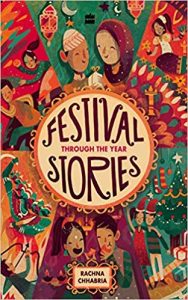 Natasha and Nikhil, born and settled in the USA, get a sudden shock when they learn that their parents are relocating to India. They are told that they would live with their grandparents in Bangalore until their parents are able to join them after winding up their home in the USA.

The twins are dismayed to hear that they would live and study in India, a country they know little about. However, India turns out to be fun for the twins, as they join their elders in celebrating various festivals in their new home. It begins with Lohri, celebrated on 13 January. The twins are at Dadi’s brother’s home in a village in the Punjab where bonfires are lit on Lohri, and people sing and dance around it. They enjoy tasty food such as make ki roti and sarson ka sag, followed by sweets made of gur and til. Dada and Dadi tell them more about the festival, including the stories behind its celebrations.

And so it continues. As the seasons follow each other, there are other festivals at other places—from Holi in the North to Pongal in the South and from Lohriat the beginning of the year to Christmas that comes at the very end in December. All the major Indian festivals are covered, from different regions as well as religions. The unity in diversity of India is well represented through the activities of the children as they celebrate the various festivals along with their elders.

The information is well presented in an entertaining manner so that nowhere does it seem as if it is being stuffed into the child’s brain. Rather, the reader enjoys participating in the particular festival along with the twins and their friends. The special dishes cooked for the festival are enough to make one’s mouth water. The participation of the twins in festivals like Holi and Diwali bring out the joy and fun of the occasion. After Chhabria describes the activities of the day, each twin pens down more about the festival in blogs and in a diary. This adds a personal touch and makes the celebrations come alive and closer to the reader.

The author has very skillfully and beautifully described each festival, allowing the meaning and significance of it to come through stories told about Nikhil, Natasha, their grandparents, and their friends and neighbours.

The illustrations by Rayika Sen are simple but delightful, providing additional charm to the book.

Nilima Sinha is an award-winning author of several books for children. She is also the President of the Association of Writers and Illustrators for Children (AWIC), the Indian section of the International Board on Books for the Young (IBBY).