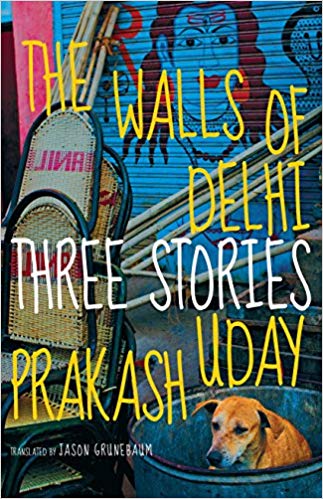 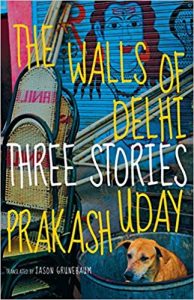 Four years ago Harsh Mander wrote a book called Looking Away. At the very beginning he quoted Martin Luther King. It’s a quotation worth remembering. King said, ‘Never, never be afraid to do what is right. Society’s punishments are small compared to the wounds we inflict on our souls when we look away.’

In the first chapter Mander remarked on the ‘startling absence of compassion among a majority of well-to-do Indians towards the millions who have no advantages of birth to shield them from hunger, oppression, violence, squalor and humiliation.’ He went on, ‘A dispassionate external observer would be bewildered by middle-class India’s capacity to look away when confronted with enormous injustice and suffering; by our society’s cultural comfort with inequality.’

Harsh Mander is one of those who is profoundly uncomfortable with inequality. He walks untiringly on a Gandhian path of ‘radical love’.

In the world of fiction Uday Prakash demands his readers’ attention to all that the comfortable classes turn away from. He never looks away. He looks long and deep.He empathizes. He listens and he writes.The devastating bleakness of his gaze sometimes makes his stories difficult to stomach. They haul the reader out of any comfort zone with the subtlety of a sledgehammer, and yet the plots are so constructed that you have to know what happens next. And there within his masterly storytelling is the unapologetic truth that has made him a household name in the Hindi-speaking world.

The translator of these three novellas, Jason Grunebaum, senior lecturer in Hindi at the University of Chicago, describes in his Translator’s Note the enthusiastic fan following that Uday Prakash has. When Grunebaum was working on the translation of Prakash’s novel The Girl with the Golden Parasol, he came to India to discuss the project with Prakash. Together they travelled back to his village of Sitapur on the Son River in Madhya Pradesh. From there they were invited to Chattisgarh for the inauguration of a museum dedicated to the memory of the 20th century Hindi poet Muktibodh. Grunebaum recalls, ‘I will never forget the hundreds of Prakash’s young fans who, hearing he would be in attendance, had travelled long distances and made huge sacrifices to see him in person. In particular, I remember one young man who was unable to walk being carried by four of his friends into the hall.’ ‘These are my readers,’ Prakash had remarked to Grunebaum. The same readers once used to send him stacks of appreciative one-rupee postcards, and now send SMSes.

Thankfully, however many look away, there are still many people who refuse to do so. Very often these people are young. Many may well identify with Uday Prakash’s characters. For some they represent a version of their own lived truth.

The power of Uday Prakash’s writing may also come in part from the fact that his own life has been far from comfortable. Born into a rural Thakur family, his mother died of cancer when he was twelve. His father was educated, loved reading and especially poetry, but sadly began to drink heavily after his wife’s death. He too died young. Prakash was able to continue his education thanks to a teacher in Shahdol, 60 kms from his village, who took him in. For some time he taught comparative literature before turning to freelance work. Work as a freelance Hindi ‘writer, journalist, poet, critic and film-maker’ can be a precarious existence for a man with a wife and family. Uday Prakash’s days became especially dark in 2001 after the publication in Hindi of his novel The Girl with the Golden Parasol, the story of love between an educated non-Brahmin boy and a Brahmin girl. There was a strong negative reaction to the book, and he lost his freelance work because of it. Uday Prakash refers to these dark days in each of the three novellas in this volume, and you find the narrator of one novella wondering how to face his wife and children when he has no money for household expenses.

All three stories in The Walls of Delhi are about those on the margins, economically and physically. They are about the price that poverty exacts. The Walls of Delhi begins with a description of the floating population of migrants eking a subsistence in the squalid edges of the city, sleeping by sewage outlets, people whose disappearance even their neighbours on the footpaths don’t question. The story is told through the eyes of a narrator. He finds out these people’s names, talks to them to learn their stories and finds one story that is quite extraordinary. It is also dangerous to know. Keeping the reader in suspense, gradually the story unfolds. A sweeper, a lover and a hole in the wall. It would be wrong to say more. It’s a story about the very poor, and those not poor at all. What a photographer commenting on the state of modern society once called, ‘Paise ka Nanga Nach’.

When the second novella Mohandas was first published in a Hindi literary magazine it received a huge response, with Prakash receiving many a postcard emblazoned with the phrase ‘I am Mohandas’. The Mohandas of the title is a Kabirpanthi—a follower of Kabir. In the story, the government has not yet decided whether his community is Scheduled Caste or not. What is clear is that he is the first of his community ever to have studied long and hard enough to get a bachelor’s degree. Passing his BA, he soon discovers, is not nearly as easy as getting a job. Like Mohandas himself, the other characters’ names mirror those of Mahatma Gandhi’s family. The connection between the Mahatma and the honest and honourable Mohandas is for the reader to work out. One turn of the story of his search for employment seems so bizarre that it beggars belief. But Uday Prakash takes a lot from life. When Grunebaum and he made that journey to Chattisgarh together, one of those who attended the Muktibodh museum inauguration with them was the real life Mohandas.

The third novella is the story set in the narrow alleys and cramped homes of Delhi’s Jahangirpuri. Commenting on the main character of the story and himself, the narrator says, ‘our lives get in the way of the enterprising city, or act as a road bump in the master plan of a country that thinks of itself as a big player on the world stage. Our very humanity threatens to reveal the wicked culture of money … as something suspect and unlovely. That’s why whenever civilizations once developing, now on the brink of prosperity, decide to embark on a programme of “beautification”, they try to root out such lives, the same way the mess on the floor is swept outside.’

In the story the main characters Chandrakant Thorat, his wife Shobha and their two surviving children—one very bright but very unwell—attempt against all odds to retain their humanity and build a life for themselves. They have a long way to climb. Shobha’s first husband had abused her and hired her out for sex. The sex took place in their small room with the door open and men loitering across the road watching what was for them free porn. In a scene of extreme cruelty, a drunken client pushes a beer bottle up her anus to enlarge it before he buggers her.

Remarkably Shobha finds a way to live on. Her story and that of her family is compelling.

Put together these three novellas make an exceptional book from an author who has established what has been hailed as ‘a new kind of narrative style’. Uday Prakash himself has survived his dark days. His books and poetry have been translated into ten languages. He is published and has won literary awards both at home and abroad. And you never know what he will come up with next. One thing is for sure, it will challenge you, and make it difficult to ever look away.

Gillian Wright is an author and translator living in New Delhi.