On A Wide Canvas 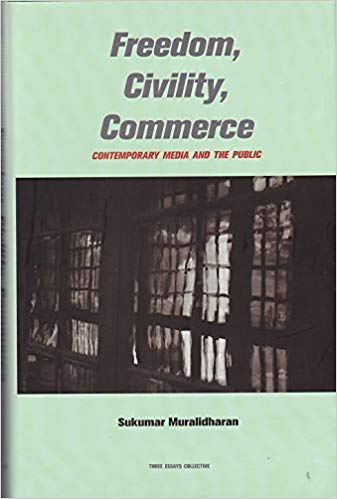 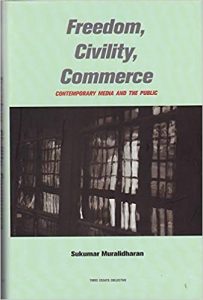 This is a fascinating book on contemporary media studies comprising eight chapters focusing on the existing debate on speech and freedom, nationalism, the state, civil society, satire, media, market, advertising and journalism.

The first part of the book primarily explores historical and philosophical underpinnings of free speech. It argues that speech exercised through organized apparatuses has significant influence over identity, as well as formation of both social solidarities and particularities. The book also avers as to how ‘print capitalism’ was once regarded as the forge in which nationalist consciousness was shaped and it is a role that continues to be played by the complex media industry today. With the dawn of liberal democracy, free speech has been regarded as a worthy goal for society to collectively pursue and protect. Free speech is a subject that is deeply implicated within the complexities of politics, law and the interface between the two. The book persistently holds that a newspaper that enjoys the strongly entrenched patronage of corporate advertisers could sustain a higher volume of circulation and find greater traction for its editorial content. Media industry structures, particularly within the neoliberal policy dispensation, are seen to lend excessive and undue importance to the advertiser and demote the voice of the public. Furthermore it highlights how the advertiser power is gradually taking over editorial space.

The chapter on nationalism engages with Benedict Anderson’s idea of nation with the use of historical data including various events reported in the newspapers. The book maintains that since the 1990s, the Indian elite that continued to imagine the nation in English had stepped more confidently out of its sequestration and become a player on the global stage. But they are yet to figure out a satisfactory answer to the troublesome question of how to deal with the ‘minorities’ within the fold of nation, which are represented and reproduced by the media in the image that the ‘mainstream’ would like to cast them in. ‘State: Exception and Use of Ambiguity’ discusses various questions pertaining to a short history of crime against the Indian state, society and the press and a moment of triumph for the online community. In ‘Civil Society: Media and the Politics of Anti-Politics’, there is a recount of the potential of the social media in the mass movement phase of 2011 particularly media as a revolutionary accessory. The chapter highlights that the media, especially the new networking techniques enabled by the mobile phone and the Internet, undoubtedly did facilitate the protests and multiply their impact.

Another fascinating chapter on ‘Satire: The Power of Laughter and Laughter of Power’ narrates the lethal violence which occurred in the office of Charlie Hebdo, a satirical weekly of Paris in 2015. Every milieu functions on social codes that determine when laughter is apposite and when not. Resistance begins with the laughter of those at the bottom of the hierarchy against their own acquiescence, which is a force of change. This could be followed in quick order with the laughter of those who find ridiculous the pretension of those who rule as a purported matter of right. This manner of laughter brings with it not merely resistance, but subversion and carries the potential for liberation.

‘Market: Free Speech and the Commercial Imperative’ poses various questions about the right of access to media space and time and also about whose freedom, the advertiser or the public. The chapter also argues that there is a complexity in the information domain that arises from the differentiated character of the commodity being transacted. Advertising, moreover, is a factor that exerts tremendous influence while pretending to be in the background, irrelevant to the quality of the media discourse. ‘Advertising: Transparency as a Virtue Admired at a Distance’ argues that advertising has been among the most loosely monitored areas of global business. Yet it is of sufficient consequence in an average life to have gained the title of ‘hidden persuader’, the unseen accessory of corporate power which works its influence subtly on the mind of the consumer. The chapter asserts that the media in its neoliberal avatar has, in short, become an active agency of suppressing the right of free speech. Early hopes that the Internet would bring liberation from the constrictions imposed by the older media remain unfulfilled. Search algorithms and social media sites increasingly dominating modes of negotiating the Worldwide Web, are means of bundling a user’s information needs with his perceived purchasing abilities and interests, using individual profiles secreted in data centres by the internet giants.

‘Journalism: Paid Speech in Sold Media’, argues that once viewed as part of citizenship in evolving democracies, journalism is now a distinct profession within an established structure of commerce. Nevertheless the civic role of journalism is a commitment to democratic citizenship. The chapter further argues that democratic control over the media will not magically dawn by any manner of internal logic of technology. It has to be achieved in constant political struggle. The chapter highlights that in the age of data overload, the role of the traditional mediators of information flow is weakening. But their place is not being taken by more democratic and widely dispersed modes of access to the information world; rather the shape of the future could be robotic form of information aggregation and dissemination that serve little else than compulsion of corporate profit.

The book has several case studies and content articulated with exemplary argumentation.

Manoj Jena is Associate Professor at the Centre for the Study of Social Systems, School of Social Sciences, Jawaharlal Nehru University, New Delhi.