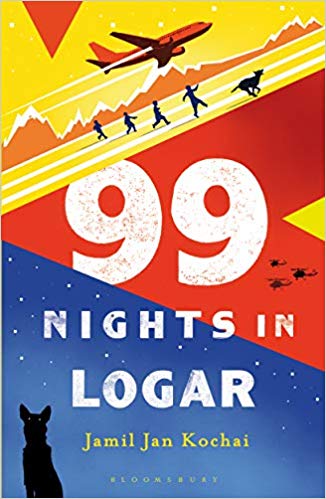 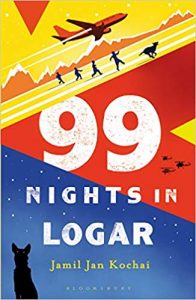 Take a deep breath and open this book and journey into a country you have never visited before. If your only knowledge of Afghanistan has been through news clippings, Hollywood and Disney films, or books written by American soldiers, journalists and writers, then you are in for a treat. Jamil Jan Kochai makes us discard the monochromatic lens with which we viewed Afghanistan earlier and shows us a land and people who laugh, squabble, crack ribald jokes, feel pain, grieve, fall in love, pray and play.

Twelve-year-old Marwand, the first-person narrator, who moved to America with his family when he was six returns to Afghanistan for a holiday. On the threshold of his teen years, he is both an insider and outsider in his mother’s family who stay in Logar. They welcome him with open arms and accept him as one of them but Marwand notes that he has forgotten most of his Pakhto and that his digestive system does not agree with Afghan food any longer. In the US, Marwand had learnt about treating family pets with love and, regretting the times he had thrown stones at the family dog earlier in Logar, he rushes out to embrace it. The dog Budabash bites off the tip of his index finger and a few days later, runs away from the family compound. Marwand, his cousin Zia, Gul and Dawood his ‘little uncles’ set out to find the dog. In the process, through a form of nested storytelling reminiscent of the Arabian Nights or the Panchatantra, Marwand and the reader learn about the history of Afghanistan, the resilience of its people, how their personal and familial history, their lives and their loves are invariably tied up with tribal warfare and the invading Russian and American troops.

In this beautifully written coming-of-age novel, Marwand and his cousins come to understand themselves and their families better, and the reader gets to understand the people of Afghanistan and their beautiful troubled land. The novel is also a paean to memory, for many of the stories are told and retold else they and the people they feature will soon be forgotten. There are stories of reluctant and willing Tajik and Pakhto collaborators, of djinns and women who sang songs and healed the enemy soldiers, and of children who refused to join the fight but were dragged into it nevertheless. Kochai has created several fully-developed memorable characters, such as Marwand’s aunt Nabeela, who runs a successful tailoring and fashion business even while her village has no electric lines running through it.

Kochai skillfully intertwines humour and pathos in his debut novel and spans genres with aplomb. The recital of the 99 Days in Logar appears at times like an epic, while at other places when Marwand talks of a mysterious illness that strikes the family, and of a flood that washes up the bleached bones of the villagers, one knows one is entering the terrain of magic realism.

A unique feature of the book is that it does not privilege the western reader. While Marwand’s voice is mainly that of an American teenager, he often makes use of his limited Pakhto and Farsi—and the book contains no glossary to refer to. While the many tales that fill this novel are told in the different registers of the tellers, the most poignant of all the tales is that of how Marwand’s father’s young brother was killed in the war as a young teenager. The story of Watak’s death is told towards the end—in Pakhto. It is as if Kochai were saying on behalf of every non-English speaking person, ‘You cannot understand me and my story until you can speak my language.’

99 Nights in Logar works as a crossover novel for its phenomenal canvas and writing style ensure it will find an audience among young adults as well as older readers.

Padma Baliga is an English Professor turned library evangelist for she believes that every child deserves to have a reading life.