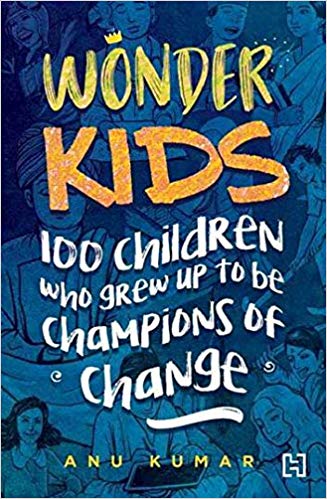 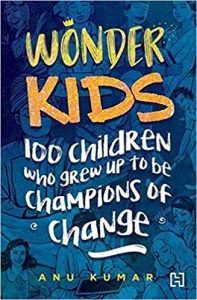 Anu Kumar’s book falls under an emergent and popular category in children’s publishing, namely collective biographies. Ever since Goodnight Stories for Rebel Girls by Elena Favilli and Francesca Cavallo stormed its way into the bestseller lists in late 2016, writers and publishers have rushed to publish short inspiring biographies of famous women, men, scientists, sportsmen, and other achievers.

Kumar’s USP is that she locates the beginning of the journey in childhood. She looks at how the child shaped ‘a spark, a talent, a curiosity or just a dream’ in ways that set them apart from other children and helped them become the amazing people they are. For instance, we learn that Charles Darwin spent a lot of time outdoors as a child, observing insects and other plant and animal life. Or that Ashapurna Devi, born in 1909, taught herself to read and write by eavesdropping on her brothers’ classes. Of special interest are child activists like Thandiwe Chama who spoke up for education as an 8 year old, Nkosi Johnson who argued for the rights of AIDS sufferers and Rukhmabai Raut who was married as a child but refused to abide by the marriage.

There is a very eclectic collection of role models to read about—artists, statesmen, writers, economists, sportsmen, activists and entrepreneurs from contemporary as well as historical periods. A distinct majority of them are Indian or from the subcontinent. One can’t help observing that a Eurocentric perspective dominates the selection of the other famous names.

Each two-page story is well-researched and illustrated. However, when a person’s life is summed up in 300-350 words, however compellingly it is related, it runs the risk of being a compilation of facts. While Anu Kumar with her famed research capabilities and writing skills manages to avoid this danger, one wonders whether it might not have made more sense to focus on fewer achievers and have a more in-depth quality to the work.

Padma Baliga is an English Professor turned library evangelist for she believes that every child deserves to have a reading life.