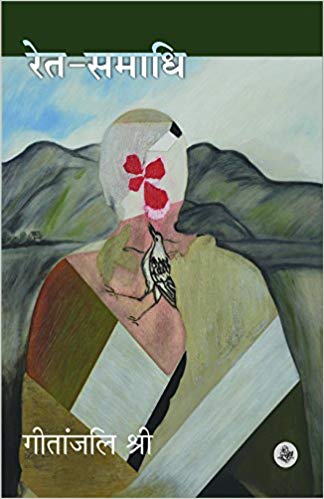 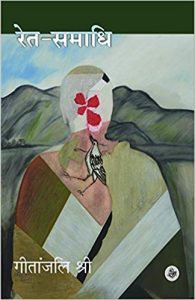 As a fellow writer, the fifth novel of Geetanjali Shree leaves you wonderstruck with its sweeping imagination and the sheer power of language, unprecedented and uninhibited. She is known for her experiments with content and form, but this novel keeps you in its grip with the storyline as well, which had not really been her forte earlier.

To narrate a bit of the first part of the story, the 80 odd years old mother has turned her back on the world after being widowed. The family keeps cajoling her to come out of this and it unfolds the familiar saga of a doting son, a somewhat recalcitrant daughter-in-law and a daughter, who with her rebellious lifestyle is not on speaking terms with the disapproving brother. This is the first part of the novel, but this story has been told with thousands of fine nuances of relationships and in a language that is coined and minted anew to express it. It is a language in which probably we speak inside us, a continuous chatter without any punctuations as such. In a written form, it acquires a rhythm of its own, at times the abundant synonyms including words and sounds unheard of, yet fitting seamlessly. Of course, one is left gasping at the rich vocabulary the writer has access to and her recklessness in effectively inventing a language of her own.

The craft of storytelling is verily discussed throughout the novel and there are many narrating voices, at times a bit confusing. Even crows become narrators: at times to display the knowledge of saris and at other times to acknowledge their power over borders dividing men. The names of previous and contemporary authors come as they do, in whichever way they are relevant to the text. This playfulness within the story might be exhilarating or exasperating as it is, depending on the mood and propensity of the reader. This reader found herself waiting to go back to the text all day, though leaving the book at times to wonder what it takes to write a book like this. One is pretty sure that the author too has left the book many times and picked it up to start anew, waiting for another mood to set in. This is a book to be read in many sittings, and craving to go back to it. The details of thoughts and emotions as well as settings weave a magic, one cannot easily shake off.

To come back to the storyline, the first part ends with the old mother turning her back to face life again and distributing all her belongings to one and all in the neighbourhood. She also disappears one day for more than 24 hours and is found after great agony for the caring family and now comes to stay with her daughter. The second part is a great saga of the love of a daughter for her mother. It is as if the book possesses you second by second of how her care brings back the old woman to life. Literally, the old woman rediscovers the child in her and the caring daughter, a writer by profession, grows older than the mother; totally giving up the personal freedom acquired at a price, for her mother. Shades of a live-in relation of the daughter and the friendship that the old mother shares with an eunuch—playing a double role of a man and a woman are grasping tales, told the usual streaming manner, with details veering from constipation and bowel habits to cysts to food to what-have-you of life around.

The eunuch, Rosy bua alias Raza tailor is murdered for her property and the mother again goes into a shell. The slums around the city with the burning lake conjures up an unforgettable image as does the body of Rosy after her postmortem. The ease with which the mother strikes a deep friendliness with the eunuch is a wonderful unsurpassed tale. The mother decides to go to Pakistan to fulfil Rosy’s last wish.

Borders have been discussed and argued upon through the novel and their rigid demarcations flouted in every perceptible way: be it physical borders on land or of the ageing body, be it of gender or even classes or the relationships in families that matter so much. Yet the novel is epical in its depiction of a family with its strained relationships: mother and son, husband and wife, brother and sister and the two grandsons, one of them settled in Australia. Of course, without the rich language and imagery, it would have been impossible to write the modern Mahabharata within families.

The third part of the novel is a rather incredible tale of the Hindu mother with a Muslim husband left behind during Partition, whom she manages to meet now, but finally dies by an army bullet. An old Buddha idol from a museum in Pakistan is forever present in the story, which the mother brings with her during her escape to India during Partition and takes back with her now to Pakistan. Stories written with abandon take their own course and it is not at all important where the story reaches in the end or whether it’s credible or not. What makes the novel unsurpassed is the journey the reader undertakes inside the ordinary world surrounding him with myriad stories of the subtle tension and love underlying all relationships; as well as the desire and boldness to spell and live life on one’s own terms. If only a few samples of the language could have been given here, one could really put this review in perspective, to see the sheer power of the Hindi language.

Alka Saraogi, a novelist and short story writer in Hindi, is the recipient of the 2001 Sahitya Akademi Award for Hindi for her novel Kalikatha: Via Bypass.