Profiling The Personal And The Political 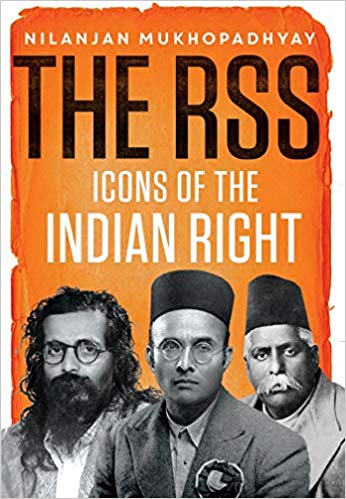 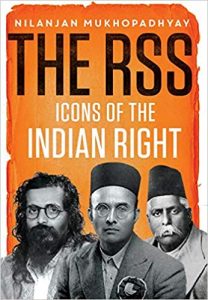 Nilanjan Mukhopadhyay is better known as a prolific columnist and author. Quite often his journalism is considerably informed by modern Indian history, more particularly Hindu-Muslim relations. Besides, he has also authored a few books which include a biographical account of Narendra Modi and also a detailed account of the anti-Sikh pogrom which was unleashed after the assassination of the then Prime Minister Indira Gandhi in 1984.

The volume under review is a study of India’s eleven politicians of the Hindu Right Wing. Over three decades ago, noted biographer, historian and commentator, Rajmohan Gandhi had brought out a collection of eight Muslim lives through which he tried to understand the minds of India’s Muslims who contributed in education and politics in late 19th and first half of 20th century. This immensely popular book ran into many editions and reprints.

Comparisons are most often odious. Yet, it becomes obviously noticeable that the two highly readable accounts––Rajmohan’s and Mukhopadhyay’s––have got striking parallels in terms of the rigour of research and lucidity of articulation. Both these books deal with the political processes of modern Indian history through certain personalities.

Mukhopadhyay makes sense of the present by looking into the past. He provides us with portraits of eleven lives devoted to propagating and organizing Right-Wing reactionary ideologies. Ten of them shaped up the Rashtriya Swayamsevak Sangh (RSS), the Hindu Mahasabha, the Bharatiya Jana Sangh (BJS), the Vishwa Hindu Parishad (VHP), the Bharatiya Janata Party (BJP), collectively referred to as the Sangh Parivar. The eleventh portrait is of Bal Thackeray who founded the Shiv Sena in Mumbai.

Through these biographical accounts the author chronicles a history of twentieth century India. For long, these forces were considered to be marginal. Hence, in most of the accounts, including textbooks, they find very little place. In recent decades, these organizations grew from strength to strength and have now become the most dominant political force. Since the 1980s, they have registered a rapid rise and proliferation. Hence, many well-researched accounts have been published.

Mukhopadhyay derives a lot from these better known secondary works.[1] Besides, he also looks into some primary sources, including hagiographical accounts by the outsiders and rebel insiders. This account defies the conventions of a book. It neither has an introductory essay describing the political processes putting the eleven lives in perspective or a concluding chapter which could have been much more useful for a large segment of the readers.

One fails to understand why two RSS chiefs, Rajju Bhaiya and KS Sudarshan have been left out. Another important omission is of BS Moonje who is undoubtedly a very significant Hindutva icon. Vijaya Raje Scindia’s profile hardly serves any significant purpose. Other important omissions are: KN Govindacharya and Uma Bharti, who contributed significantly towards recruiting the backward caste Hindus for the Sangh. The women’s wing of the RSS, Rashtra Sevika Samiti, has also been left out, on which among many others, Tanika Sarkar has published.[2]

Going through certain biographical aspects of KB Hedgewar, MS Golwalkar and more particularly of Syama Prasad Mookerji, one gets an idea of a latent stream and propensity of saffronization in the society and polity of Bengal which Mukhopadhyay brings out very well, in a very subtle manner. A relatively less popular but quite significant fact that during 1941-43, the Hindu Mahasabha and the Muslim League formed a coalition ministry headed by AK Fazlul Haq and in which SP Mookerji was the Finance Minister, has been reiterated here. Mukhopadhyay, quite briefly, spells out why and how the Hindu Right got alarmed at the political rise of the subalterns through the Poona Pact and also of the Muslim tenants who had attained economic affluence during the 1930s, as a result of which the greater proportion of Muslims attained franchise. The Bhadralok got alarmed at the political rise of the Muslims and of the ‘Untouchables’. Thus, in order to avoid the indignity of being ruled by Muslims, the Bhadralok actually mobilized for the partition of Bengal, specifically during 1945-47, pressing the demand through various Hindu extremist organizations. Mukhopadhyay touches on this aspect, but does not elaborate further. Deriving from Joya Chatterjee’s influential works, he could have further enriched his volume.[3]

Overall, this account almost skips the role of the RSS in pushing India towards Partition. Mukhopadhyay possibly seems to be taking Deoras’s ‘most severe indictment of Golwalkar’, in the Organizer, the weekly organ of the RSS, merely at face value, wherein Deoras said, ‘It must be frankly admitted that senior workers of the Sangh had not given thought to the possible undesirable effects of partition on the future of the country. Nor had the Sangh prepared to stop it. We were taken by surprise. We may even say that we fell short in comprehensive thinking’ (p. 265).

The volume under review does not locate the rise of saffron politics in the context of the mid 1960s economic crisis, with necessary details. His treatment of Deendayal Upadhyaya (1916-1968) is good: ‘He took the lead in establishing the education cell for the RSS in UP, which was a crucial arm for the organization for communicating its ideology and programmes’ (p. 216). He also set up a publishing house (Rashtra Dharam Prakashan), the Panchjanya magazine, pressed for building up a robust network of cadre and deploying ascetics (sadhus) for political gains. The author informs us that many popular expressions attributed to Advani in the 1980s were actually coined by Upadhyaya, e.g., ‘Party with a Difference’, ‘Pseudo-secularism’, ‘Minority Appeasement (tushtikaran)’. He endorsed ‘controlled democracy’, cooperative federalism and was bitterly opposed to socialism. Mukhopadhyay suggestively reminds us that the Narendra Modi regime, armed with state power, combines certain theoretical proposals of Upadhyaya with the realpolitik of Deoras in establishing, and now perpetuating the political and administrative hegemony of the BJP. However, Mukhopadhyay prefers to leave out the details pertaining to the mysterious death of Deendayal Upadhyaya.

While it does throw much light on saffron politics during the mid 1970s political crisis, yet, a lot needs to be explored and told on these aspects: how the Jai Prakash Narayan-led movement (Sampoorna Kranti or Total Revolution) provided great legitimacy to the RSS and the Janata government (1977-79) provided its political wing with state power. At the same time the RSS also stayed in touch with the Congress. Mukhopadhyay finds three letters (August 1975, November 1975, and July 1976) by Deoras to the then Prime Minister Indira Gandhi. Deoras stayed in touch with Indira through Eknath Ranade. On many other occasions, he reveals, the RSS tried making political deals with the Congress. Given the limitation of the volume under review which is primarily meant for popular reading, those who want to get more details pertaining to such parleys, may refer to Rakesh Ankit’s essay (2016), which delves into unused primary sources, mainly the correspondences among the Janata dramatis personae.[4]

One of the most significant contributions of Mukhopadhyay is the assessment of Balasahab Deoras (1915-1992), the RSS chief, whose contribution in the BJP’s rise in the 1980s is a relatively lesser known aspect. He unpacks, it was Deoras who: (a) in 1937 implemented Sunday drills as RSS practice; (b) wanted the RSS to plunge headlong into politics (his predecessors were a little shaky about this); (c) was the most efficient fund-raiser; (d) in 1965, seven years before taking over as Sarsanghchalak, supported the affiliates such as Bhartiya Mazdoor Sangh (BMS) and Akhil Bhartiya Vidyarthi Parishad (ABVP) to pursue grassroot works; (e) openly proclaimed his agnosticism and disliked religious rituals, which helped him in recruiting the Dalits into the RSS fold; and (f) had eclectic reading habits ranging from politics, history, war memoirs, biographies, novels in Marathi and English, and the writings of Savarkar.

Many tend to draw a parallel between the aspects of Hindutva project and Italian Fascism. Mukhopadhyay has tried to reflect upon this, benefitting from Mario Prayer’s book, Italian Fascist Regime and Nationalist India, 1921-45 (1991), and Marzia Casolari’s essay, ‘Hindutva’s Foreign tie-up in the 1930s’ (EPW, January 22, 2000).

Yet, this otherwise immensely useful volume gives an impression that aspects of communalization in the 1980s needed more attention. For instance, while describing Advani’s role, Mukhopadhyay gives interesting details pertaining to making the Ramjanmabhoomi campaign a pan-Indian character. But he leaves out how the Babri Masjid issue was made a pan-Indian issue in the 1980s by certain Muslim leaders. It was, till then, arguably, not more than a local or sub-regional issue for the Muslims.

That the RSS reach out to the tribal segment should be held as one of the remarkable accomplishments towards expanding the political base of the BJP in provinces like Madhya Pradesh, Chhattisgarh, Jharkhand and parts of Odisha and Karnataka. Tariq Thachil has explored in great detail how the BJP won over disadvantaged voters through its clientelism, religion and patronage networks of social services.[5] Deriving from Thachil, Mukhopadhyay should have taken pains to identify certain leaders of the Sangh who actually gave a thrust to such programmes. Through these eleven portraits, we also fail to get inner details about the ways in which Hindutva reached out to the Dalits. This has been brought out by Badri Narayan, Fascinating Hindutva: Saffron Politics and Dalit Mobilisation (2008).

Mukhopadhyay’s portrait of Atal Bihari Vajpayee (1924-2018) turns out to be a sympathetic account leaving out some pertinent episodes. Further, in this chapter, the author tries to argue that the RSS cadre has remained disinterested in ‘securing a victory for the party [BJP]’ (p. 370). I think, this commonly held view needs to be explored further and scrutinized more deeply.

The chapter on Shiv Sena’s Bal Thackeray seems to have been written a little hurriedly. Some significant things have been left out. This volume should have been able to tell us about ‘Shiv Sena’s organizational strength––the patronage politics its local organizational units perform and its capacity to support party activities through its extortionist net spread across Bombay’s real estate’, and also ‘an analysis of the capacities and incapacities of both state and party institutions in its electoral victory in the 1995 Assembly elections’; this account fails to indict the Congress and the judiciary which were not ‘ready to utilize even a modicum of constitutional and police powers, in marked contrast to the violence perpetrated against the Naxalite Left some years ago’.[6]

Moreover, a few pages on the leader(s) of the Hindu Yuva Vahini (HYV) of Gorakhpur could have made the volume rather complete in many respects. Readers may also have wanted to know little more about the regional spread of the Hindu Mahasabha and RSS in late colonial, particularly post 1937 (and also post-Independence) periods, profiling some of the regional icons, such as Jagat Narain Lal, who later served in the Cabinet of Shri Krishna Sinha in Bihar. South Indian reach of Hindutva, in recent decades, also remains largely untouched in this account.

Overall, this volume is useful not only for popular reading but also for academic explorations, ambiguities and contradictions in the ideology as well as the praxis of the Sangh. Without being explicit, at times, it offers quite amusing anecdotes, insights and remarks. For instance, most of these Hindutva icons had many brothers and sisters. It reveals the irony of how these very people constructed, perpetuated and propagated the stereotypes against Muslims producing many children. Textbook accounts of the origin and growth of Hindutva politics don’t take us much farther in comprehending its intricacies and psyche. Combining such studies with this lucid account of Mukhopadhayay helps us overcome all these.