Shades Of A City’s Dreams 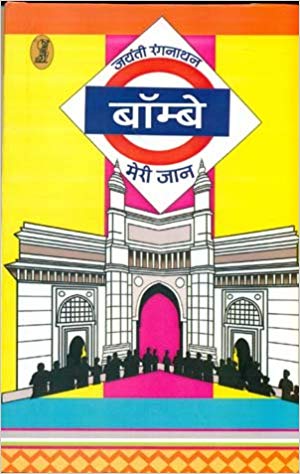 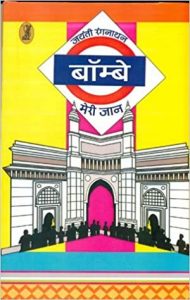 It is not easy to feel a city, to be able to understand its ethos and pulse, without being a part of it. Every city has its own flavour and specific feel to it, which goes beyond food, heritage and culture. The best way to know a city is to live there for a considerable period of time, but again, to be able to talk about the essence of a city is no easy task. And, one way could be through writing about it from the eyes of its inhabitants, seeing the city through their eyes, especially if the city is Bombay, the ‘city of dreams’.

Of late, there has been an upsurge of city books—not only metropolises like Delhi, Bombay, Calcutta, Bangalore, Madras and Patna are being written about, but there are books on Allahabad, Bhopal and Dehra Dun also, to name a few. Be it Gregory David Roberts (Shantaram) or Suketu Mehta (Maximum City) or Jerry Pinto and Naresh Fernandes (Bombay Meri Jaan) or even Sa’adat Hasan Manto, who has written extensively about this city, there always seems something new to be written about Bombay and its enigma. However, the common thread that seems to be running through all the Bombay books, including Jayanti Ranganathan’s Bombay Meri Jaan, is the dream in the eyes of its dwellers.

The lines of a song from the film Maya Memsaab (1993) gives the impression of the city called Bombay. And, these are the lines, with which the book, Bombay Meri Jaan opens, and the author says that this song became her personal ‘anthem song’.

At the very outset, one wonders at the title of the book being Bombay Meri Jaan and not Mumbai Meri Jaan and one can conclude that the emotion that Bombay evokes does not resonate with Mumbai, especially when the emphasis is on the dreams that the city brings with itself.

The author being a journalist herself, having worked in The Times of India’s magazine Dharamyug, Amar Ujala and Dainik Hindustan, the intricate detailing of the city and its people comes through. She, very cleverly and intelligently, unwraps the city through the eyes of Hira (a rag picker), Shabnam (a bar dancer) and Jyoti (a transgender). Her quest of a story that she wishes to cull from the three people from the three sections of the society which largely remain hidden and under covers, gives not only a clearer but also a truer picture of the city. One travels the length and the breath of the city along with these three characters, on which the chapters too are named—‘Woh Chchokra’, ‘Woh Thi Ek Shabnam’ and ‘Uss Duniya Ki Jyoti’.

(Deep within the deep dark alleys, beyond the dirt and dust, I found myself standing in front of a world which was unique in itself.)

In these lines, Ranganathan is describing Dharavi, which is considered the largest slum of Asia. However, she takes us to the section which is inhabited by transgenders. Throughout the book, one finds references to such sections of the society which generally remain hidden. One also finds connection with the most important industry of Bombay—the film industry. Hira, the young rag picker is introduced as he walks in a local train singing songs from films. With the three characters that have been chosen by the author, she follows them in the nooks and corners of the city, unravelling opportunities, secrets, relationships and dreams.

The language is simple, bordering largely on Hindustani, a lovely combination of words and dialects spoken. Interestingly, Ranganathan manages to infuse elements of humour along with subtle surprises as well.

Maybe Bombay isn’t a city after all. It is a gateway into the world of dreams of people from all walks of life, which Jayanti Ranganathan has successfully managed to capture and present.

Saba Mahmood Bashir is a poet, author and translator. Her writings include a collection of poems, Memory Past (Writers’ Workshop), I Swallowed the Moon: The Poetry of Gulzar (HarperCollins), translation of Gulzar’s screenplays

of Premchand’s Godaan and Nirmala and Other Stories (Roli Books).