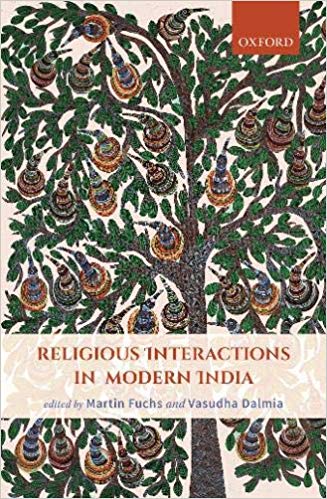 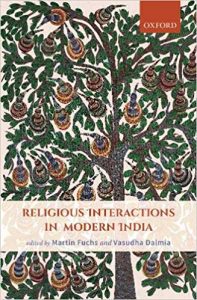 It is a pleasure to read a book of scholarly essays such as the one under review, where a diverse set of authors have contributed essays that are both informative and insightful. These essays are the outcome of a conference held in 2010 on negotiating religious identities in colonial India. The thread that holds these essays together is the creation of a new identity for each of the religious groups that are discussed here. The editors prefer calling it ‘the tightening of collective identities’, except that some of these identities, like that of Dadupanthis (discussed by Monika Hortsmann) and Sikhs (discussed by Anne Murphy), were so amorphous till just about a century ago that it would be unfair to use the word ‘tightening’ for the transformations that are discussed by the authors. Creation of a new identity may be a more appropriate description.

The essays are about the relationship between Indians of colonial times and their religions. Religion has been the only lasting ideological force in human societies to provide meaning to the lives of people. At the same time, at least in India of the twentieth century, we have seen that the manifestation of religion inspired behaviour in real life has caused much trauma and distress to people. It goes without saying that a true, proper and correct understanding of all religions suggests that they all are full of love and instruct their followers to love each other. Real life is a little different. The Partition of India in 1947 was but one example when the people of India did a dance of death inspired by religion. Professor Bipan Chandra, the historian, was fond of saying that such people were swayed by false consciousness, which had nothing to do with religion. He insisted that they suffered from an inability to understand what really ailed them and hence were given to fighting with each other in the name of religion. Over time it became clear that experiencing death and destruction was not sufficient to stop Indians from such a religion inspired dance of death. It was then, three decades after Independence, that the Constitution of India was amended to effectively outlaw religion from the life of the Indian state. However, that was not sufficient to stop people getting swayed into political fervour in the name of religion. So, why and how do the people of India relate to their religion? The answers are neither easy nor straightforward, especially given the fact that Indians in real life, in their lives away from the pages of scholarly writing, are quite confused about what constitutes their religion. Till recent times we even had a group of people in India who called themselves and were called by their neighbours ‘Hindu Muslims’. It was the colonial enumerators who insisted that they were not Hindus but Muslims. The thirteen essays brought together in this volume take us a step forward in search of understanding the complex relationship between Indians and their religions.

The basic template for the essays is provided by the idea of modernity, a religious existence in a world where social and political institutions are not guided by religion. Each contributor struggles with the relative absence of institutional underpinnings in the religions of India, especially Hinduism. Nine of the essays are on the amorphous Hinduism as is practiced in India; two are on Islam and Muslims; one on Sikhism; one on Christianity; one on the political manifestations of religion; and one on the critique of religion that hangs on the writings of Baba Saheb Ambedkar.

Gita Dharampal-Frick and Milinda Banerjee tell us of Rammohun Roy’s efforts to use religion to both question the existing social practices of his society as also to promote new social practices that were more in harmony with the modern ideas of equality and justice. With Rammohun Roy in disputation with William Wilberforce, the authors take us through the strategies used by Roy to engage with Christianity and the British, critiquing both Christianity as also the religious thoughts and practices of Bengali society. Srilata Raman’s essay on what looks like a long duel between two Saivites about what is false in the thoughts and practices of the other makes interesting reading. As with all good public duels in India, the protagonists did not hesitate to hit below the belt, always searching for newer weaknesses in each other to cause major injury. So, who won? Raman avoids an answer to that as she sketches the imbrication of culture, literature, belief and much more.

John Cort documents the Jains and part of their conflict over what constitutes true religion. There was nothing philosophic or moral about the conflicts as the combatants resorted to modern institutions like law courts and modern means of communication, like printed text, to bring each other down. Both the courts and the new means of communication provided for an enlargement of the scale of contestations, the possibility of bringing in many more people into the dispute than had been possible ever earlier. Such enlargement of scale also resulted in the emergence of a belief that Jainism was a single religion. We might add that by the early 21st century, a period that Cort does not touch upon, at least in Haryana the Jains also managed to get for themselves the administrative identity of a ‘minority’ religion, much like Muslims and Christians.

The essays by Vasudha Dalmia on the Arya Samaj and by Anne Murphy on the Sikhs similarly deal with the manner in which disputations resulted in the firming up of elements of the religious identity. In the case of the narrative on the Arya Samaj, though, one does recall having read, not in this essay but elsewhere, of public debates that the Arya Samajis carried out with Christian priests. The noteworthy thing in these debates was that unlike the ones which Raja Rammohun Roy had a century ago, there was no communication between the two sides. Arya Samajis, like Swami Shraddhananda (discussed by Catherine Clémentin-Ojha) merely dissed the other religion and, claimed themselves victorious to much clapping from an appreciative audience. The Sikhs, in contrast, after an initial effort at debate through the Singh Sabha Movement, simply ignored any public disputation with those of other religions and focused only on conflicts within Sikhism. That finally yielded by the 20th century a distinct Sikh identity which was heavily influenced by the culture of the Jats who professed Sikhism, to the exclusion of all other strands that existed within the teachings of the great Sikh gurus, the Guru Granth Sahib and the wider, more inclusive culture of Punjab.

Barbara D Metcalf tells us the interesting story of the Begum of Bhopal taking to a very public practice of Islam as a device to consolidate her control over the administration of Bhopal. The Islam that the Begum practiced, however, was entirely of her own making! This harmonizes with what we too found in our study of another woman ruler, Ahilya Bai Holkar, from Madhya Pradesh, who preceded Begum Sikandar Jahan by a century. These rulers had preceded General Zia-ul-Haq, the President of Pakistan, by more than a century in using religion as an instrument to hold on to the administration. Except that by the time of Zia, the technological context had changed so much that Zia’s efforts paved the way for the kathmullas to gain an important foothold in Pakistan.

The last essay in this book might as well have been called the conclusion. It is by Martin Fuchs on Ambedkar. I would conclude this review by merely quoting portions of the last sentence of this masterly essay: ‘Ambedkar emphasizes that social relationships, and more specifically social recognition—‘‘the recognition of others and their interests’’—are ‘‘intrinsic’’ to the life and purposes of the individual: ‘‘…it is impossible for any one to begin life as an individualist in the sense of radically separating himself from his social fellows. The social bond is established and rooted in the very growth of self-consciousness”’(p. 407). This book is about documenting the growth of social self-consciousness in all its diversity in colonial India.

M Rajivlochan is Professor in the Department of History, Panjab University, Chandigarh.