Story Of The World On The Brink 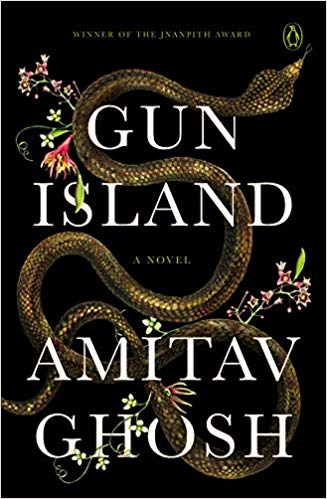 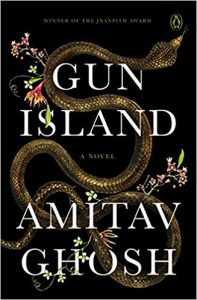 Amitav Ghosh seems to have reached a new point of eminence in his creative journey with Gun Island. In 2016, he published The Great Derangement—a book that deliberates on climate change and examines how collective denial of it is obfuscating our desire to address questions related to drastic fluctuations in the weather pattern. He emphatically concludes that art and literature of our age function in ‘modes of concealment’ and occlude everyone from ‘recognising the realities of their plight’. Gun Island (2019), is a bold attempt to make amends in which, in his inimitable flair and literary flamboyance, Ghosh introduces themes of catastrophic changes in climate, and migration of humans and animals, by conflating time and space through the depiction of Sundarbans, Los Angeles and Venice. At the same time, Gun Island blends ancient realms of myth and heroic journey with the modern world and the crises it faces; it juxtaposes memory and folktales by commenting on the importance of remembrance and storytelling, and imparts a lesson on love and reconciliation through the portrayal of relationships that stretch across countries, continents and seas.

The central character of the novel is Dinanath Dutta, hailing from a second generation Kolkata-based Partition family, who is now settled in Brooklyn and sustains himself as a dealer in rare books and Asian antiquities. He prefers being called ‘Deen’ rather than Dinanath, and with ‘sixties looming in the not-so-distant future’, he negotiates with his loneliness by visiting a therapist and amateurishly investing in stock markets and life insurances. Life takes a different turn for him during one of his visits to Kolkata where he encounters Kanai Dutta, one of his distant relatives. It is interesting to note that Kanai Dutta is a familiar figure because Ghosh resuscitates him from one of his previous novels, The Hungry Tide (2004). We are made aware of the fact that Deen holds a Doctoral degree in Bengali folktales. Hence, when presented with the opportunity of following an intriguing story of one Bondhuki Sadagar—the gun merchant, Deen decides to visit a shrine in Sundarbans dedicated to the gun merchant’s feud with Manasa Devi, the Snake Goddess. In what ensues, a series of somewhat unconnected but fascinating occurrences take Deen from the swampy, uninhabitable mangroves of Sundarbans to ash-ridden Los Angeles and thence to Venice with its Bengali speaking quarters, mainly migrant workers from Bangladesh and Bengal.

The book is divided into two segments: ‘Gun Merchant’ and ‘Venice’. In the first section, we encounter Tipu who has matured in age and vitality from the child that he was in The Hungry Tide. At the shrine, he gets bitten by a King Cobra, and this particular incident sets the novel in motion. His histrionic behaviour informs the narrative as he provides glimpses of what is about to unravel in the pages to follow. Furthermore, Tipu is an embodiment of the charismatic tech-savvy youth who refuses to believe in borders, passports, visas and permits. His is a world of extraordinary alacrity where his breathless spirit interrogates established notions of family, love and life. All of it has to do with his father’s untimely demise that is mentioned in passing by Piya in the later stages of the novel. It is through Tipu, and later Rafi, that Ghosh explores the theme of migration. Through observational narration, Ghosh coalesces the bits and pieces of a migrant’s life and helps the readers comprehend what migrants experience in an unfamiliar setting. The erudite Italian professor, Cinta, provides a new lease of life to the story. If Deen willingly embraces scepticism and stands obverse to anything but his present reality, it is Cinta whose erudition and charm allow for a belief in foreordained facts and visitation from the dead. While in Los Angeles for the conference, Deen confides in Cinta about the story of the gun merchant, and Cinta, in what perhaps is one of the most moving passages, instructs him, saying that one ‘mustn’t underestimate the power of stories’. For it is ‘only through stories can invisible or inarticulate or silent beings speak to us; it is they who allow the past to reach us.’

Ironically enough, Ghosh appears to have not done justice to his art of conjuring up a story within the structural framework of the novel. He paints a variety of characters, who are equally versatile, but other than Cinta, the rest fail to strengthen the narrative design. Take, for instance, Piya. Though she is introduced as ‘an interesting woman,’ who is also a Marine biologist, she somehow remains an ancillary figure beside Deen, simply constricted to the part she played in The Hungry Tide. Bemused by the things happening around him, the narrator Deen seems to be too absorbed in his mind and wallows in self-pity so much that he needs Cinta and Piya to help him think through the various phases of his life. It would seem that in his bid to remain committed to his themes, Ghosh overrides his storytelling abilities, compromises on his narrative to highlight how climate changes lead to apocalyptic weather, and advocates a political viewpoint where refugees and migrants dictate the new world order.

Nevertheless, as a writer whose penchant for historical research constitutes an important aspect of his literary oeuvre, Ghosh’s Gun Island sheds light on the much-forgotten past of the slave trade in South Asia. He draws a subtle parallel between the gun merchant’s travels to the West with the streams of migrants reaching the shores of Europe through the Mediterranean Sea. At the end of the novel, the Blue Boat reminds Deen of JMW Turner’s most poignant painting called ‘The Slave Ship’, first exhibited in 1840. The realization dawns on him that history is speaking back to the colonizer as their former slaves are taking the routes explored by them during their years of oppression. Deen observes, ‘Rafi, Tipu and their fellow migrants had launched their own journeys, just as I had before them; as with me, their travels had been enabled by their own networks…Instead, it was the countries in the West that now knew very little about the people who were flocking towards them.’ The trials and tribulations of Bilal, Rafi and Palash, who left their home and migrated to Europe, leave an indelible mark on the mind of the reader.

Despite highlighting such marginalized narratives of migrant workers, Gun Island stops short of becoming a ‘masterpiece’ in the sense that The Hungry Tide is. The dots that Ghosh tries to connect are not congruent as action shifts from dolphins beaching in Sundarbans to venomous spiders in Venice to wildfires in Los Angeles. What is interesting, however, is that Gun Island makes an intervention for it will be counted as the first work of its kind which discusses climate change through fiction, especially at a time when these extreme variations in the weather are making the headlines in leading newspapers around the world.

Sumallya Mukhopadhyay, currently a research scholar in the Department of Humanities and Social Sciences, IIT Delhi, is working on migration and related literature.