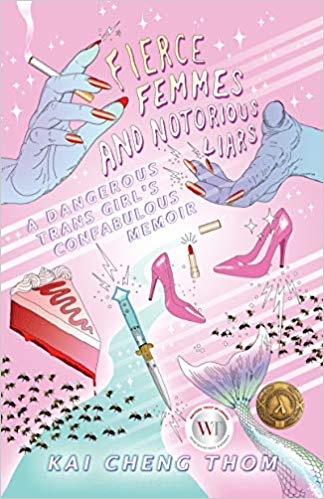 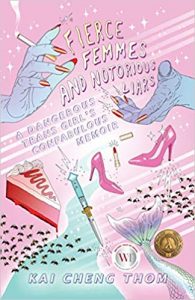 Gender-based violence has taken many forms. One of the worst depredations has been reserved for the transgender community. Awareness about varying gender identities have increased, but mistreatment has not necessarily reduced. Fierce Femmes and Notorious Liars by Kai Cheng Thom is a bold and raw novel that brings the tragedy of marginalization of the transgender community, particularly of trans women, to light.

The protagonist of Fierce Femmes, who remains unnamed throughout the book, is born a boy to Asian immigrants in the imaginary city called Gloom. She discovers her trans identity early in life, and dreams of living as a woman. Facing both poverty and ridicule, she flees Gloom in her late teens for another imaginary place, the City of Smoke and Lights, just called City. Here she starts living with other members of the trans community in an area called the Street of Miracles.

Life is far from safe here. The novel paints vivid portraits of the kind of violence brought to bear upon trans women. Faced with ridicule, the threat as well as the reality of sexual violence, homelessness and unemployment, every day is a struggle for survival. The protagonist carries a pocket knife with her at all times, treating the object and its symbolism of defensive violence as her best chance to stay alive. In the meantime, everyday bonds of friendship and love also blossom and die out in this dark world, drawing out a necessary human normalcy.

A fatal attack on one of trans women leads to the formation of a vigilante group of transgenders, who unleash retaliatory violence, and are predictably hunted down by men and police in the City, leading to the murder of a member of the police force. This forces the protagonist to think deeper about using violence, and leads her to confront her own rage. She also analyses her own community, the various roles her friends play, who is aggressive and who is passive aggressive, who is right and who is wrong.

One of the techniques that the author uses to show the double life led by trans persons is the letters to her younger sister Charity. These letters describe a life that is safe and mundane, where the protagonist is lying about working in a grocery store to earn a living and taking French classes at night. The fantasy world of normalcy described in these letters are a complete contrast to the heroine’s real life, heightening the sense of tragedy. It would be a mistake to believe that the author is trying to evoke pity in the reader. The writing is meant to hold up a mirror to how easily individuals are stripped of personhood and dignity, forcing them to lead dangerous lives, which then triggers a vicious cycle of being further castigated by society.

Yet another beautiful technique is the use of poetry about the knife that the protagonist carries with her. Over the pages of the novel, the author captures the heroine’s complicated relationship with and understanding of the knife that symbolizes violence. The object never disappears, only her feelings towards its role in her life are recorded as being simultaneously useful and redundant, never in any particular order.

In the end, the heroine faces her own tumult, and with that she finds herself and her confidence. She also finds love and acceptance, and just when the reader thinks that there will be an ending befitting a romance, the author confounds everyone by not granting such an ending, rescuing the protagonist from the threat of heteronormativity.

This book is a depiction of a dystopian, noir world. Usually, this style of writing is reserved for the world of men, full of blood and gore, set in public places, with a prominent role for the night time. The writing is akin to a horror fantasy, except that it is the most accurate description of an ugly reality. There is no trace of any frothiness merely because the book is targeted at a younger audience, possibly girls. Instead, it explores gender, sexuality, consent, harassment at the workplace, socio-economic and political conditions for trans persons with a clear eye that manages to be both brutally truthful and empathetic. The book is a must read for courageous young adults who do not feel the need to shy away from the dark bits of life.