The Epic As Novel 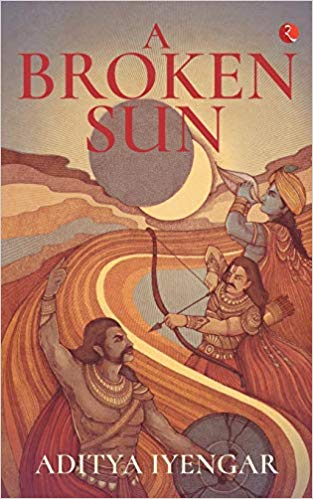 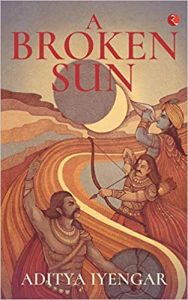 This novel is the second of a trilogy on the Kurukshetra War, we are told, and covers the thirteenth to the fifteenth nights of the war. Reading this novel one cannot but admire the courage of the author in stripping the Mahabharata of what he calls ‘the myth part of the story’ and ‘the supernatural weapons or happenings’ (Introduction: p. vii) and turning it into an account of a ‘small, dynastic war’ presumably between two tribes or clans, set in the Iron Age, around 1000 bc. In his view these distract a reader from the ‘epic’s true beauty—the characters that inhabit its text’.

Iyengar’s novel, shorn of the embellishments (if one can call them that), is an account of the men and women involved in the war, and he depicts them in some detail—their rivalries and internal enmities, their loves and miseries—together with accounts of the war itself. This last is done in blood and gore, in some cases the manner of killing, Dronacharya’s head, for example, hanging on to his body by a piece of skin or gristle, of the field itself a viscous slimy place made so by spilt blood and pieces of flesh, rotting in the heat. Iyengar describes that and the overhanging stench of rotting meat and faeces; he carefully details what he says is true of anyone going into battle. ‘All warriors shit before battle. The ones who don’t are lying.  I felt a warm river snake its way doen my leg and felt its wet warmth mingle with the rough leather of my sandals. Then, my bowels released their load into the seat of my dhoti’ (p. 44).

The author has different characters in the story narrate the events; this particular gem is given to us by Sushasana. In fact, Iyengar has adopted an interesting method of telling the story; rather than leave it all to Sanjay, as in the Mahabharata, he has different characters recount different sequences. A courageous and imaginative device to bring the war to life—he even varies it slightly, by having Arjuna speak to the slain Abhimanyu, perhaps as a rather poignant way of talking to him as he had not when he was talking to Subhadra, who was carrying the unborn Abhimanyu, about the method of entering the chakravyuha, but not telling her the way one could get out.

Having marked these rather admirable aspects of the novel, one must point out that, in the final analysis, it just doesn’t work. It doesn’t for a variety of reasons but the basic, and strongest one, is that the epic is what it is, an epic, precisely because of the mix of the supernatural with the human story. If Krishna is just a charioteer, King of Dwarka though he may be, the story is reduced; the Mahabharata is what it is because Krishna is an incarnation of Vishnu. All of his actions: his protection of Draupadi during her ‘disrobing’, his slapping of his thigh as if in appreciation but actually indicating to Bhima where to hit Duryodhana during their fight, his getting Yudhishthira to say Ashwathama was dead, saying, under his breath ‘iti gaja’ meaning the elephant was dead, seem to tie into his great teaching of Arjuna, the Bhagavad Gita, in a way that scholars have yet to agree on.

The point is not about that, really; it is about the nature of the epic, what makes it endure. In a quite different way it is what makes Homer’s Iliad endure: the presence, however faint or whimsical in the Iliad—Athena’s protection of Achilles, for example, except for whatever reason, towards the end of the epic. The Mahabharata, in a far more intense manner, is suffused with the spiritual, and that is why it is what it is, not only because of the Bhagavad Gita.

Furthermore, the device of using Sanjay to narrate the epic is a means of distancing the events and the people, because that was what was intended. It was a means of ensuring that all those who read, or heard it were left wondering about motivation, about the characters.

To strip the epic of these, the elements Iyengar calls ‘myth parts’ and ‘supernatural weapons or happenings’ is to reduce it to a mere potboiler, a recording of a fight between two tribes. Not a tale that would engage readers enough to read three novels on it.

One has, regretfully, to add that the characterization, on which Iyengar relied so much, is not credible enough. He writes at length about Ghatotkach, but is unable to create a sufficiently vivid, credible character. It is not easy to do so, given the near impossible postulates with which he has to contend.

But the effort is admirable.

Bhaskar Ghose, a member of the Indian Administrative Service (retired), is the author of Teller of Tales and Parricide.