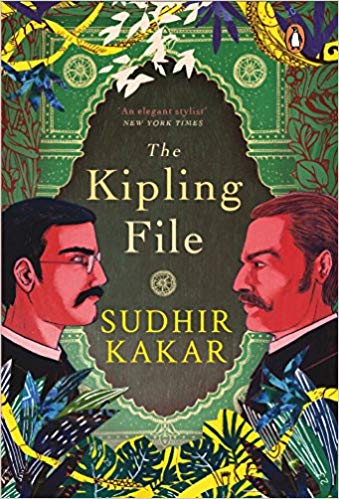 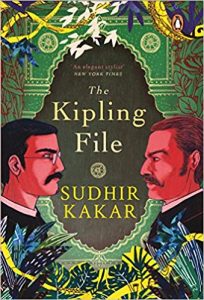 Rudyard Kipling (1865-1936) remains the enfant terrible of English literature if not an outright villain, for he is routinely castigated for his blatant championing of British imperialism. He remains phenomenally popular as a writer, his sheer political incorrectness notwithstanding. His poem ‘If –’, which is stoical rather than jingoistic, regularly comes out tops in opinion polls conducted in Britain to decide the most popular poem in the language. His novel Kim is as sympathetic an overture towards Buddhism as to be found in perhaps any English novel. And countless children all over the Anglophone world still grow up inhabiting the magical world of the two Jungle Books.

So what do we do with Kipling? We could perhaps try and fill out the caricature that he is known as (and ‘caricature’ means to simplify by overloading or playing up one characteristic at the expense of all others), so as to be able to see him in the round, and as someone with a complex inner life. This would be to rub out the exaggeration without offering exoneration, and to understand all without forgiving all. This may seem to be the proper task of a biographer but perhaps a novelist could do it even better. For novels are, as Mikhail Bakhtin argued, by their very nature not one-sided but ‘dialogic,’ and not sternly judgemental but marked instead by what he called their ‘unfinalizability’.

Few persons may be thought better equipped to undertake such an imaginative exercise as Sudhir Kakar, foremost psychoanalyst who is also the author already of five fictionalized biographies. This is a new genre which he has made his own⁠—and which could perhaps be named bio-fics (on the pattern of bio-pics, except that it sounds somehow comical) or perhaps psy-fi (but how to pronounce it differently from sci-fi?). The protagonists Kakar has chosen to explore so far have been Vatsyayana, the author of the Kamasutra (in The Ascetic of Desire), Ramakrishna Paramahansa (Ecstasy), Mira Behn in relation to Gandhi (Mira and the Mahatma), Dara Shukoh and Aurangzeb (The Crimson Throne), and most recently, the witty and profound Sanskrit poet of love and renunciation, Bhartrihari (The Devil Take Love).

Thus, it is the Indian world, whether ancient, medieval or modern, which has been Kakar’s fictional oyster. Now he steps out and goes global by choosing an English protagonist. He also marks a new beginning by adopting for his hero a (fellow) novelist, in fact a literary genius, a type traditionally known (or at least popularly suspected) to be emotionally intense and mentally less than stable, and thus tailor-made for psychological scrutiny. Nor is this a modern finding, for as we are reminded at the very beginning of this novel: ‘Did Aristotle not say that unpredictability and bouts of melancholia are an essential part of the poets…of genius’⁠—a characteristic that ‘alienists now call “depression”’? (pp. 2-3)

In this respect, the one previous book by Kakar which this novel resembles the most is his imaginative reconstruction of the early life of another literary genius, Tagore, who too was both a poet and a novelist and coincidentally a close contemporary of Kipling; they even have an Irish orphan for a fictional hero (in Kim and Gora) though the two hapless kids turn out as differently as possible. But The Young Tagore is listed among Kakar’s works as non-fiction, perhaps because he had to tread softly there on the hallowed turf of the Gurudeva.

In engaging with the distinctly unhallowed Kipling, there are no holds barred for Kakar. He chooses for his narrator Kay Robinson, who was Kipling’s boss in the 1880s as the editor of the newspaper Civil and Military Gazette published from Lahore, while Kipling, still a teen-ager, was a roving reporter and the sub-editor. The two got along famously at the time and Robinson became not only Kipling’s best friend, indeed his ‘only friend’ (p. 5).

Writing this book ostensibly thirty years after they were together in Lahore, Robinson understandably has not much love lost for Kipling and offers a view of him, which is closely observed and quite clear-eyed, if not a trifle unremitting. Things are further complicated by the fact that Robinson falls in love at first sight with Kipling’s younger sister Trix (properly called Alice and by Kipling at this stage called The Maiden), of whom too Kipling is as fiercely protective as of his privacy if not a little more so. The filter through which Kakar chooses to view Kipling (or his donnée as Henry James called it) is as piquant as could be.

We thus get vivid descriptions of Kipling in a variety of informal and also some intimate situations. Some of the time, Kipling is excitable and comically, hilariously, inventive. When Robinson tells his junior that their boss in Allahabad, George Allen, wants them to put some ‘sparkle’ in the Lahore paper, Kipling promptly orders some champagne from a hotel across the road as if that should suffice for sparkle. He and Robinson then draw a cartoon in which a sparkler, a phuljhadi, is being lit under Allen’s broad backside. Just how much sparkle does he want?  (p. 80)

But Kipling also wrote stuff for this Lahore paper, which positively sparkled. Under Robinson’s encouragement, he not only reported on mundane matters but was given space in which he could publish the occasional comic-satirical poem on the goings-on of pompous British officials and other Anglo-Indian types, and also short stories which began on the front-page and were carried on to the next page and so called ‘turn-overs’. These had to be written at short notice and made to measure, for they had to fit exactly into the space still available. Such gun-to-the head writing taught Kipling a lesson in artistic economy and professionalism, which he internalized for use ever after.

Some of Kipling’s best poems and short stories from this period relate to his perfervid observations of natives in their part of the town where few white men ventured, not even during the day. But the high-strung, lonesome, heat-oppressed and often sleepless young Kipling would go wandering into the walled city even at night, and chance upon native ways of which few other Englishman had any inkling. A haunting surrealistic story of his from this period is ‘The City of Dreadful Night’, in which an unnamed Englishman wanders through the city which seems eerily silent, with its residents sleeping out in the streets and other open spaces with a white sheet wrapped around them, as if they were all dead and shrouded. It is this element of out-of-body fantasy that lifts Kipling from being a mere realistic observer into a genius with startling perceptions, and Kakar highlights these.

It is obvious that Kakar writes out of extensive research amounting to deep immersion into the life and writings of Kipling, including his less well-known pieces such as can be found only in the depths of the magnificent website of the Kipling Society (UK). So osmotic is Kakar’s writing that in several places, even someone fairly familiar with Kipling’s work will find it difficult to distinguish what Kipling wrote from what Kakar seamlessly grafts on to it. Long direct quotations from Kipling are indented here (and it’s a good job he is out of copyright now), but what follows as Kakar’s own handiwork sounds pretty much the same. The indented and the invented merge, and Kipling’s direct speech flows on into his free indirect speech as supplied by Kakar with a sure pucca touch: ‘Sod Allen and Sod Wheeler! Let you and me repair to the club for a couple of beers and a spot of lunch. Mind you, I don’t do this every day. Don’t have the frigging time’ (p. 21).

On another occasion which is here described immediately afterwards, Kipling comes across an uncouth woman standing in a doorway in a native gali, yawning and stretching her arms. She is ‘short, plump and dark, very dark’, and yet ‘merry enough’ to ask ‘frankly in Hindustani whether the Saheb would like a fuck, for only one rupee.’ Which of course proves to be an offer he cannot refuse, but after they have made out in her smelly squalid room, which has a print of Ganesha hanging on a wall, he recoils from the experience (pp.190-93).

It is as if Kakar is offering this pointedly juxtaposed pair of scenes as allegorically representing Kipling’s whole experience of India. Whatever was beautiful and artistic in India may have had an aesthetic appeal to him but it also unnerved him, while he went seeking the primal, the dirty and the dusky irresistibly entranced him one moment but repulsed him the next.

Well, that’s one insightful, suggestive, and psychologically acute way in which to make sense of what India did to Kipling and what it meant to him. And this contrast is underlined by the fact that of the two encounters equally vividly described in this novel, one was written by Kipling and the other is planted by Kakar.

Harish Trivedi taught English at the University of Delhi, Delhi.