The Many Attributes Of Pain 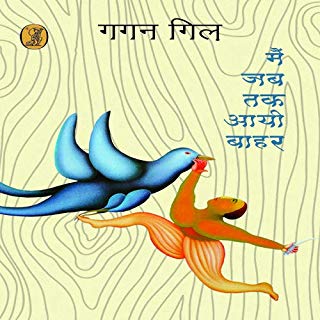 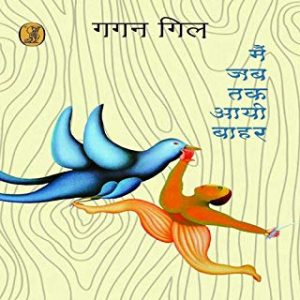 Main Jab Tak Aai Bahar is Gagan Gill’s fifth collection of poems. She established her poetic self with the publication of her first collection itself, Ek Din Lautegi Ladki (The Girl will Return One Day) published in 1983. It was unusual to publish an entire collection of poems around the theme of a girl’s journey. Gagan Gill has never claimed to be a feminist poet, but in the center of her poetic self, the journey of this female self is recognized as epistemologically valid. This self is rendered autonomous by this inner knowledge that she is just passing through this world and that this world is constituted intimately by pain. To a woman poet, this pain is produced concretely by the systems of patriarchy; to Gagan however, it’s metaphysical. She goes to the Buddha in her second collection, Andhere Mein Buddha (Buddha in Darkness, 1996), to understand the nature of human suffering. The desiring human self becomes her concern; the dimension of suffering acquires a new magnitude in her poems here. She stakes her own desire to be a mother, to have children, to have love. She finds a vast emptiness staring at her mockingly.

In her third collection of poems, Yah Akanksha Samay Nahin Hai (This is not the Time for Desire, 1998), and then in the fourth, Thapak Thapak Dil (Slowly My Heart, 2003), there is recognition of staying within more stoutly, perhaps stoically for the further deepening of the self in practice. In her majestic travelogue Awaak (Awestruck, before 2008), her journey acquires an outward manifestation of what it means to be staying within oneself. She travels to Ladakh and is wonderstruck by the majesty of the Self, one that seemed metaphysically illusive. This book was listed by the BBC as the best travelogue of the year. The Budha had come out pleading with her not to despair—look around, there is more to see and experience. But pain struck her again; there was no way out of it except understanding desire itself with a meditative caution.

The present collection, Main Jab Tak Aai Bahar (By the Time I came Out) is an account of the same inner journey when she finds that the world has become a bit more cruel. She is alert again. This time she engages the divinities (Devi, Ma, Prabhu, God) in conversation and asks why they fail to understand how much a human being can take to be alive; after all, they know more as they create this pain. In her poem, ‘Tumhe to Pata Hoga’ (‘You Would Know’), she invokes the divine:

In the first poem of this collection itself, she places herself so obliquely in this world that you could see her unease filtering to you remarkably. It is difficult to say whether this poem is addressed to her mother who passed away a year ago or to the divine mother who acquires the role of personal mothers and relates to us—whoever, the form or its being—Gagan Gill wants to know how it came to be this way for her. She writes,

(You emerge from the needle/I from thread/which stitch is it mother/that remains unfinished. This needle is so long/in your finger sometimes/sometimes in my nails/you come out of an aperture/as if from God’s door/and I just behind you/your fragment, a rag.)

Gill’s sense of pain always militates against it being narrowed down to the personal attributes of her subjective self. In this collection she deepens it like a painter, painting by inventing new colours to embellish it, and thus gives the final touch towards its completion. If not for any other poem, but for ‘Din Ke Dukh Alag The Raat Ke Alag’ alone one would cherish this collection of poems for eternity as it brings out the layering of pain as it is endured. One is grateful that she shares her craft of making suffering look like a masterpiece. She writes,

(Pain by day is one/of the night another/one hides them in the day/in the night one hides from them./No sooner does the day pass/arrives the dark night/out come the hunters.)

It is obvious that the outside world is more cruel than before. There are trappers aiming at you, identifying you. It’s darker than before. One is lonelier in one’s journey through this world. It’s heavy and alienating now. This collection is about the intensification of suffering that one experiences today in this world. But then she refuses to submit. She has not forgotten her autonomy. In her poems she is telling herself by way of displaying her disobedience to gods and goddesses that she will not submit her body to these slayers, no matter how powerful they appear. There is a tone of stoic determination to live as one would, if not so threatened by them. She writes,

(This body is rather limiting,O’ Vankanya, the wild one /Do not lay it at anyone’s doorstep/whether God, or human/submit not your body to anyone’s will… It would not be easy/but not so difficult either, daughter of the wild/to live without a body/not god/a human being greater than god/will come one day for you).

In Jab Tak Main Bahar Aayee Gagan Gill comes out as a strong woman’s voice which challenges patriarchy by way of taking on even the gods and goddesses but more than that, it presents a poet’s aspiration to have humanity surpass its present impasse. This empire of suffering where pain rules so egregiously is now beyond  women’s endurance. Feminist poetry in Hindi is richer today as its women’s voices emerging from deep within and the vast outside have joined its cause. It is sheer pleasure to read about pain painted by this artist of the rare realms.