Towards A ‘Naya Pakistan’? 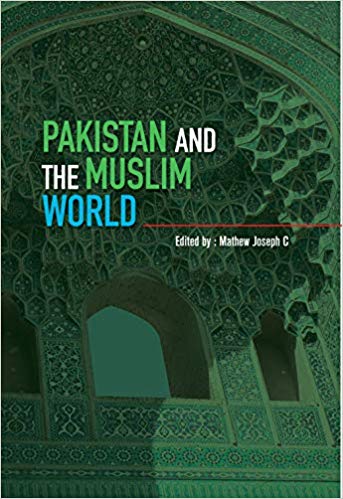 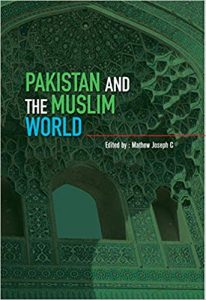 This book is a much delayed compilation of papers presented at a seminar conducted by the Centre for Pakistan Studies, Academy of International Studies, Jamia Millia Islamia, New Delhi, in March, 2012. Seven years in the making, perhaps the Editor’s ennui in goading the authors to submit papers in time reflects in errors, spelling ‘grateful’ as ‘greatful’ in acknowledgements, which stare glaringly at the reader in the very first page!

AK Ramakrishnan of the Centre for West Asian Studies, Jawaharlal Nehru University (JNU) begins the discourse by looking at Islam and International Relations from the perspective of understanding ‘the Politics of Culture’. While seeking religious guidance, the Islamic intellectual tradition from medieval times tried in diverse ways to theorize state conduct and governance on the one hand, and the religious universal order on the other, as separate categories of human concern. He looks at the contrasting linkages between siyasah (politics) and din (religion) propounded by Ibn Taimiyyah with the theorizing of the societal realm in the notion of asabiyya (social unity) given by Ibn Khaldun. Islam played a system-supporting role in various empires and modern Islamic republics, while the Prophet’s own role, as a system-challenger remained relevant. Islam played a system-challenging role during the Iranian Revolution in 1979.

Radical Islamic revivalists challenged the Westphalian model of the state. Ramakrishnan believes events like 9/11 (Sept 11, 2001 attacks in USA) brought forth a challenge for intellectuals ‘to revisit ideas of linkage between Islam and politics’, not only to allay misconceptions or motivated readings of Islam, but also ‘to bring to fore the diversity and intellectual corpus’ produced by Islam over a period of time.

Searching for a ‘new discursive space’ in the Muslim world—from ‘the Arab Spring to katchi abadis’  in Pakistan, Kingshuk Chatterjee of Kolkata University looks at the nature of turmoil in the Arab Middle East, suggesting that ‘a case of dominoes’ emerged, ‘nearly toppling’ several political regimes. He takes note of the peculiar characteristics of ‘tribal affiliation’ that shaped conflicts in Yemen and Libya. He looks at ‘the curious case’ of Pakistan, plagued both by ‘political instability’ and ‘economic stagnation’, though his description of sectarian violence in Karachi rests on a somewhat erroneous premise of being founded, in large measure, in ‘the conflict between (migrating) Shia Mohajirs’ (from North India) and ‘Sunni migrants from Punjab jostling for space ever since’ (p. 41). His optimism about ‘relentless pursuit of militant Islamists by the Pakistan military’ serving ‘to take the sting off militancy’ there
(p. 54) also seems rather premature.

In Chapter 4, veteran scholar Kalim Bahadur, now unfortunately in very frail health, presents a sound historical analysis of ‘Pakistan’s Search for Islamic Identity’, duly flagging the role played time and again by its military rulers in enforcing this identity, never hesitating to use it as a crutch to justify martial law takeovers. He tellingly points out that Pakistan’s ‘identity crisis stems from the lack of education on the genesis of their people. Very little is taught on the ways of their ancestors and who they were’ (p. 71). The confusing pursuit of contrasting Persian or Arabic cultures intermeshing with the Urdu or even Hindu origins of the Mohajirs is flagged. Kalim Bahadur politely reminds readers how Pakistan’s identity has been deeply influenced by its relations with India, despite efforts there, from  its very inception, to ‘reject its Indian heritage’. ‘So deep is this confusion that more than six decades after its creation, even the definition of who is “a Pakistani” is not clear… the Indian migrant is still being regarded an outsider’ (pp. 72-73).

Rasul Bakhsh Rais of the Lahore University of Management Sciences (LUMS) presents a paper on ‘Contested Identities of Pakistan’ (Chapter 5). ‘What Jinnah envisioned for Pakistan remains a distant dream’, the author laments, ‘with four military regimes subverting the Constitution four times and the rise of Islamists with their support’ (p. 78). Rais avers that Pakistan should increasingly look on itself as ‘a territorial State, not a pan-Islamic dream’ (p. 80). He sees two sets of ideas or ideologies competing for social or political space at the national level, which have affected Pakistan’s quest of becoming modern while retaining strong religious and cultural traditions.

For an academic who has carefully remained within pro-Establishment confines in the context of Indo-Pak disputes, Rais makes unusually candid confessions here about Pakistan’s ‘failure in staying on the course of democracy and constitutional politics’ (p. 82), acknowledging that ‘the third military regime of General Zia-ul-Haq, with the support of a clamorous right-wing constituency set the country on the course of controversial Islamisation’ (pp. 82-83). He mentions ‘use of economic and political resources’ by ‘the ruling classes’ and ‘bad governance’ as causes which have pushed ‘the marginalized sections of Pakistan toward embracing radical Islam as an alternative ideology and path of empowerment’ (p. 84). He also writes caustically about ruling elites not sincerely addressing issues like the centre-province divide and the ‘flawed nation-building vision of the Security State’ that have shaped the identity debate in the country, often needlessly generating conflict and violence.

These are thought-provoking perceptions, indeed, but Rais’s expectation of ‘momentous change’ in ‘restructuring of federalism through the 18th Amendment’, ushering in ‘structural change in the political order’, may turn out to be an optimistic hope at present.

There are overlapping ideas in the chapters ‘Pakistan: State, Civil Society and Political Islam’ by KM Seethi, ‘Understanding Salafi Movement in the Context of Pakistan’ by MH Ilias, both of Mahatma Gandhi University, Kottayam, Kerala and the Editor’s own piece, ‘Pakistan and Islamist Movements in the Muslim World’. Pakistani migration to Saudi Arabia is examined not only from the economic viewpoint of outward migration but also exposure to Salafi-Wahabi ideology. Ilias depicts how all four major Islamic streams in Pakistan–the Ahl-e-Hadith, Deobandis, Barelwis and Jamaat-e-Islami concentrated on establishing their own cults and powerful institutions, as alternatives to state sponsored religion during the Zia-ul-Haq period and afterwards (pp. 125-126). The impact of the teachings of Sheikh bin Baaz on the Jamaat-ud-Dawa, established in Muridke in 1985 represented the taking root of ‘Second-Wave’ Salafism in Pakistan (p. 127). A new class of preachers emerged, with target audiences extending to the educated class. These preachers were different from classical Salafist Ulema, making their topics more appealing and ‘cyber-friendly’, rather in the mould of India’s own Zakir Naik, now exiled in Malaysia.

The next three chapters look at Pakistan’s relations with the Muslim World and its extended neighbourhood. Noor Ahmed Baba, well-known Kashmiri academic, recounts Pakistan’s half-hearted and eventually infructuous attempts to take advantage of ‘Islamic solidarity’ in propounding its position in the Kashmir dispute. Faisal Abbas, Research Fellow at Gottingen University, Germany, looks at labour migration from Pakistan to West Asia and the effect remittances from there have had on buttressing the country’s economy. Visually interesting charts and data are presented in this paper, though they do not cover new ground. Bhavna Singh, Associate Fellow at the Center for Air Power Studies, New Delhi, examines Islamic linkages and the Sino-Pak nexus, though here again, her paper is dated and does not break new ground. Recent developments after implantation of projects announced under the China-Pakistan Economic Corridor and controversies emerging from incarceration/forced re-education of Sinkiang Uighurs as well as the disillusionment of Pakistani brides married to new Chinese entrepreneurs have completely overtaken perceptions therein.

D Manpreet Sethi’s paper on Pakistan’s Nuclear Proliferation factually encapsulates by now well-known developments on this front. She notes how Pakistan justified diversion of western aid as ‘an alternative revenue stream’ for nuclear proliferation. The Saudi financial buttressing of the programme is mentioned and how Pakistan’s nuclearization has been used to sustain Pakistan’s Islamic identity has also been correctly depicted. The dilemma of keeping the United States in good humour is recognized. Sethi believes, ‘Islamabad had to perform a tight balancing act, ratcheting up, or down, the intensity of the Islamic content of its nuclear enterprise’. A second dilemma emerged for Pakistan, as the Saudi-Iranian schism intensified, posing limitations on Pakistan’s projections of its ‘Islamic bomb’ utility for the Islamic Ummah.

Commander (retd.) Alok Bansal, now in his India Foundation avatar, writes about sectarianism in Pakistan. This paper again is a fairly comprehensive historical trace of how contradictions in Pakistan’s quest for identity laid bare sectarian fault lines in its polity. Competing violence between sects has become the norm, to preserve turf interests and control over lucrative mosque and madrassa networks all over the country, altering equations between sects and almost changing the very nature of law abiding but religiously conservative common masses. Bansal rightly focuses on the need for changes in the educational curriculum of schools if Pakistan wants to stem the tide, which seriously threatens the stability of the state.

Despite delay, this book is a useful compilation of trends, which will continue to be relevant as Pakistan tries to grapple with its difficult economic situation, and seeks the ideal welfare state of Medina, so often referred to by Prime Minister Imran Khan in his rhetorical quest of a ‘Naya Pakistan’.