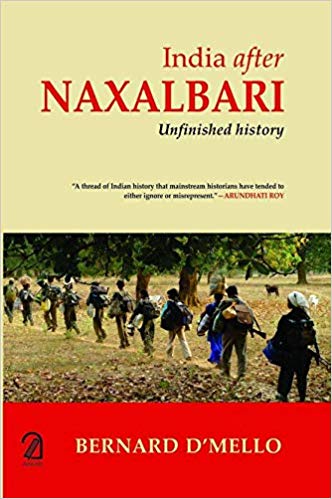 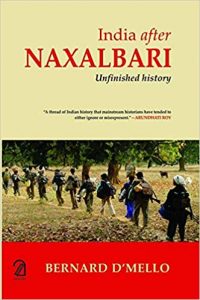 Maoism in India has evoked the interest of and intrigued social scientists and scribes in India and across the world of all persuasions for over seven decades. Though generally chronicled from the uprising in Naxalbari in 1967, its history goes back to the Communist Party of India-led uprising in Telangana in 1946 with the same intent, ideology and strategy. The Naxalbari movement of 1967 in West Bengal has a historical continuity with Telangana. For, after its withdrawal on Stalin’s advice in 1951, and particularly following the 1964 split in India’s Communist movement that created two parties supporting the USSR and China, the former followed Stalin’s advice to compete in India’s parliamentary politics and the latter became the vehicle of revolution in West Bengal. However, as the latter too tasted power through electoral politics in 1967, the party witnessed another split in 1969 and the radical Communist Party of India (Marxist-Leninist), and later its various factions, followed the revolutionary path. The volume under review, the latest offering on the subject, has been written by a scribe and human rights activist with an empathy towards the Maoist movement, which he expresses at the very outset: ‘Hundreds of millions of people have been the victims of Indian capitalism’s irrationality, brutality, and inhumanity, and it is the actions of those who could not remain unmoved and were compelled to revolt that have motivated me to write this book’ (p. 7).

The study comes at a time when a determined assault by the security forces resulted in the elimination of several senior key leaders such as Azad and Kishenji. Consequently, the Maoist movement has slowed down and become directionless. Also, with the change in regime in New Delhi after the 2014 general elections, the public discourse on Marxism and the Left-oriented thinking in India has come under determined and virulent attack, reducing space for those supporting the Left-revolutionary politics. Maoist politics in the meantime acquired a viciously violent character, attacking not only the police and the paramilitary forces after them, but also tribals and others suspected of being against them or being police informers.

D’Mello rightly contextualizes Maoism in India with the ‘precursor’ peasant uprisings in the post-World War II era. The Telangana (1946-51) and the Tebhaga (1946-47) movements signalled the success of the CPI’s revolutionary strategy and in Telangana, the abolition of the vetti (bonded labour), neutralization of the Dora (landlords) and redistribution of land were significant achievements during the colonial and immediate postcolonial era.

The split in the Communist movement, and party, is significant to the discussion of the Maoist movement in the country. D’Mello has skipped the historical details of the 1964 split that created the Communist Party of India-Marxist (CPI-M), which projected a radical character earlier enjoyed by the CPI. However, in the postcolonial society and polity of India that was walking the path of parliamentary politics, it was difficult even for a Communist party to stay away from the experiment, which was described as ‘national democratic revolution’ by the CPI and it favoured an alliance with the progressive sections of the Indian National Congress. Yet there was a substantive section that favoured eschewing the parliamentary path and chose a ‘people’s democratic revolution’ through mass work led by the workers and peasantry.

Yet, the electoral success in West Bengal in the fourth general election in 1967, where in the northern Darjeeling district it had achieved substantive mobilization for revolutionary politics, put the party in an ideological and strategic dilemma. Here, in March 1967, in the village Naxalbari, its revolutionary Krishak Samiti (peasant organization) undertook a political programme to abolish the prevailing landlordism, they burnt land records, seized promissory notes and other legal records related to the debt peasants had incurred over the years and looted the granary. They formed defence squads and peasant committees, with women playing a prominent role in several villages and faced the might of the state armed with bows, arrows, and spears. The leaders claimed that the movement awakened Indian society to the intolerable conditions of economic oppression and social humiliation of the poor and landless peasantry. Paradoxically, between 1967 and 1969, when another split, this time in the CPI-M, created a new party CPI (Marxist-Leninist) committed and embedded to ‘people’s revolution’, the party-in-government negotiated to end the ‘revolutionary politics’ of the faction-in-revolution. And, after failing to convince them, it turned against the revolutionaries and launched a counterinsurgency programme. Seventeen people were killed, and hundreds more were arrested.

The new leadership took control of the post-spring thunder revolution under Charu Mazumdar. This followed a six-year (1969-75) series of experiments of the ‘Naxalbari’ kind, which, D’Mello rightly points out, was heterogenous and did not entirely adhere to Mazumdar’s ‘annihilation of class enemies’ line. The experimentation included taking the ‘revolution’ to urban areas, and Calcutta (now Kolkata) in 1970-71 witnessed a rather controversial strategy of inciting urban youth to destroy all symbols of bourgeois education, including monuments and statues of nationalist writers and poets, and relocate to the countryside to join the class war. The turbulence it caused fell quiet only after the movement was crushed by 1972.

D’Mello’s succinct discussion of the next phase characterized by the formation of the CPI-ML (People’s War) in 1980 in Andhra Pradesh provides the theoretical and strategic considerations of the next stage of the Maoist movement. The People’s War Group followed the ideas formulated by Lin Biao in his 1965 pamphlet for the Chinese Revolution, which believed that revolution could only be won through a ‘protracted people’s war’. The strategy emphasizes on a worker-peasant alliance that would ensure transition to socialism after taking power at the national level. This necessitated the formation of revolutionary bases in the countryside that would lead to final victory.

As the movement faced defeat in the first phase itself, D’Mello lists neglect of long, hard and patient underground work that was needed to precede the launch of armed struggle, the lack of military requirement, the failure to build organization among the urban proletariat, as also the lack of a democratic process in the movement. A major weakness of D’Mello’s analysis is that he considers that the losses were the result of a failure to adhere closely to the principles of the Chinese Communist Party. He is unable to see an inherent contradiction in the strategy itself, perhaps because of his own doctrinaire approach to Marxism and Maoism.

D’Mello contends that in the second phase of the Maoist movement (1977-2003), mass struggle intensified, mass organizations affiliated with various factions in the Indian Maoist movement highlighted issues of the workplace, hearth, and bread. Repressive state reaction during this period led to degeneration of mass-based activity and mass organizations were driven underground, building guerrilla bases and operating from there. He provides a good account of the merger of the two largest Maoist outfits (CPI-PW and MCC) in 2003, forming the CPI-Maoist and the binary violence it created.

D’Mello rightly criticizes the Maoists’ strategy and their overemphasis on armed struggle. Despite the author being ambiguous in the final chapter ‘Reimagining New Democracy’, in his view that the armed struggle must continue alongside the development of democratic activity, he contends that the Maoists completely failed to build up the ‘workers’ part of its peasant-worker unity. Finally, he argues that the future of the Maoist movement must pay more attention to gender, caste, nationality, and religion; he curiously avoids historicizing the Naxalites’ failure to systematically take up these ‘special oppressions’ at a time when it faces existential question.

Yet, India After Naxalbari is an impressive study and must be read by all interested in this fascinating phenomenon of India’s contemporary history.