An Omnibus Of Contemporary Urdu Writing 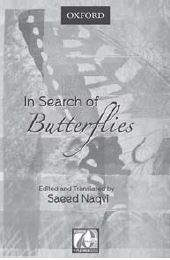 Saeed Naqvi in the editor’s Preface states that his belief is that Urdu has served as a link language for many centuries, and that writers of Urdu literature should be better known for the common thread of humanity discernible in their stories. Perhaps for the sake of retaining the focus on the Urdu language and literature, the editor skirts the vexed history of language politics (especially with reference to the Hindi-Urdu controversies leading up to the Partition and beyond). Nonetheless, the editor has brought together, in an unobtrusive way, writing from both sides of the Radcliffe Line, primarily from the current moment. As Naqvi regrets in the preface, well-known Urdu author Intizar Husain passed away as the volume was being prepared; otherwise these writers belong to the contemporary period, rather than the generation of Manto, Ismat, Krishan Chander, Bedi and others who had seen an undivided Urdu literary sphere face the challenge of Partition in 1947.

Despite steering clear of the minefield of history (especially that of Partition and its afterlife in the subcontinent), Naqvi seems to implicitly negotiate with Manto’s concern whether Urdu literature would be divided along with the land. His decision to include writings from both India and Pakistan opens up interesting parallels and divergences.

Among the authors included are well-known figures from Pakistan like Intizar Husain, Manzar Hasan, Zaheda Hina, Asif Aslam Farrukhi, and from India, Syed Mohammad Ashraf and Zakia Mashhadi feature. There are two stories by Intizar Husain in this volume, ‘The Great Mix-up’ and ‘A Cage in Waiting’. The first story belongs to the strand of Husain’s work drawing on subcontinental mythology. This parable is about the mix-up that occurs when Madan the Beautiful asks the goddess before whose statue the decapitated bodies of her brother and husband lie to restore them to life. In her hurry to see them brought back to life after the goddess grants her this wish, she fixes the wrong heads to the wrong bodies. As a result there is a unique dilemma to be faced, since Madan can tell that the hands of Dhawal, her husband are not his own. The ambiguities of complex emotions precipitated by this switch are delineated with precision, as Husain maps the contours of thwarted desire and the eventual restoration of a degree of mutuality.

The second story, on the other hand, captures the interplay of nostalgia and regret as three long-separated friends meet in Karachi to reminisce and regroup. They meet at Aman Ullah’s house, a bachelor who keeps a parrot’s cage despite the inhabitant having flown away, after being attracted by the sight of a guava tree outside. Aman Ullah compares the parrot with a woman, given its wrath one day at being fed only after some visiting pigeons, and refusal to eat thereafter. He rues the fact that the parrot became unfaithful despite his attentions and care, like a woman (in the process revealing his own inner emptiness and likely misogyny). When the friends suggest getting a new parrot or getting rid of the cage, Aman Ullah refuses, for he still believes that the parrot might return one day. When the narrator observes that unlike a lost pigeon, a parrot never comes back, Aman Ullah accepts that he may be right. Even so, he continues to place water in the empty cage, living in hope. ‘Maybe …’ (p. 161). The inconclusive thought encapsulates the mood of the story; rumination about waiting (‘intizar’) and its uncertain outcomes in time. Husain’s ‘realistic’ story carries symbolic weight, just as the earlier tale did, if in a different register.

The opening story by Mohammed Hameed Shahid, ‘Semantics of Lust’ has an unusual premise. The narrator of this first person account is an avid reader of Gabriel Garcia Marquez, who one day receives Memon’s translation into Urdu of Marquez’s last novel, Memories of My Melancholy Whores. The translation (from Spanish) into Urdu casts light on aspects of the novel he had missed or misunderstood in the case of the English version, especially pertaining to sexuality. He is also reminded of his friend Shakeel, as he peruses this tale of an aging libertine, even though the similarities between the fictional character and his friend only go so far. In the story that follows we learn more about Shakeel, whose infidelities eventually bring about his doom. The framing of his misadventures in the light of contrasts with Marquez’s character is an interesting meta-fictional technique, as various disclosures about Shahid’s ‘lecherous’ personality further amplify the element of ironic erotica found by the narrator in Marquez. The short story thus offers a new perspective on the many lives of a translation, as well as casting a differentiated light on the subject of desire.

Among the other stories that struck this reviewer in particular is Syed Md. Ashraf’s ‘The Embarrassed Hyena’, which captures the mutual suspicion and near-paranoia among travellers in a train compartment brilliantly, as their situation becomes an allegory of the times we live in. The refusal of passengers in the compartment (including one who had just been given succor) to admit a needy traveller indicates how far people have come (even among beleaguered and minority communities) from humanistic ideals and compassion. The stuffed hyena seen by a young boy in a railway office becomes a symbol of the descent into self-serving cowardice and cynical disregard for the suffering of others.

Manzar Hasan’s story ‘An Ode to the World’ is in the speculative vein, as it explores the consequences of a drying up of the marriage market, as girl children begin to be born in lesser numbers (reminding us of the real adverse and declining sex ratio in the subcontinent). Hasan brings in an element of sardonic humour in his account of the formation of global matrimonial companies, as well as in the description of ‘scientific’ interventions by geneticists and the like. Over time romantic literature and films lose their meaning, as couples become a rarity and the institution of marriage itself becomes a matter of nostalgia. Even as women disappear from the planet (a scenario reminiscent of Manjula Padmanabhan’s dystopian novel Escape), a man and his wife are discovered in a remote location. After two generations of infertility, a cure has been discovered, and the World Federation of Save the Humans arrives to administer this to her. However, this family has no time for this ‘cure’; the husband wishes to know when they had really cared about the world in which they lived, now destroyed by smoke, radiation and so-called experiments. The couple, consequently, refuses to be used for ‘human propagation’. The story reaches its satirical finale, as the world looks on (even cricket commentaries are interrupted for this purpose) to see if the woman will change her mind. With the end of the human race in sight, the medicine is sent into outer space by the ‘experimenters’, in a final instance of black humour.

Asif Aslam Farrukhi’s story ‘Stealing the Sea’ brings in a Kafkaesque, allegorical dimension, as the sea adjacent to Karachi disappears one day. The consequences of this unexpected catastrophe are delineated with an understated irony, even as all those who took the sea’s presence for granted are forced to come to terms with this phenomenon. At once an oblique statement about abrupt and irreversible climate change, and a commentary on everyday reality in the metropolises of Pakistan (where even such radical and absurd transformations have to ostensibly be taken in one’s stride), Farrukhi’s story captures the indeterminacy and fragility of contemporary existence in a poetic yet grounded way.

Zaheda Hina’s story ‘In Search of Butterflies’ provides the title to the volume, and is a moving evocation of the real dangers faced by prisoners of conscience and human rights activists in a state in which dissent is too easily criminalized. The device of contrasting the innocence of the activist’s child Mehdi of his mother’s situation (in the last hours before a sentence of death is executed) with the mother Narjis’s awareness of this impending reality is well-handled, and ensures our sustained empathy without descending into the maudlin. The metaphor of chasing after butterflies acquires a further poignancy and resonance, when Narjis tells her son at the end that she will be away looking for butterflies of freedom.

The anthology covers a range of styles and moods; if there is the fabulist (as well as seemingly conventional) style of Husain at one end, there is also the realist story in the Progressive mode (Zakia Mashhadi, ‘The Cover Faces’, Zaheda Hina), as well as modernist stories that capture psychological ambiguity, sometimes with an allegorical edge (Rasheed Amjad’s chilling ‘The Bird’). Stories by Manzar Hasan, Khalida Husain and Saeed Naqvi himself employ symbolism and indirection in their reflections on time and memory, in the editor’s capable renditions. We get a sense of the different voices in contemporary Urdu writing in the wake of the forced splitting of a literary tradition, as well as the possibilities of recuperation (fittingly), in this set of translations by an editor/translator from the medical profession.

Tarun K Saint is an independent scholar and writer. His research  interests include the literature of the Partition and science fiction. He is the author of Witnessing Partition (2010), based on his doctoral dissertation. He edited Bruised Memories: Communal Violence and the Writer (2002) and co-edited (with Ravikant) Translating Partition (2001). His most recent co-edited volume is Looking Back: India’s Partition: 70 Years On (2017), with Rakhshanda Jalil and Debjani Sengupta.