Between Then And Now 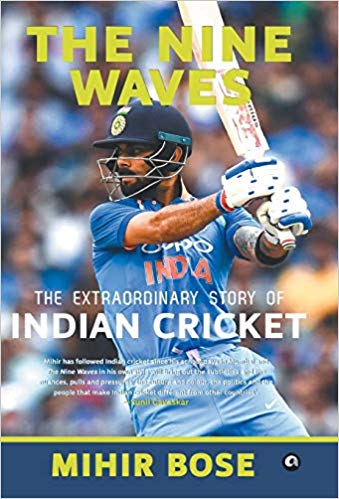 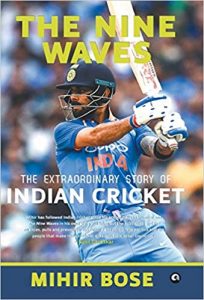 Reading Indian cricket history, especially when the clamour around the game is at its peak—during the four-yearly World Cup (luckily not during the Indian Premier League, at least not yet)—has its charms. For starters, the historic perspective it provides could be fascinating, riveting and perplexing as well.

The 2019 World Cup matches were staged at some of the hallowed venues of cricket in England. Journalist Mihir Bose’s book, The Nine Waves: The Extraordinary Story of Indian Cricket, helps one revisit the days when, to play in those stadia, pre-Independent Indian sides had to plead and pray till the English overlords of cricket allowed ‘wannabe natives’ a few days under the typically ever-absent English sun. How the tables have turned.

At the tournament’s latest edition, the cricket establishment was keen to accommodate the Indian side—if possible at all the venues—for the World Cup’s success and revenue generating capabilities depended on Virat Kohli’s men remaining in the hunt till the end. So much is the demand for India that the format of the tournament, with each team playing nine league matches to quality for the semifinals, was decided to maximize the revenue potential from the Indian outings. The book tries to narrate India’s journey, from being at the mercy of cricket’s First Nation, to becoming the first nation every other cricket playing nation runs behind.

The author, however, has done the chronicling part before. In 2002, his The History of Indian Cricket had won critical acclaim. His latest book is, in essence, an updated version of the earlier work, with the inclusion of the years between 2002 and 2019 that bring in the two World Cup wins and a subsequent IPL-ization of the game. The author, a reputed senior sports journalist who grew up in Mumbai and made a career in England, has changed his approach towards storytelling, no doubt, by compartmentalizing the narrative.

Bose has broken Indian cricket’s journey into nine eras, chronicling the important instances in the period, the stories revolving around the stars of the time, and obviously, the matches and battles won and lost on the pitch, boardrooms and even parliament. The historical narrative, however, gives a sense of being incomplete here and there. There are instances when he has failed to delve deeper, especially while narrating stories that have been doing the rounds more as rumour or urban legends. To substantiate them is impossible, and there is no need to either, to be honest.

But then, with each turn of the page, one was expecting Bose’s monotone—the read sounded more of a monotone than a vivid narration—to move away from a lecture in history to one which offers a perspective on the dynamics of the game, the rights and wrongs in it now, measuring and deciphering history as well as using it as a yardstick to make sense about the present. Seeking that and more, one turned the pages of Bose’s book through the course of the big tournament in England, even as on the pitch Kohli’s men won many and lost when it mattered. And, the book falls short, just like the Indian cricket team did at the 2019 ICC World Cup.

Bose, with all his experience following the game, right from his days as a student at St. Xavier’s school in Mumbai, to his life as a cricket scribe in England, could have added a bit more vivid insight into the book, not to mention digging into his personal understanding of cricket politics to paint a deeper and more telling picture. For instance, the two pre-Independence ‘waves’ of Indian cricket portray the story of players trying to present a national identity while playing on the pitch, against the colonial masters. It also tells stories of how the established cricket order—England, Australia and South Africa being the top three in the hierarchy at the time—undermined the Indian journey.

As things stand in the 21st century, Indians, with their economic clout, are the overlords of cricket. England and Australia remain the other two biggies. And cricket’s priorities revolve around the interests of this clique, or rather, this big boys’ club. Their collective demand was one of the reasons for a 10-team World Cup this time around, denying the few smaller nations who play the game, a chance on the grand stage.

The past is reminiscent of the present. Isn’t India doing the same thing to the smaller and aspiring cricketing nations that England used to do to them early last century? A colleague of mine had a chat with the secretary of Iceland Cricket a couple of weeks back trying to understand how the game is played in this Nordic outpost. We were shocked to realize that the International Cricket Council (ICC) has not given membership to Iceland because of some technicality. There is no attempt by the international body to accommodate them, despite repeated requests.

Cricket is at a crossroads. Or rather, has been at a crossroads for a few years now. At least globally the traditional formats, Tests, and even the one-dayers, are getting fewer takers. Test cricket struggles even in India. The advent of Twenty20 might have delayed the inevitable, but cricket as a game is likely to hit a wall in the near future, with traditional pockets dying and new pockets not allowed to grow because of the governing body’s myopic vision towards taking the game to the masses.

Shouldn’t cricket, for its own sake—expansion and survival—correct historic wrongs and make the game’s family a more open and inclusive one rather than stick to the two-tiered membership, a class divide, and the ICC follows? This is just one of the many questions the author of Nine Waves could have asked to get the fans conscious, and prick the conscience of the cricket establishment as well as the Indian bosses of the game. With the hindsight and perspective provided by history, the scope was limitless. He makes no attempt to take on the challenge. While starting the book, one imagined him stepping up the game from his previous works. What is the point otherwise in repeating the same story in two different ways? In Nine Waves, he manages a repeat, nothing more. And, talking about repeats, he has made sure he drilled in the fact that he and Sunil Gavaskar studied in the same school at the same time, and that they were close, many times in the book. Perhaps, this was more important to his narrative, much more than modern cricket’s segregatory identity, which happens to be nothing more than an evolved version of its colonial past.

Leslie Xavier is a journalist based in New Delhi and heads the sports desk at Newsclick.in