Human Condition On A Vivid Canvas 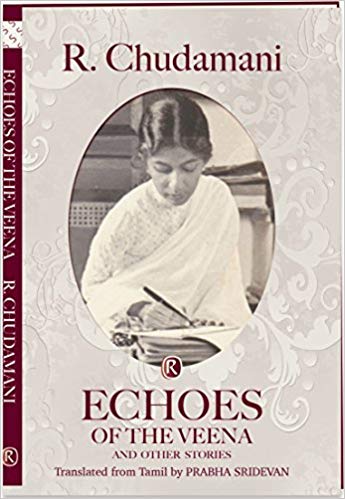 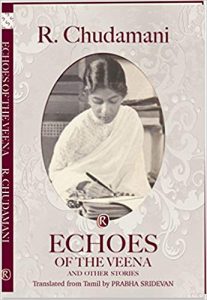 I must confess to never having read Chudamani earlier. Coming to political maturity in an age when Tamil Brahminness was considered dangerous, there seemed to be no need to read her, someone I had thought was the quintessential Brahmin writer. This is why this small book bowled me over. Delicious irony, a humanist non-judgemental gaze, pithy writing—if I could read and enjoy Jane Austen whom colonialism surely empowered to write, why could I not enjoy Chudamani? Why should not Chudamani write of the community she knew best? The question then to ask would be—is her gaze self-reflexive? Has she observed and does she write of the caste-based cruelty of the Brahmins? Does she observe the intersection of caste and gender? Does she absolve the Brahmins of their sins?

It seems to me that given the times in which she lived and wrote, Chudamani’s gaze is fair. Nowhere does she mention the terms caste or Brahmin, yet conveys a volume of feeling about the issue. Three stories specifically deal with the issue of Brahminhood—‘A Cleansing, Threads of Emptiness’ and ‘The Blue Lotus Drooped’. The first follows a priest as he acknowledges his caste disgust of the panchama boy his daughter has adopted. (It is striking that in yet another story, it is again the Brahmin woman who falls in love with the washerwoman’s five year old daughter. In both stories, Chudamani describes the Brahmin women attempting to transcend caste.) The second story has the priest losing faith in god when his daughter is tortured for dowry. The third story alone has the Brahmin clearly identified. The conductor in the bus in a Tamil town humiliates the Brahmin couple. Poetic aesthetics is mistaken for religious devotion.

The stories are sparse of words, dialogues liven the story with many voices. Each story hits you—you are barely out of the vivid canvas of one story and unready to move onto the next… She describes the human condition skilfully, moving on with sympathy for one character to sympathy for another. Just when you think Chudamani doesn’t have villains in her stories, she swats you on the head. The story, ‘A Good Friend’, revolves around the conversation between two women, one married and the other unmarried. The married one casts aspersions on the single state, indicating how unfulfilled she herself is. Though the allusion is very delicate, almost leaving you in doubt, we are instantly out of sympathy with the married woman.

Chudamani is well aware of the hostility to the Brahmin and does not hesitate to write about this. ‘He had come to take me only because he was bound to obey his employer, otherwise he belonged to the group that smashes Pillayar idols,’ ruminates the priest.

Priests, children and women—a good many of the stories dwell on their predicament in a society that is increasingly irreligious and immoral. Chudamani has an especially astute ear for the child, whether it is Vanji who is forced to leave school to care for her younger sibling, with no one to blame except a society and a state without safety nets for the vulnerable, or it is the lonely child left by her parents who like the good life and leave her to be raised by her grandparents. As the child grows, so does her awareness, but the pain does not lessen. The little servant girl who is not allowed to use the house toilet is the protagonist of yet another child-centred story.

Chudamani’s women too are remarkable; they are self-aware, whether it is the newly-wed Suganthi, in a tragic marriage to a much-older man or the priest’s daughter refusing to return to an abusive marriage, or another priest’s daughter wishing to adopt a panchama boy.

We don’t know how we hurt each other, how we learn to accept the other, how we find fulfilment in small things—the authorial voice speaks of Parvatam and Ganga dispassionately —the former subsuming her life in the role of the older sister and the latter thinking that a life lived vicariously is one with a lack of self-worth. The voice upholds Parvatam as the story progresses and the reader learns that judging someone’s self-worth is self defeating.

‘My Name is Madhavan’ was probably written at a time when there was minimal awareness of disability and the differently abled. The reader wavers between outright sympathy for the couple and the naturally thoughtless remark of the mother to the blind boy. She retrieves the dignity of the sightless boy when he turns around to say, ‘My name is not blind boy, my name is Madhavan’.

In yet another story, the reader is led through eleven pages where the lives of four families are laid bare. You wonder what Chudamani really has to say when out of a seeming description of mundanities, the yesteryear actress is suddenly revealed among the four families, and you catch your breath.

‘I am Meenatchi’ is this wonderful story of the coming of age of a girl—looking at her mother’s life (which of us hasn’t) and deciding on the brink of a precipice (her forthcoming wedding) that she will chart her own life.

This is a gem of a book—the perfect gift to buy for a friend. The translation is superb. Never once does Chudamani’s voice falter—not that it did in the original, but that it continues to be steady in the translation is a tribute to the skill or passion or both of the translator.

Gita Ramaswamy is a publisher and writer.

The Salt Doll, an iconic work by the late Molly Daniels Ramanujan, is set in the lush Kerela landscape. It speaks of separation at various levels with compassion, a celebration of life, rich and powerful.