Understanding the Kashmir of Today 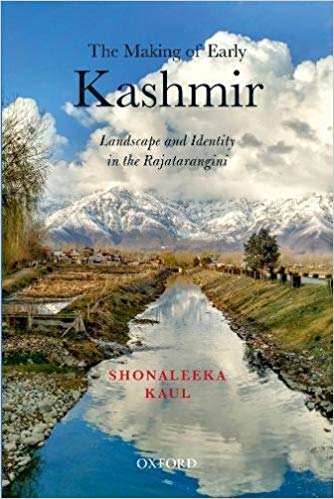 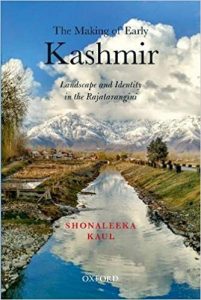 Kashmir has often figured in our recent news reports, mainly for the well-known political developments preceded by violence there since last year. Media and academic studies of the region have also increased. But, their historical dimension largely remaining confined to the last eight or so decades, has inevitably affected their conclusions.

The present book looks back to a wider perspective, now largely ignored. It is, in the author’s words, ‘a cultural history/anthropology/geography of early Kashmir’. It is an attempt, she says, ‘to identify and interpret the values and meanings associated with the region’. The period covered in it is till the 12th century. Thus it stops almost a thousand years before the present, which also leaves much uncovered. But a relevant point from her preface is worth reproduction here. It is as follows:
‘Indians know so little about Kashmir, no doubt the result of its complete absence from school and university curricula. The world knows even less, and perhaps only the tales of violence and strife…. for the last 30 years. However, and undoubtedly the saddest of all, many young Kashmiris in the Valley today, reared on a schizophrenic narrative, seemed to know or care the least about the rich origins and legacy of their land.’

She hopes that her book can help turn ‘our collective attention back to the ancient history of a region that once spearheaded virtually all intellectual and cultural movements in the Indian subcontinent’. Kaul’s attempt is ‘chiefly through the medium of an iconic textual representation composed by a Kashmiri in 1148 CE, Kalhana’s Rajatarangini’. She points out that ‘it gave rise to at least three sequels by other Kashmiris over the next four tumultuous centuries of Kashmiri history and was still regarded as the foremost representation of that land by Abul Fazl’ after the Mughal empire arrived there in the 16th century.

Kalhana’s work was also regarded similarly after the British arrival. This text has had several learned translations since then, and often been considered the best history of an ancient region in classical Sanskrit. Its translation by RS Pandit, with an introduction by Jawaharlal Nehru, who was his brother-in-law, gave it further attention in modern India. The present book’s author, an academic specialist in both its particular subject and original language, also looks at it as an example of ‘how kavya adopted and adapted local Kashmiri motifs, locales and content’ as a regional expression and critique of local politics, and also ‘a foray into folklore and local oral traditions’.

Her examination, she points out, has three dimensions: space, time, and a combination of the two. It attempts to clarify ‘our understanding of the genesis and cultural composition of a region long subject to scholarly and political assumptions, and clichés.’ The book also has interesting references to what the author calls cultural markers ‘for studying the links between Kashmir and the Indian subcontinent’. In her opinion, Kashmir ‘shared, and indeed spearheaded, movements in the worlds of both Sanskrit literature and assorted Indian faiths.’

The contribution of Kashmir to Sanskrit literature is little remembered today. Apart from Sanskrit poetics and dramaturgy, it also extends into diverse areas, from history and poetry to medicine and satire. Overall, the author has cited numerous distinguished writers from Kashmir, stretching from the 7th century Vamana to the 11th century Anandavardhana and Abhinavagupta, with important contributions to the science of poetics. Also referred to is the poetry of Ksmendra and Bilhana, though the former’s brilliant social satires, relevant to such a study, are not mentioned.

In the field of religion the author has referred to the important association of Kashmir with Buddhism. She has mentioned great names there from Buddhist philosophy like Nagarjuna and Vasubandhu, also the fourth Buddhist Council held in Kashmir by the Kushana King Kanishka and the role of Kashmiri monks like Kumarajiva and Vairochana in the dissemination of the faith in China, Tibet and Central Asia. She also describes the mystic Trika aspect of Shaivism and its all-India contribution that needs more study.
Also covered in this book are the geographical and social aspects of Kashmir’s association with the rest of India. The former are illustrated with interesting maps and the latter with pictures of gold and other coins from Kashmir found in further areas. There is also mention of ‘a potentially mixed bag of individuals coming to Kashmir from outside in pursuit of their vocations’—students from Gauda or Bengal, graziers from Khasa or Nepal, traders from Takka or Haryana and Punjab, and magicians from Dravidadesa or the South. The book’s chapter on ‘(Re) locating Early Kashmir’ provides numerous interesting details little known today.

The book is thus deserving of perusal by an audience wider than specialists, despite its scholarly presentation replete with learned quotations and somewhat recondite language. Kashmir needs now to be seen in a wider and longer perspective than that of a timeframe often beginning only since 1947. Hopefully this book will lead to further studies in this direction.

The sequels of Kalhana’s Rajatarangini, all with the same name, have already been mentioned above. The first two are the works of respected later Kashmiri scholars, Jonaraja and Srivara, from the 14th-15th century, and have only a footnote reference in the present book. The first covers Kashmir’s history from Kalhana’s time to the establishment and spread thereof of Islam and subsequent developments. The second describes growth and cultural synthesis during the reigns of earlier Muslim rulers like Zainal Abidin. These could form the basis for continuation of studies like the present one to provide a better understanding of Kashmir today.

A.N.D. Haksar is a well-known translator of Sanskrit classics. His latest is A Tale of Wonder, the first translation of the 15th century Kathakautukam by Srivara, also from Kashmir, appeared as a Penguin Classic earlier in 2019, following his translations in the two preceding years of famous works, Ritusamharam by Kalidasa and Three Hundred Verses by Bhartrihari, (see The Book Review Vol. XLIII, No: 7 July 2019).