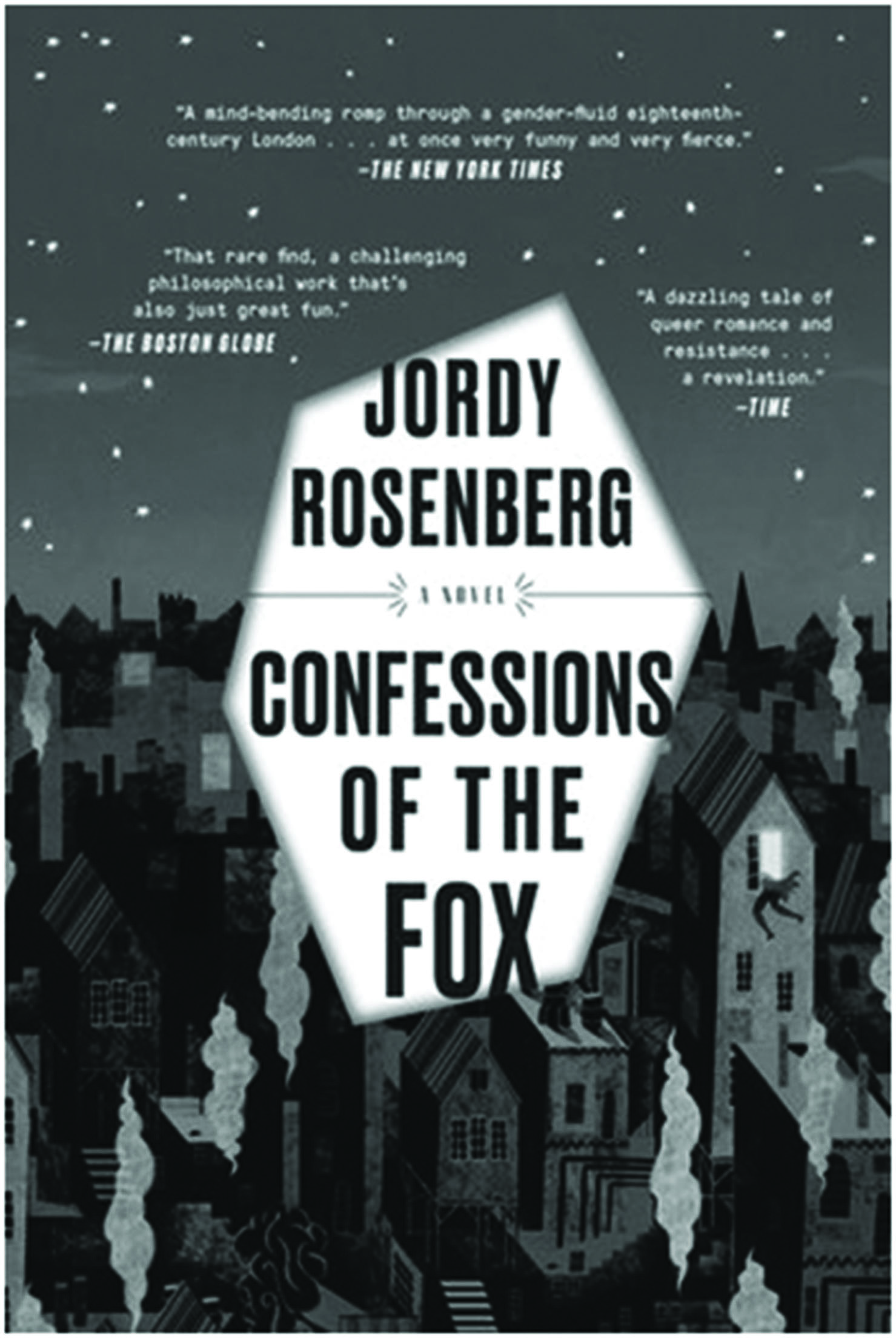 This novel—and I’m using this classification as a temporary placeholder for an increasingly unstable yet resilient genre—is about a chanced upon manuscript dated 1724 which carries the confessions of Jack Sheppard, ‘an English folk hero and jail breaker’ in eighteenth-century London. This is a London that offers a counter to historical literary imaginaries of a ‘uniformly white city’ and is presented as one that is ‘shaped through centuries of Black and South Asian communities and labor’. Sheppard’s trans identity, training as a carpenter, heists, fugitive exploits, friendships, betrayals, incarcerations, and most importantly his relationship with Edgeworth Bess—a Spinoza reading sex worker of lascar descent who is his lover, partner in crime, ethical compass, political comrade—are what constitute the confessions. The manuscript contains the stories of Jack and Bess’s tender and charged erotica, their rebellions against an imperial penal administration set in the backdrop of a racialized plague scare in a highly securitized city that is forcing sex workers and non-white labourers into quarantine. Jack’s quests lead to his arrest but he lives to tell the tale after performing a miraculous escape from the gallows. But Jack didn’t know how to read or write. So who recorded his Confessions? And how did it reach us—those reading Confessions of the Fox (Confessions) in 2018?