A Parable Of Our Times 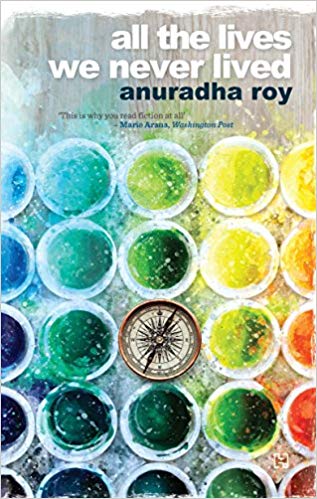 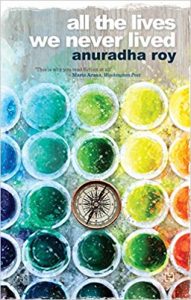 All the Lives We Never Lived is to be read with great pleasure at the sheer beauty of the prose and with deep attention to the delicate emotions of the characters. A highly dramatic beginning hooks the reader’s curiosity immediately. ‘In my childhood, I was known as the boy whose mother had run off with an Englishman. The man was in fact German, but in small town India in those days, all white foreigners were largely thought of as British.’ It is the story of Myshkin, hurt and bewildered for a lifetime, and his mother, Gayatri, who loved freedom from domestic constraints more than she loved her son—possibly. For the story isn’t a simple one of cause and consequence but highly textured about relationships, history and culture.

The mother is an arresting figure, unconventional, attractive in a rebellious sort of way, and surely a throwback to the ‘jazz age’ of artistic exuberance. ‘My mother didn’t care how she looked, yet she was always striking, dressed up or smeared with colour across her forehead. When she painted sitting outside in the sun she wore a wide-brimmed straw hat with red ribbon into which she stuck flowers, paintbrushes, feathers, whatever caught her eye. None of my friends had mothers who wore a hat or climbed trees or hitched up their saris and rode a bicycle’ (p. 10). Though the story is set in India of the 1930s, it recalls the legacy of figures such as Gertrude Stein, Alice B Toklas, Zelda Fitzgerald and other such women in history who fashioned themselves as hedonistic, independent and self-determined.

The personal narrative of Gayatri Sen is largely imagined by the narrator. It evolves as a novel of memory, considering that Myshkin is writing this when he is about sixty and still puzzled by his mother’s departures. A bundle of letters arrives and he is afraid to open it up because the imagined tale of a vivacious mother may be more romantic than a mundane account spilling out of these papers. He knows that memory can play false and is afraid of being compelled to choose between real and imagined scenarios.

In fact, Gayatri’s land of exotic travels—Java, Bali, Singapore—come through two sets of letters, one to her son, the other to Lisa received by Myshkin from her inheritors (p. 215). To the son: ‘One day you will come here and you will see. There are volcanoes and springs, rivers and seas and temples cut from stone. There are foxes that can fly’ (p. 154). To Lisa is an alternate voice in the exchanges among women who share concerns about love, loyalty, relationships, betrayal and adult sentiments. Myshkin therefore shifts constantly between the timeframes of his childhood and old age, juxtaposing the absent mother from memory to the one revealed by her letters to a friend. In one Gayatri says sadly, introspectively, ‘Tell me that you understand. I did no wrong other than in my own head. Doesn’t everyone? I destroyed no families, not in the way I might have if I had stayed’ (p. 263).

One thought remains haunting and that pertains to the dysfunctional relationship between Gayatri and her sombre, dull husband who can’t see the fun of dancing and singing and chucking out the domestic routine. He asks: ‘Have you any idea how tolerant I am? I despair sometimes. Everyone admires me as a progressive man. Allows his wife every freedom, they say in my staffroom, lets her do anything she pleases .…’According to Myshkin, ‘My father’s bewilderment was genuine; they were like two people stranded on an island together with no common language’ (p. 36). In reading this one is reminded of the line of great novels about good men who are dull husbands, such as in Anna Karenina, Madame Bovary, or The Golden Bowl. However, unlike these classics, All the Lives We Never Lived is not projected on an epic scale of picturizing an ethos but etched on the fine texture of a miniature painting. The prose has a mesmerizing delicacy, a quiet yet vivid burst of words and images, eg., ‘Barbed wires of white streaked through the black sky… The rain came like curtains of broken glass’ (p. 138).

The novel brings together real as well as fictional characters. The imaginary Gayatri Sen desiring to dwell in the world of art, artists and the esoteric in East Asia, has her life intertwined with at least five actual people appearing in this novel: the artist Walter Spies, ballet dancer Beryl de Zoete, writer Rabindranath Tagore, the singer Begum Akhtar, and the horticulturist Alick Percy-Lancaster. Dovetailing the cameos in this liminal space, the historical setting is just after the 30s and the period of World War II.

The mother who runs away from the sacrosanct family with a stranger, that too a foreigner, is the stereotype of the ‘fallen woman’ in traditional Indian parlance and that is the label and the recall that Myskin has to live with till his old age. But growing up with literary sensibilities he finds a parallel with the tale of the Bengali writer Maitreyi Devi’s turbulent relationship with the Romanian philosopher Mircea Eliade in Shantiniketan. This part of Roy’s novel is not necessarily about romance but about the intellectual attraction that drew many women and men away from the domestic model of fulfilment. Indirectly, it is a comment on interracial friendships which liberated certain individuals in the 1920s and 30s who were discovering freedom from convention in some educational or quasi-religious places in India. One could look back to the narratives about Sister Nivedita and Swami Vivekananda in an earlier generation, and Mirra Alfassa and Sri Aurobindo, and Madelaine Slade and Mahatma Gandhi later.

This is Anuradha Roy’s fourth novel and perhaps her best though Sleeping on Jupiter was long-listed for the 2015 Man Booker prize. The maturity of sentiments is remarkable. The understanding of human desire, specially of an artistic woman wanting to flee the fetters of convention, and the angst of an elderly man who is yet to recover from a childhood trauma are a pack of intense subjects for a plot, yet skilfully blended into a page-turner.

Malashri Lal is former Professor, Department of English, University of Delhi, and current Member of the Sahitya Akademi’s English Advisory Board.