A Party To Contend With 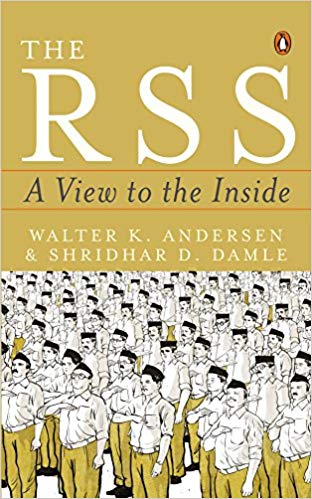 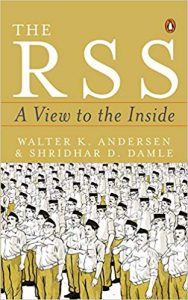 The Rashtriya Swayamsevak Sangh (RSS) is ideologically driven, has a strong and complex organizational structure and is demonstrably the most powerful non-government organization in present-day India, with a determining influence in cultural and political life. In terms of its appeal and reach across social and geographical boundaries, both its growth and expansion have been phenomenal. Yet, it remains inexplicably mystifying and beyond the reach of those who wish to understand its unfolding strength objectively.

The literature on the RSS can broadly be classified into two kinds. The first constitutes the texts, originally written by its own leaders and ideologues. And by virtue of its origins, it stands crafted as part of the political strategy meant to propagate the organization’s ideological positions, directed at sharpening the nuances of what it stands for. The second kind, in defiance of its great internal diversity, carries a shared orientation to expose the RSS’s ideological ambition and its menacing potential. This body of literature representing the perspectives and standpoints of the RSS’s critics offers a theoretical critique of its ideological stance and ensuing politics. The critics’ accounts tend to knit a narrative of the Sangh’s historical evolution, and its rather ‘controversial’ role in some of the most momentous events in our recent history. A good part of this literature offers an account of the critical assessment of its core agenda of making India a predominantly ‘Hindu nation’ and its ramifications for a burgeoning liberal democratic polity in India.

What goes missing is an empirical-ethnographic account of the present-day RSS. As the RSS’s growing influence in the political establishment has unprecedented effect, an ethnographic account of how its present-day leadership marks a departure from its rather ‘rigid’ ideological one in the past and also how it deals with the rapid changes that social and political institutions are passing through is of great significance.

It is in this context that Walter K Andersen and Shridhar D Damle’s book, The RSS: A View to the Inside, is welcome. It provides an account from inside the RSS’s organizational thinking and practices. They suggest that the book is best read as a sequel to their previous book on the subject titled, Brotherhood in Saffron: The Rashtriya Swayamsevak Sangh and Hindu Revivalism, published in 1987 which provides an illustrative account of the Sangh’s historical evolution, its milestones of departure and moments of return to the ‘original’ ideological thinking, and the nature of its evolving leadership. The key thesis of the book was reckoning the RSS’s departure from its ‘original positions’ framed in its heyday and widely taken as ‘dogmatic’. The authors provided a set of illustrations on how the RSS of the 1980s had shown ‘willingness’ to embrace a broader and flexible outlook towards the plurality of Indian society and accordingly sought to revise its ‘original’ positions.

Andersen and Damle now return to their subject to assess its phenomenal growth and the political might it has acquired since then and the consequent churning within. The book seeks to engage primarily with the question of how the RSS over the last three decades has distinctly assumed a pivotal role for itself in contemporary India’s political and cultural life. To the authors, this question needs to be addressed at two levels—one at the level of the growth of the organizational strength in terms of its reach to different constituencies, through proliferation of its affiliate organizations sharing allegiance to the RSS. Here, the RSS comes as a conglomerate of three dozen organizations, both based within India and abroad, which enjoy operational autonomy but are bound together by ideological allegiance. This relates to the question of what lends coherence to the broader RSS family. At the second level, the book undertakes some of the most contentious positions of the Sangh to discuss its contemporary positions. These questions are framed in the political and social context of the post 1990s coinciding with the opening up of the Indian economy and demolition of the Babri Masjid and its fall out. The book hypothesizes that organizational expansion and evolving positions on contentious issues are related.

The book discusses a range of issues, which have traditionally constituted the core agenda of the RSS such as––‘Indianizing Education’, ‘Protecting the Cow’, ‘What is Hindutva?’, ‘Ghar Wapsi’ (Home Coming) and ‘Ram Temple in Ayodhya’. The authors try to show how the different affiliates of the Sangh tend to take different positions on these issues, based upon their own ideological positions and from the standpoints of their core constituencies.

By discussing the roles and positions of the Swadeshi Jagran Manch (SJM), Bhartiya Majdoor Sangha (BMS) and Vishwa Hindu Parishad (VHP) on issues of economy, trade unions and cow protection respectively, the authors try to show internal tensions within the family. With meticulously selected examples, they demonstrate how different bodies enjoy relative autonomy to deal with and address the interests of their respective constituencies. This is an important observation and could cast light on the internal thinking of the organization. However, it is here that a curious reader wishes that the book had offered more illustrative accounts of the affiliates, particularly on the aspects such as the nature of their leadership and the extent of their involvement in the proclaimed cause. Further, an illustration of their independent standpoints on policy or political positions could help understand the nature of this relationship. Such illustrations could form the supplementary questions, which if addressed, could unravel the nature of the RSS’s conception of affiliate organizations.

Surprisingly, the authors do not develop the profile of any of the affiliate organizations by furnishing details of how these arms are governed, or the degree of autonomy they enjoy to make public pronouncements. Therefore, the authors’ observations that the RSS holds a flexible attitude to its affiliate organizations towards enhancing its social inclusiveness stand as an unsubstantiated claim. Interestingly, the authors’ claim seems to emerge from the impressions of the RSS leadership to which they seem to have greater access. In fact, it is the perspectives of the RSS leadership which dominate the book.

As part of their attempt to unravel the ideological churning within the organization, the book discusses some of the recent political decisions such as government formation in Goa, and the coalition with the People’s Democratic Party (PDP) in Kashmir in the light of the political ascendance of the BJP. Capturing the reins of political power is central to the Sangh’s strategy. The authors here make the argument that the RSS has travelled a long distance towards achieving its ideological vision.

Rabi Prakash is a Ph.D. Candidate at the Centre for the Study of Social Systems, School of Social Sciences, Jawaharlal Nehru University, New Delhi.