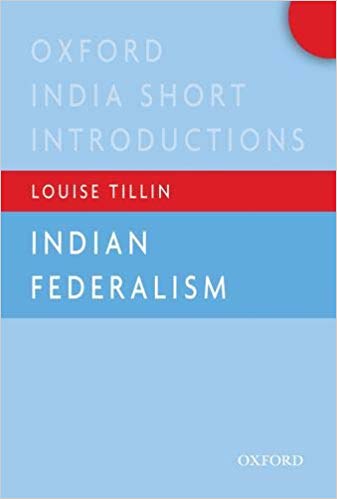 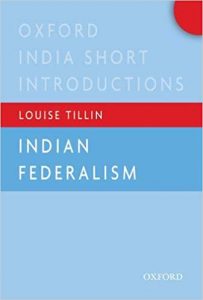 The Constituent Assembly of India, after two years, eleven months and eighteen days of intense debates, came up with the final draft of the Constitution which proclaimed India as a sovereign democratic republic. While the terms ‘secular’ and ‘socialist’ were later added to the Preamble (which is non-Justiciable by law) by the 42nd Amendment, the word ‘federal’ was eschewed.

During the Constituent Assembly debates, Professor KT Shah moved on 15 November, 1948, that the phrase ‘Secular, Federal, Socialist Union of States’ be added to Article 1 of the Constitution, which otherwise stated that ‘India, that is Bharat, shall be a Union of States.’ Dr. BR Ambedkar rejected the motion. Even so, the expression ‘Union of States’ was not intended to imply a predominantly ‘Unitary State’ by any stretch of imagination, only that Indian federalism is not a separation model like the USA or Switzerland, but rather an integration model where the Union is indestructible (component units have no right to secede) although the States are not (the boundaries of any State can be altered and new States can be formed). However, the overarching definition of federalism as a political contrivance that seeks to combine self-rule and shared rule, or reconcile regional autonomy with national unity, still applies to India’s federal model.

Nevertheless, ‘flexibility’ being the hallmark of India’s hybrid model of federal governance—as evident from Dr. Ambedkar’s objection to Professor Shah’s motion—the relative significance of shared rule versus self-rule or regional autonomy versus national unity during a particular period remains subject to partisan dynamics, particularly the party constellation at the Centre. To compound the puzzle, centralizing or decentralizing dynamics in the management of public policy vary widely across three dimensions: the political, fiscal, and administrative, even within a particular phase of intergovernmental interactions (Sharma and Swenden 2018).

It is this flexibility, and consequent variations across time, territory and policy issues, that pose challenges to capturing the nature of federal dynamics in India, some of which are evident in the Oxford India Short Introductions on Indian Federalism. Nevertheless, the author, Louise Tillin, has made a laudable attempt to wade through bewildering complexities and present the book in a comprehensible manner, rather than delivering a disorderly jumble of indigestible information. She achieves this, in part, by dividing the subject matter into four chapters, but also by omitting discussion of some complex and contested matters, such as the judicial dimensions of India’s federal system, the theory and practice of fiscal federalism, and greenfield topics like paradiplomacy.

The Introduction succinctly explains India’s federalism as a centralized, yet flexible, model with a strong degree of Centre-State interdependence. However, the author’s assertion that over time, as a result of economic and political changes, India has become ‘genuinely federal’ (p. 5) implies almost axiomatically that India’s centralized model prior to the 1990s was not authentic. This view contrasts with Indian scholarship on federalism, which believes that between 1989 and 2014 India witnessed dysfunctional regionalization rather than a move towards federalization (Singh 2019). Even if one discounts this view, certainly in view of the remarkable stability of the coalition governments since 2000, the use of ‘genuine’ to describe post-1989 federalism overstates what happened after 1989 and understates the achievements of the federal design and processes in place until then.

‘Constitutional Design’ begins with an excellent account of the circumstances which led to the evolution of India’s centralized yet flexible model of federalism. However, the smooth ride turns bumpy when we confront the question of whether to call this model ‘cooperative federalism’ or something else. The author appears to struggle to make sense of where the ‘flexibility’ of the Indian federation takes us: to coercion, cooperation, collaboration, or accommodation. The statement that the Constitution envisaged ‘intergovernmental collaboration’ (p. 32) has been inferred from the preceding paragraph on intergovernmental transfers channelled through the Planning Commission and the Central Ministries. However, these transfer mechanisms are not even enshrined in the Constitution and are often considered by scholars of India’s political economy as the bane of Indian federalism (Sharma 2017). Nevertheless, the author gives an impression that the Centre’s entry (or encroachment) into the States’ domain was to achieve some high ideal of national coordination and preservation of national unity and hence is an illustration of collaboration. The assertion and the reasoning are both fallacious. The author ignores the maxim that the Constitution is what the Judiciary says it is and largely misses an opportunity to make use of case law to steer through the elusive nature of intergovernmental interactions in India.

The section on ‘Territorial Representation’ within the first chapter is quite strong and insightful. The portrayal of the Council of States (Rajya Sabha) as a weak forum of representation of regional interests because its territorial pattern of representation mirrors the House of People (Lok Sabha) is very well made (p. 38). However, it is not clear whether the ‘impossibility’ of moving to a system of equal representation of States in the Upper House is due to the pressure from politically powerful States, as the author argues, to a lack of political will of all parties that have ruled the Centre so far, or simply because the Founding Fathers never intended to design the Rajya Sabha in a manner that would cast it in a strong-States framework. Indeed, the amendment moved by Loknath Mishra, who proposed to assign equal representation to each State in the Rajya Sabha on 3 January 1949 was defeated.

In ‘Federalism and Diversity’, Tillin presents an engaging analysis. The 1956 linguistic reorganization which created fissures amongst linguistic communities based on caste, class, sub region, etc., paradoxically strengthened national unity; the 1967 compromise over the national language, which removed the threat of imposition of Hindi over non-Hindi speaking States, eased strains on India’s multinational federation; and the ability of the Union to alter boundaries and form new States has led to the accommodation of diversity in a way that has contributed to the strengthening of the federal elements of India’s Constitution. The chapter discusses the different levels of autonomy granted to States like Jammu and Kashmir, Nagaland and Mizoram. However, accommodation of religious minorities has been marred by the use of repressive state apparatus.

‘Governing India’ is another chapter with insightful analysis. It traces the impact of political changes since Independence on the operation of Centre-State relations. However, this chapter again falls short of taking a nuanced view on cooperative federalism in India. For the author, cooperative federalism and even intergovernmental collaboration simply imply the Centre and States working together to achieve national goals. In other words, if one or more State governments do not fall in line, it would be an instance of uncooperative federalism. However, the author laments the absence of a well-developed architecture for intergovernmental coordination and dialogue in India. This lacuna, in the wake of the rise of the multi-party coalitions at the centre, led, in the author’s view, to the inversion of the pre-1989 understanding of cooperative federalism. Did it lead to competitive federalism, a more ‘genuine’ form of a decentralized federal polity (p. 99), or cooperative federalism with a different format? No clear answers emerge from the analysis (for interesting musings on the opportunity of increased collaboration opened up by the coalition era, see Sharma 2015). The chapter ends with a short discussion on re-empowerment of the Centre and highlights the return of the use of ‘cooperative federalism’ as a rhetorical device that asserts the Centre’s primacy in setting the policy agenda and incentivizing States to compete with each other to achieve national goals.

‘Federalism and the Economy’ demonstrates the rise in the role of the States in governing the economy after the dismantling of centralized economic planning, leaving to the Centre the task of ensuring fiscal discipline at the State level. On the one hand, economic liberalization has enhanced the autonomy of the States and competition among them to attract investments, but on the other hand it has deepened inter-State divergence because States do not compete on an equal basis. The chapter makes passing references to the implications of the Fourteenth Finance Commission and indirect tax reforms in changing federal dynamics in India. However, the author does not engage meaningfully with the evolution of fiscal federalism since Independence, nor does she engage with the research that correlates the changing Centre-State political dynamics with Centre-State fiscal politics. This is a serious omission, because intergovernmental fiscal and financial relations are the lifeblood of a federal system. Furthermore, neglect of the greenfield research area of paradiplomacy, or subnational governments’ rising international engagements in the post-reform period, is another glaring oversight.

Overall, the book makes for an interesting read and, like most of the Oxford India Short Introductions, is written in a concise, stimulating, and accessible manner. It will appeal to lay readers as well as experts, or to anyone interested in knowing about different aspects of Indian federalism.