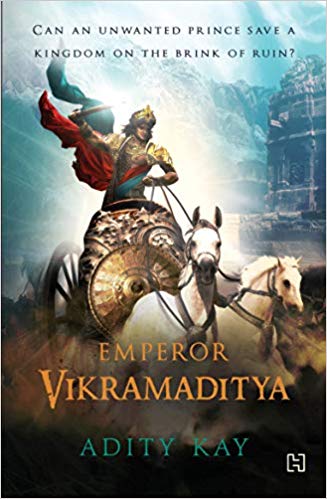 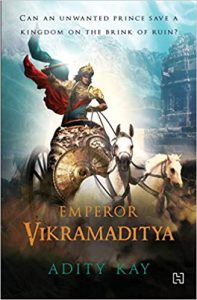 When a child thinks of a king, myriad images come to mind—of extravagance, of power, and of majesty. However, very rarely does the image of inner struggle strike the child’s mind: she may image a king to be invulnerable, or automatically capable of making perfect decisions. Therefore, any narrative of a king that also portrays his struggles, dilemmas or vulnerabilities is an eye-opening encounter for a child. One such narrative is Adity Kay’s Emperor Vikramaditya, the sequel to Emperor Chandragupta, that illuminates the inner conflict of duty against personal security that haunts Chandragupta Vikramaditya. With a lineage of great men behind him and an unwieldy and fragile empire to defend, ‘Chandra’ faces the risk of being just another soldier taking orders from his volatile and jealous brother. The book follows his actions in the face of political conflict and inner struggle, and the life lessons that emerge from them. We see a human face behind the historical figure, his difficult journey through the highways of history, and realize that he was like us. It can be empowering for a child to learn that all greatness is forged on the anvil of very human fears, doubts, and uncertainties.

Kay depicts a subcontinent that is now all but lost to us, which is challenging for a work of historical fiction. By alluding to the infamous Shaka invaders and Naga hill tribes, the book brings forth names of nations, peoples, and places as a brilliant method of familiarizing young readers with the power centres of India during the Gupta period. Large parts of the book are clearly the product of imagination, which one would expect when dealing with a time period that has relatively so little to show for it in terms of historical evidence.

Chandra himself is idealized and his conflicts are easily resolved, but their validity remains, and the questions he raises are pertinent in the life of any leader. This idealization, as part of Kay’s style of narration, fits the subject matter and the coming-of-age aspects of the book, though it can make the interest of the reader waver, given that Chandra is portrayed to be wise enough or clever enough to overcome every one of his obstacles, thereby partially contradicting the idea of character conflict altogether.

Instances like Chandra’s first encounter with Kalidasa plunge the reader into the politics of a long-forgotten age, whose circumstances, as Kay shows us, still give us much to learn from. I do wish though that Kay had better balanced the Show Vs Tell ratio of the narration to render this moment, as well as many others, livelier and more dramatic. Although the book encapsulates a world wherein Kay moulds obscure personalities such as Kalidasa and Samudragupta into more relatable characters for a modern audience, the focus on character development seems secondary to action. The text is weighed down by a linear, somewhat stolid narration that veers between the archival/historical texture and the dryly interesting.

Kay’s attempt to vivify a historical figure, though salutary, might have been far more appealing, had a complex sense of delight, wonder and enigma been generously added to the mix of the tale. Considering that this is an offering for young readers, a little lightness of touch may have lifted the prose from the mostly denotative to the somewhat heightened imaginative treatment that such subject matter demands. Having said that, it remains an excellent way of introducing this part of Indian history to anyone, as well as an acceptable introduction to historical fiction writing for young readers.

Armaan T Verma reads and daydreams at the University of Edinburgh and occasionally graces the lectures on English Literature. He also has two children’s books based on Greek mythology and the Ramayana respectively, to his credit, written in fits of youthful creative energy at ages 11 and 15.