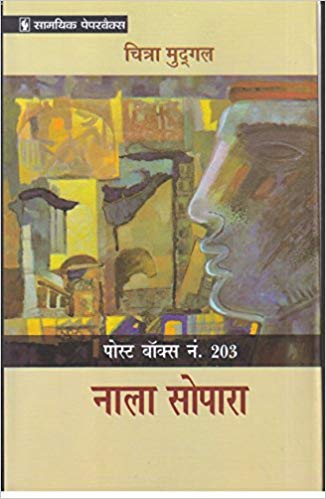 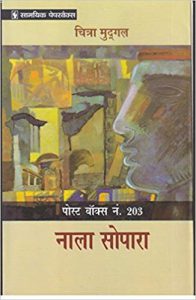 In Nala Sopara: Post Box No. 203, a trailblazing Hindi epistolary novel about the insensitivity of the society towards hijras (transgender), the Sahitya Akademi Award-winning writer, Chitra Mudgal, takes us into the life of a young transgender, Vinod, who challenges the notions of the homophobic society at great personal cost. An immaculate storyteller, Mudgal highlights not only the silences around the complexities of gender and sexuality by mapping out the constraints and effects of the complex ways in which transgender people experience their bodies, but also the ‘policing’ of gender in family and public spaces. Alluding to Pierre Bourdieu’s and Stuart Hall’s views on representation as a discursive process by which representatives shape the group they claim to represent, it can be said beyond doubt that instead of being spoken about by Chitra Mudgal, the protagonist Vinod speaks for himself and his hijra community and herein lies the emancipatory potential of the novel as it allows the advent of ‘new subjects [and] new genders … hitherto excluded from the major forms of cultural representation … the means to speak for themselves’ (Hall 34) and to vindicate their life choices.

The novel is premised on the politics and poetics of transgender alterity as an important node around which the writer constructs a new real and imagined community. In the novel, speaking from the position of the excluded, Vinod interrogates the discourse of heteronormativity that produces precisely these exclusions and the letters to his mother become a site of resistance from which alternative models of subjectivity can be generated. This novel is an aesthico-ethical touchstone for understanding the dysfunctional dialogue that exists between the people whose gender lie beyond the polarized female/male boundaries and the widely held beliefs about gender. Mudgal engages with the epistolary form of the novel as a semiotic process and strategy to transform transgenderism into the commensurable—a key to the private world of Vinod’s consciousness.

Binni, Bimili or Dikara: the many faces of Vinod or are they? Even looking at his life it is hard to tell. The life of Vinod unfolds through a series of letters that he writes to his mother, Vandana Ben Shah, for over six months from multiple locations in Delhi and Chandigarh. The crisis in Vinod’s life starts when he learns that unlike other boys he cannot urinate while standing against a wall or tree, that is, he was born without the male anatomical marker, a penis. This realization leads to a long period of his trials and tribulations. Soon he is forcibly taken away by a group of eunuchs. Barring Vinod’s mother, the family dissociates from him altogether by spreading the rumour about his accidental death. However, Vinod finds it extremely difficult to put his mother out of his mind and he makes telephone calls to her. But she cannot speak to him without the permission of other family members, so she takes a post box on rent and asks him to send letters to Nala Sopara Postbox No. 203. She receives letters almost every day but she hardly writes, as she cannot withstand the social pressure. She knows that if this secret is unravelled before society, she will be harassed, her family will be disgraced and the society will not accept her other children. Vinod becomes an unwitting victim of the prejudices of the homophobic society for no fault of his, but s/he does not wallow in self-pity or anger. S/he converts all his anxieties and angst into missionary zeal to fight for the rights of the hijra community. S/he questions the idea of reservation for the hijras because the family and society cannot absolve themselves from the sin of homophobia by merely giving doles to the abandoned and marginalized hijras. Instead s/he wants legal punishment for parents who forsake their sexually variant children. When Vinod is at the cusp of becoming a transgender spokesperson, activist and leader, s/he refuses popularity and visibility as s/he encounters the apathy of his political friends and mentors who merely wanted to draw electoral mileage from his transgender identity. Distressed by the insensitivity of the society and the indifference of the political class towards transgender, Vinod finally relinquishes his somewhat ‘successful life’ and plans to go and meet his mother.

The novel reveals how the transgendered and transsexual people are subjected to pathologization and violence. The graphic description of the violent rape of Vinod’s hijra friend, Poonam Joshi, by the nephew of the powerful MLA and his friends captures the ambivalence of the postcolonial nation-state in a globalized world, where coercive defences of heterosexual code and of heteronormative prejudices, behaviour and tradition do not square with the tenets of liberal democracy. This incident not only brings the disruptive intensity of heterosexual violence into the open, but also reveals a strong desire among heterosexuals to commensurate their sexual identity as the only ‘normal’ or valid one. Assaulting Poonam Joshi, they say, ‘Show yourself! We have not seen the genital of a hijra. Let us also see the difference between the real and fake woman’ (p. 203). This exemplifies the violent nature of heterosexual triumphalism affected through a performative act of sexual interpellation. But Mudgal takes care that she does not turn Vinod’s and Poonam Joshi’s misery into a fetishizing spectacle and transgender misery porn. In fact, Mudgal’s enunciation trains the readers in ‘compassionate practice’ (Berlant 11).

As a corrective to institutional and cultural neglect of transgender lived reality, this novel is an amazing ‘archive of feelings’ (Cvetkovich 7) in the form of letters that serves as a repository of transgender emotions which was not yet available to readers. Through these letters, one can understand how the hijra thinks of his alterity as part of a larger web of belonging. A writer extraordinaire, Mudgal indicates her metacritical slant in the novel’s paratexts in the form of two newspaper clips: ‘maafinaaama’ (‘a deceased mother’s letter of apology and an appeal to her hijra son to return back’) and the report of an unclaimed dead body of a hijra. The first paratext, maafinaama, is a letter written by the ailing Vandana Ben Shah to her son asking him to return home so that the family can make amends for the past injustices that they had inflicted on him. The mother breaks her long silence by publicly acknowledging that her son is a hijra and she wants to accept him as he is. Thus, the novel enunciates that a woman should be entitled to her womb and her children, and this should be the rallying point for both women and transgender groups if they desire to achieve complete autonomy from the homophobic, patriarchal society. Although the second paratext does not name him, the readers can surmise that Vinod had been killed in the clashes between two gangs of hijras.

Mudgal’s narrative is a significant aesthetico-political intervention in the creation and negotiation of transgender formations. As the site of ideological and ethical contestations, the novel is a form of dissensus, which challenges the existing order, the existing distribution of the sensible (Ranciere 13). The rationale for the public acknowledgment of the identity of the hijra at the heart of Mudgal’s novel is premised on the rights of the hijra to be recognized and counted: ‘as a livable life and a grievable death’ (Butler xiv-xv). The novel is not only a polemic for justice and change but also a site of trans activism.

Berlant, Lauren. Compassion: The Culture and Politics of an Emotion, London and New York: Routledge, 2004.