In The Context Of His Times 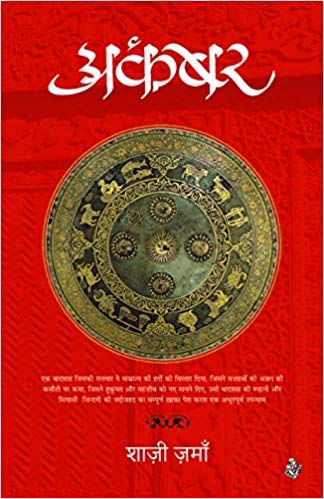 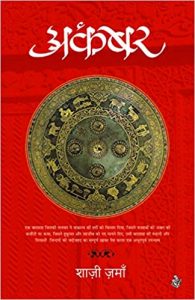 The book under review here is not just one of the many narratives available on the life of Mughal Emperor Akbar. Instead Shazi Zaman’s Akbar deftly treads on the line that demarcates historical facts and fiction. It is difficult to categorize the novel as a work of Historical Fiction, because the narrative encapsulates a vivid account of the reign of Akbar by careful amalgamation of historical facts with fanciful legends (also recorded in history). The narrative of the novel begins in media res and takes a non-linear trajectory. The readers are introduced to the most famous, endearing and celebrated figure in the history of the Mughal Empire, Emperor Akbar. The character of Akbar is the lynchpin on which the novel rests, but the strands of the narrative beginning in media res takes the readers beyond the life and reign of Akbar after unveiling several layers of history of the Mughal empire and Timur dynasty. This multi-structure leads the reader to explore the riveting tale(s) of origin of the Mughal Empire through an informal humane lens where the historical figures and characters are painted with a touch of grey, thereby endowing them certain dimensonality. Shazi Zaman sets the focus of the literary and historiographical lens in a way where he attempts to zooms into the lives and minds of the Mughal Emperors. Akbar despite being the focal point of the novel, is still a figure whose story as the great sovereign needs to be told via the lives of his ancestors (Babur and Humayun) and origin of the empire he was ruling. Zaman unfolds the familiar story of Akbar’s life and reign in a manner where all hues of human emotion starts floating on the surface while carefully aligning it with historical facts and popular legends. The novel appears as an encyclopedic account of Mughal history starting with the reign of Babur, delineating the roles of historical figure and characters who despite having a significant role in history are often forgotten in the popular historical retelling and discourses.

The novel opens in the year 1578 of Akbar’s reign and the first scene elaborately sets the tone and colourful backdrop for gradually narrating the tale of Akbar’s evolution as an emperor commanding a high degree of reverence for his dexterity, syncreticism and efficiency. However, it is interesting to note that the narrative of the evolution of Badshah Salamat (Akbar) being non-linear here begins with an interesting account of the journey of Firdausi Makani Babur to establish the Mughal empire. The story further extends to the tumultuous reign of Jannat Ashyani Badshah Humayun, becoming a springboard for weaving the story of Akbar’s reign. The story not only elucidates the reign of Emperor Akbar but gives a glimpse of Akbar as a human in the process of becoming the most celebrated Emperor in Mughal History. The major events in the life of Akbar are painted in a lucid manner keeping intact the exquisite details of Mughal culture and its roots. The novel can be touted as a blending of historical, literary and cultural discourse where the factual narrative of Akbar’s life is laced with a discreet amount of fictionality. What strikes most about the novel is the nuanced manner in which the available historical facts are blended and organized to create an engaging and informative narrative. The narrative places Akbar as the Emperor whose secularism and power turned him into a mystical sovereign in popular imagination of his contemporaries. It offers a new vantage point to look into the characters who shaped Akbar’s personality and experiences alongside occupying a significant place in Mughal history.

Machinations and power struggle had always been an intrinsic part of Mughal History. Shazi Zaman intricately and cautiously creates a web of incidents which affected the life and journey of Akbar. The battles, the court intrigues, the friends and foes and other historical figures are all familiar and accessible to the reader. However, the way in which the novel re-introduces the familiar characters and incidents brings to the forefront their tangential impact on Akbar’s performance. It interestingly gives a sneak peek into the psyche of an Emperor who is revered as an image of God. The author endows Akbar with human qualities, propensity to falter, to be vulnerable, to have doubt and fears, thus offering not just a glance at an Emperor as a human but also structuring this emotional framework within the era he belonged to, by collating the cultural and religious identities and discourses prevalent in the period. In the structuring of the novel intense and dedicated archival research has been undertaken. The use of the popular historical sources Tuzuk-e-Babri, Akbarnama, Muntakhab-ut-Tawarikh, and Humanyunama reflects the scholarly value of the work, and the novel can be perceived as a comprehensive compendium of Mughal history under its famous Emperor Akbar.

The novel has references to multiple paintings from the Mughal period and another lesser known but crucial work Dalpat Vilas. However, it is the end of the novel which floats above and brings out the exquisite beauty of Akbar’s rule and his immortality as a legendary ruler exemplifying mystic secularism. Shazi Zaman ends the novel with a sense of continuity and carves a rhetoric of cultural syncreticism, thus, bringing out the essence of literary fictions and historical fictions, and collates the two kinds of fiction and embellishes it with a tinge of fantastical and fanciful tales.

Alka Lakhera wrote her MPhil Jamia Millia Islamia. She has completed her BA (H) and Masters in English from Delhi University. alka.lakhera18@gmail.com