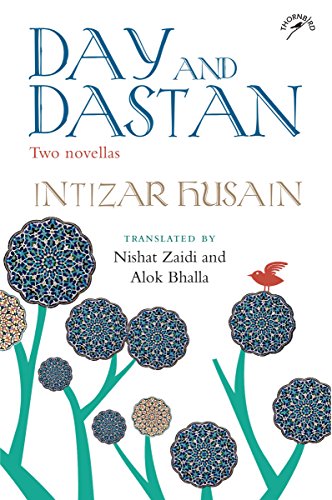 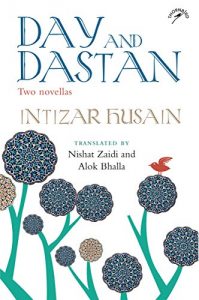 While reading Intizar Husain’s Din (Day) I am reminded of Pashemaani (Regret) by Ikramullah Khan. Both the novellas have two child protagonists each, through whose experiences an idyllic life is created, against which the violence and depravity of modern life is depicted. Of course, the way the two writers deal with the afterlife of Partition is different. Ikramullah’s criticism of the atrocity and violence against marginal communities like Shia and Ahmadi is frontal and unambiguous, Husain’s response to such phenomena in his fiction is muted, couched in subtle symbolism, myths and metaphors. Both the writers recognize that violence of any kind leads to a degradation of human life and impacts the tenor of human relationships. As if as a recompense, we have touching descriptions in both the novellas of children’s attachment to the little joys of life, to the world of flora and fauna, of beautiful butterflies who act as messengers to Allah, gorgeous beetles, chameleons, neem tree blossoms that promise both normality of life and its capacity for renewal and regeneration. What the two novellas have in common also is an admirable economy of style, often austere, to depict the oppressive quotidian that threaten to overwhelm the reader by its banality, but held in control by both the writers with equal panache. I am also reminded of Abdullah Hussain’s Nasheb (Downfall by Degrees), the gem of a story that is in the same league. All of them, available in excellent English translations, depict the achievement of this sub-genre of novella in Urdu in Pakistan which, often, is overshadowed by the more prominent presence of the Urdu novel.

The volume under review contains two novellas–Day and Dastan–written in two radically contrasting modes, the former written in the reflective-realist mode while the latter in the mode of fantastic medieval romances. Readers of Husain approach him with a certain baggage, thinking that Partition will always be an overarching presence in whatever he wrote. In Day, the word ‘partition’ does not occur even once, and so also in Dastan, yet it is an unseen presence that frames the main plot of the novella. It is mainly the story of a lost world that cannot be reclaimed but only memorialized. It is no surprise that the most touching moments in the novel are those that involve Zamir and Tehsina, the innocence and optimism of childhood is pitted against the overarching gloom of youth and its sordid realities.

But Husain’s story is not merely one of nostalgia and the grace and charm of an old world, but also about the many little oppressions and deprivations in that world which readers and critics tend to overlook. Though they are of the same age, Tahsina’s upbringing is circumscribed by all kinds of social restrictions and taboos, and she is subjected to daily chores while Zamir had the luxury to get lost in the world of Alif Laila. He is never shown to do any chore or asked to help out.  Similarly, other women in the novel seem to lack any agency and only passive receivers of the calamities thrust upon them by male choices and actions. They spend their lives in relative obscurity, spending their time in inane gossip while the men are shown to have an awareness of world events.

The following extract will make it clear: ‘One day, full of sympathy, Ammi blurted out, “Badi Apa, this work is taxing, it’ll drain the life out of poor Tahsina; single-handed, she takes care of the haveli. It’s not fair!”

Badi Apa replied, “What is so taxing about it? If she’ll not do the work, will someone from outside do it?”

“Badi Apa,” Ammi answered, “you are really cruel to leave all the work to her.”

“Aji, unmarried girls should get used to doing household chores. After all, they’ll go to somebody else’s house after they are married. Who’ll feed them there if they don’t work?”

… Ammi gave up. Tahsina continued to do all the work.’

Din, as well as Ikramullah’s Pashemaani demonstrate the consummate skill of both the writers in bringing to life a whole epoch in fine ethnological minutiae, their attention to the smallest evanescent details, the slightest vibrations of feeling and gesture of thought with clinical precision. Ikramullah provides readers ‘local habitation and name’ to anchor their thoughts while Husain does not care for any such details. It is just a ‘basti’ located somewhere in his imaginative world, dotted only by a haveli and an unfinished kothi, and the members of a family set adrift in the throes of the changing times and values.

Dastan, on the other hand, revels in its sheer abandon and surfeit of action, as if to compensate for its lack in the Day. Husain’s narrator replicates the tradition of dastangoi in his narration investing it with all the essential elements of a dastan, i.e., razm (battle), bazm (assembly), husn-o-ishq (beauty and love) and tilism (magic). Divided in two parts, ‘Jal Garje’ (The Thunder of Rivers) and ‘Ghode ki Nida’ (The Screams of the Horse), it combines history with myth and fantasy in a typical dastanesque fashion. The world of dastan is an inclusive one, consisting of human and non-human, natural and supernatural, and these worlds are not mutually incompatible but collide and coalesce and comment upon each other. In the volume, the supernatural world consists of a mysterious black river, which challenges the gallant soldiers, a revolving tower, mythical trees and beasts, and lonely princesses. Multiple narrators—Hakimji, Samad Khan and Tote Mian describe events associated with the 1857 ‘mutiny’, the legend of the magic tower of Sher Shah Suri, popular legends recounting the heroic deeds of Haider Ali and Tipu Sultan and Imam Husain’s black horse that decided the rise and fall of kingdoms. Dastan is steeped in Shia cosmology and history, and the apocryphal story of Imam Husain’s martyrdom at Karbala provides the frame and the pivot for all the stories underlining the fact that violence is inherent and endemic to society and human beings are often victims of vast historical forces over which they have no control.

The quality of translation in both the novellas is uniformly good. It is lucid, readable and culturally informed. The rhythm of Urdu prose is difficult to replicate in English, culturally loaded symbols and metaphors resist transference, but the translators have succeeded commendably on both the counts. The comprehensive introduction will provide a good entry point for the reader and the carefully crafted glossary will help those who want to delve deeper in the historical and cultural significance of events and metaphors. Finally, Niyogi Books deserves a pat on the back for the quality of production and an extremely cheerful and attractive cover. The volume is certainly a valuable addition to the growing corpus of Intizar Husain in English translation.